The Saudi darling joins Karen Wazen by becoming the first regional ambassador of an iconic brand. 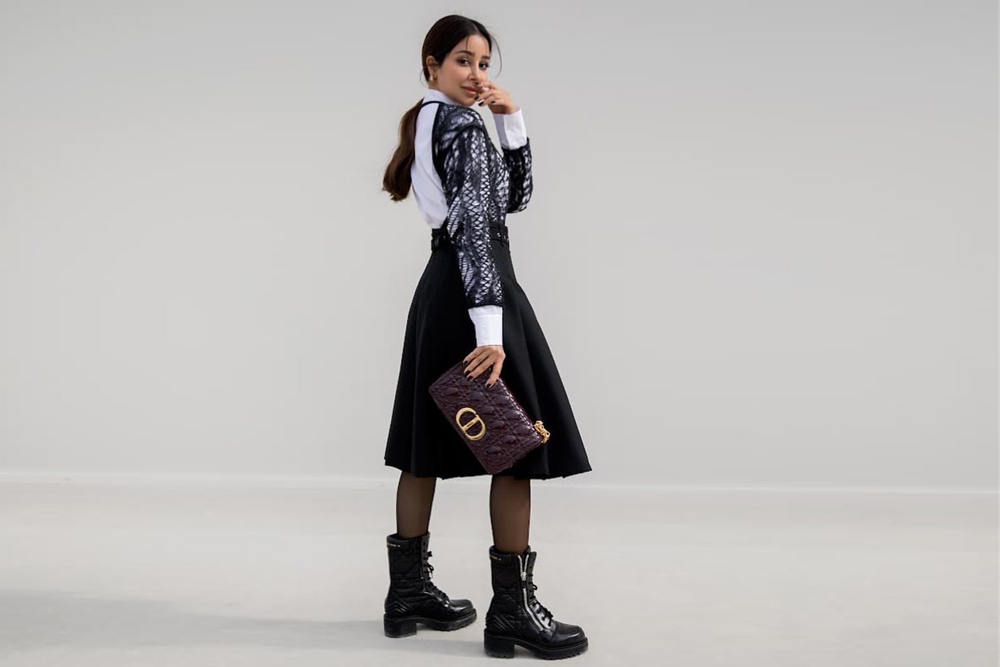 Aseel Omran has just scored a major campaign. The Saudi actor and singer has been named as a Dior brand ambassador and is the first person from the Middle East to join the high-end French label’s tribe. She will be adding her special touch to the latest womenswear and fine jewellery while joining club members like Cara Delevingne, Natalie Portman, Jennifer Lawrence, Rihanna, Carla Bruni and Monica Bellucci.

As one of the Arab women making fashion history, the songbird-turned-actor took to Instagram to share her impressive feat. Omran also treated her 6 million followers to a picture of her in an edgy yet elegant black and white Dior look.

“I’m proud to share with you a partnership that is dear to my heart. Today I’m officially the first @dior ambassador in the Middle East and I cannot begin to express my excitement level,” the 32-year-old style star wrote. “Dior is a brand I was genuinely a big fan of growing up. I can’t wait to show you what the rest of the year holds.”

Omran was inundated with support and well wishes from fans and other regional A-listers and influencers like Mona Zaki, Deema Al Asadi, Ola Farahat and Dima Al Sheikhly. And of course, her older sister, TV presenter Lojain Omran, also had some encouraging words to say about the new partnership, writing: “proud of you little angel.”

The Khobar-born star has previously joined forces with other internationally renowned brands like French cosmetics giant L’Oreal Paris and Bvlgari. She teamed up with the Roman jeweller for their "Glam Rebel" and Save the Children campaigns.

Omran started her rise to stardom after participating in reality TV shows “Gulf Stars” and “Hiya wa Huwa.” After signing with Rotana Records, she released her debut album “Khajlanah” in 2007 and it was followed by “Allah Yhannini” just a year afterwards. The gorgeous go-getter then came up with her third album, “Mo Bessahel” in 2011. Omran, who garners millions of views on YouTube with her music covers and collaborations, has also become a favourite due to her roles in TV shows, including Netflix’s “Black Crows,” “Harun Al-Rashid,” “What If?” and “Akoun Aw La.” Additionally, she started making waves with her humanitarian work after she started supporting UNHCR, the UN refugee agency, in 2019 and signed on as a UNHCR High Profile Supporter in the summer of 2020. Omran has been making a difference in various ways, from spending the day with Esraa, a refugee girl, at the Za’atari camp to shining the light on the agency’s “Every Gift Counts” campaign.