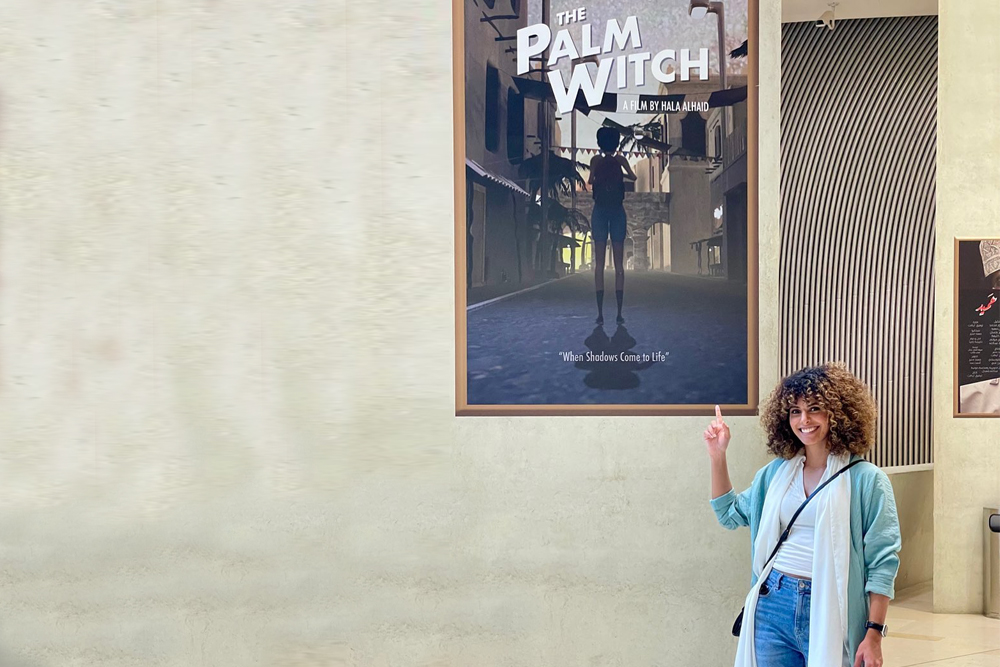 With a passion for storytelling, Hala Alhaid is an Saudi Arabian animator renowned for her stop motion short "The Dark Cloud," and 3D animation "The Palm Witch," which were featured at high-profile film festivals such as the Red Sea Film Festival, the Saudi Film Festival, and others.

This now Riyadh-based animator and filmmaker studied at King Saud University, where she obtained her degree in audiovisual media. After graduating, she then enrolled in New York Film Academy to study 3D animation. Afterwards, she attended Pratt Institute in New York through King Saud University, hence becoming the first Saudi to be transferred for an M.F.A. in Digital Art.

In addition to being a student in animation and digital arts, Alhaid has also worked as faculty at King Saud University where she's contributing her newly learned expertise, while simultaneously improving the curricula. Between 2016 and 2017, she also worked as an intern at the Saudi Broadcasting Corporation, animator and editor at Added Values, and animator at AD.

When it comes to storytelling and animation, however, Alhaid has shown a growing passion for the art form since university. While at King Saud University, she often used her phone to learn animation techniques. Currently, she's quite experienced in story writing, storyboarding, character designs, and using specialized software for animation.

In fact, one of her earliest works includes the stop motion short "The Dark Cloud," which premiered in 2015. This was followed by the 3D short film, "​The Palm Witch," in 2021. Its plot, which was inspired by old stories told by elder family members to get kids to return home early, follows two friends Sara and Nora, and the struggle of loneliness and separation amidst the looming presence of the night witch. At the moment, Alhaid is working on an upcoming motion feature produced in Saudi Arabia.