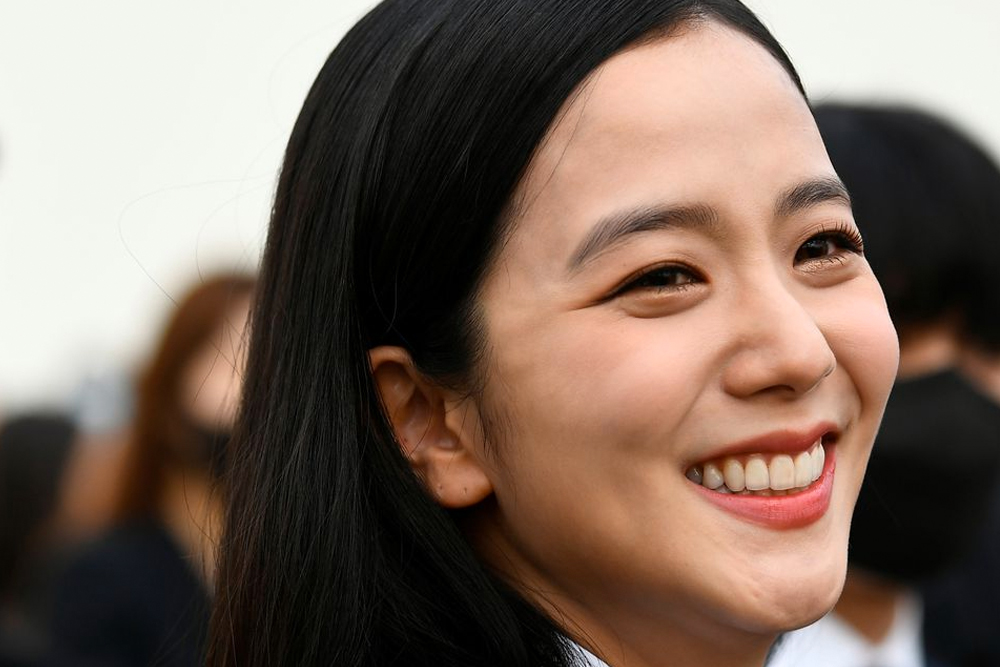 Dior cast fashion as a means of survival, kicking Paris Fashion Week into full swing Tuesday with a lineup of house classics, reworked – and rewired – with a technical bent. 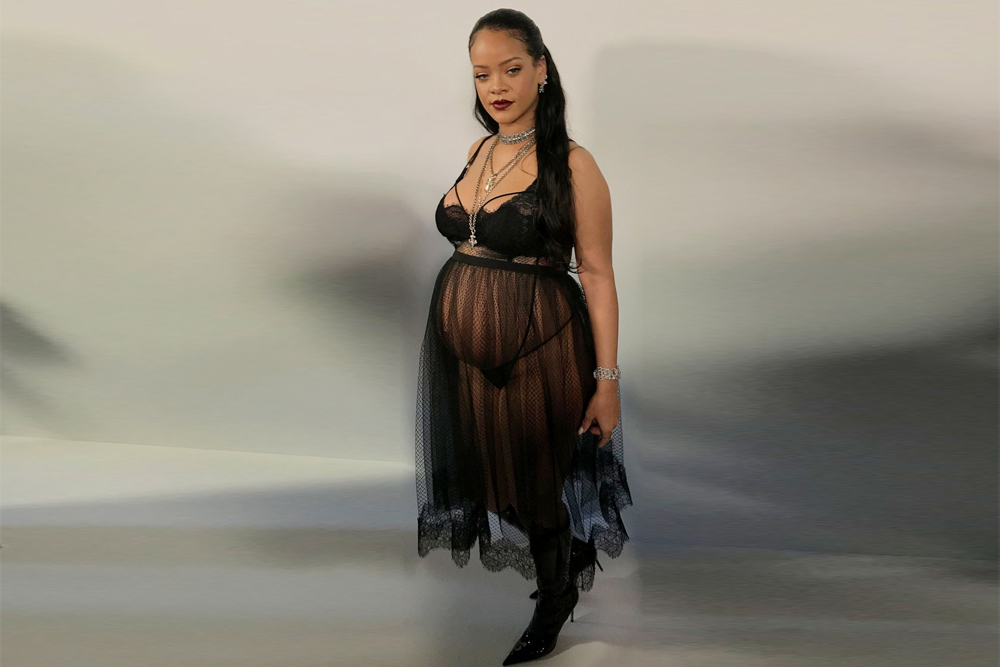 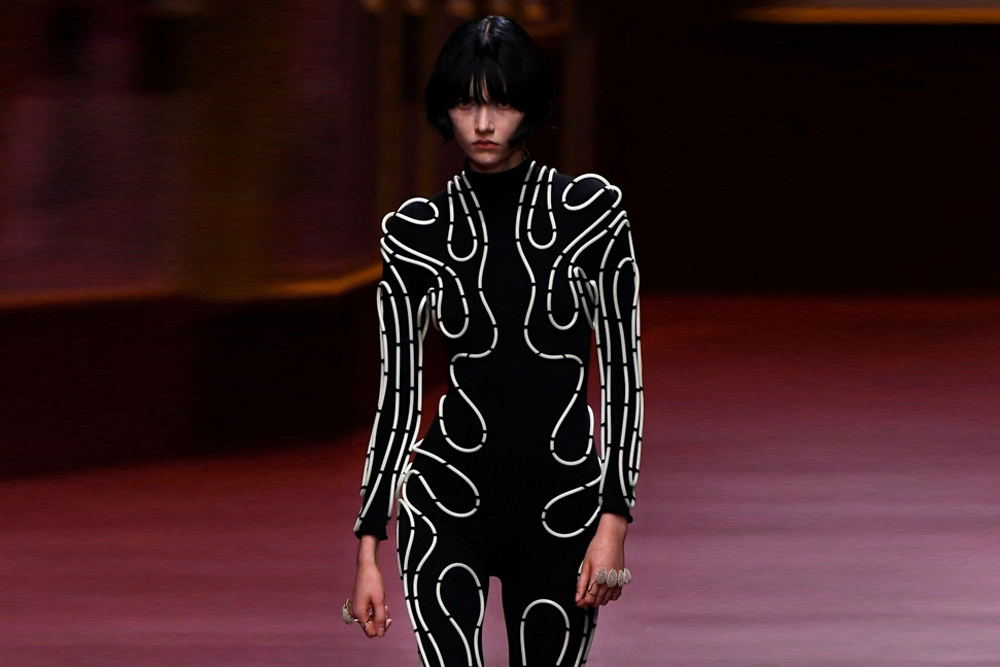 The LVMH-owned label was the first major brand to show at Paris Fashion Week, which runs through March 8 and caps a month of fashion events in New York, London and Milan.

“I think that to explore this kind of territory helps us to understand the real value of fashion,” Maria Grazia Chiuri, womenswear designer for the LVMH-owned (LVMH.PA) label, said in an interview. 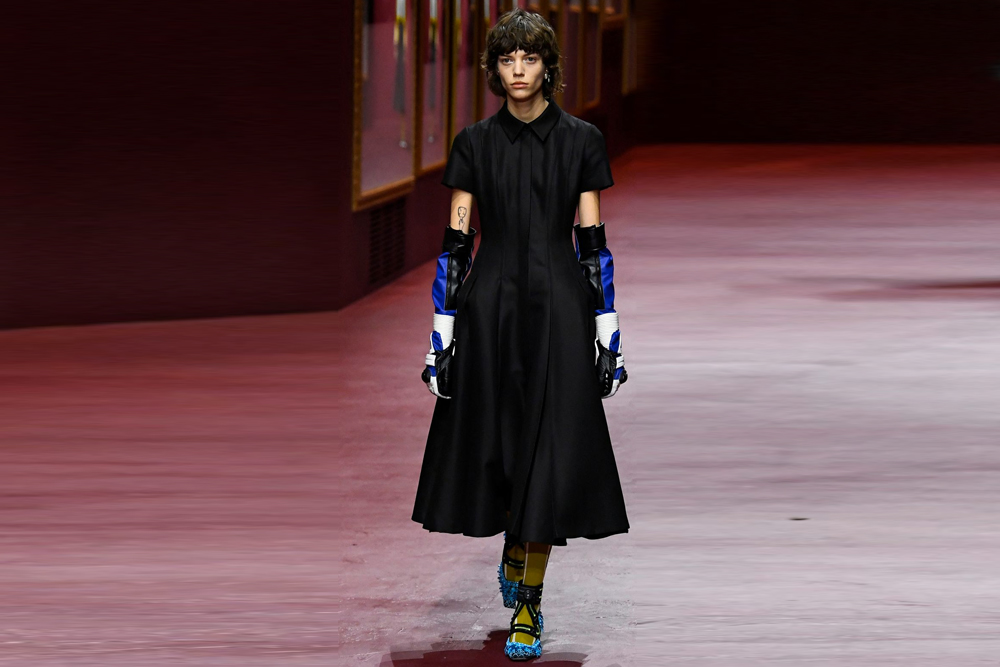 “Sometimes we think of fashion only with an idea of an embellishment of our body, not something where our body lives,” she added.

The designer worked with D-Air Lab, an Italian company that makes safety gear with airbags designed for workers that fix wind turbines, and protective clothing for Artic exploration – linked to the label Dainese, of Seventies-era motorcycle suit fame. 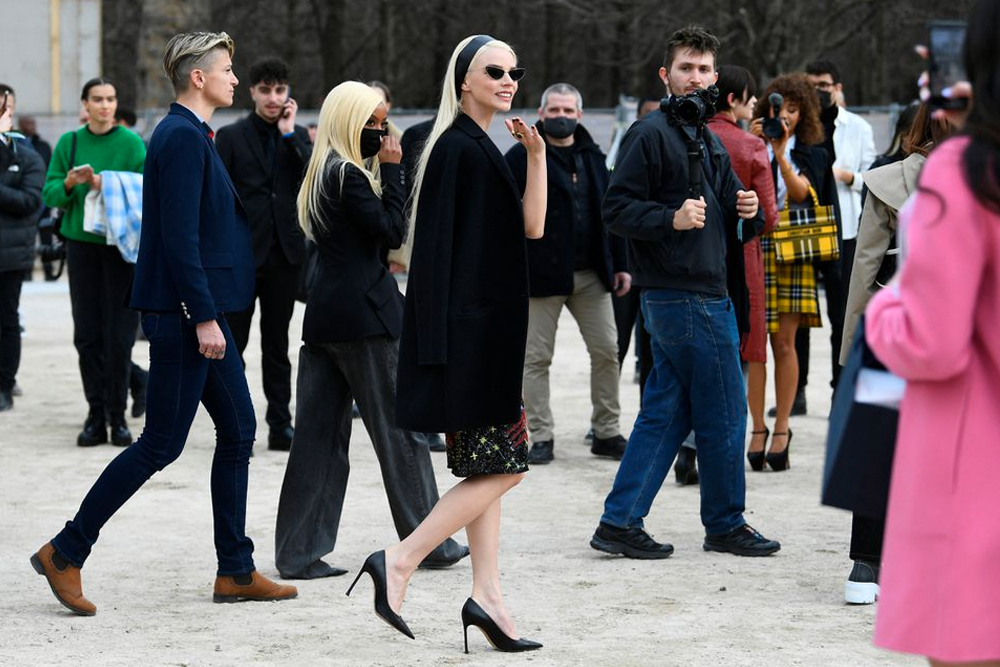 The opening look, a catsuit wired with luminescent tubing, came out before the lights went up, setting the stage for those that followed, blending high-tech nylon with cashmere, sheer mesh, cinched bar jackets outfitted with heating systems, corsets and biker shorts, accessorized with futuristic goggles and sparkling head bands, that sat atop tightly-woven braids, tucked closely around the head. 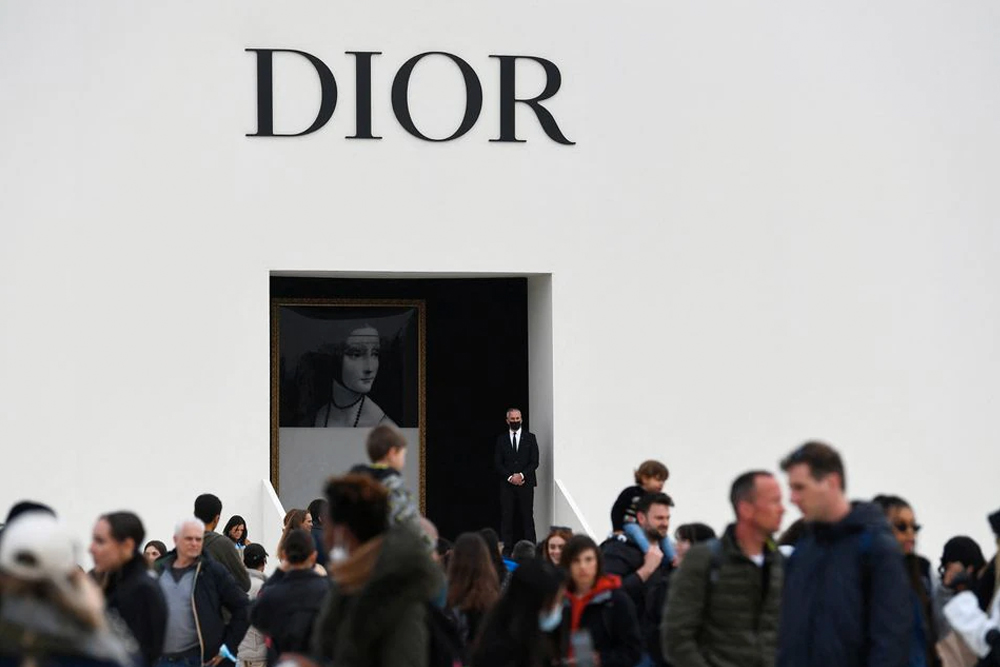 The show drew crowds of screaming fans, who rushed across the public gardens to greet K-pop star Jisoo of Blackpink as she exited the venue. 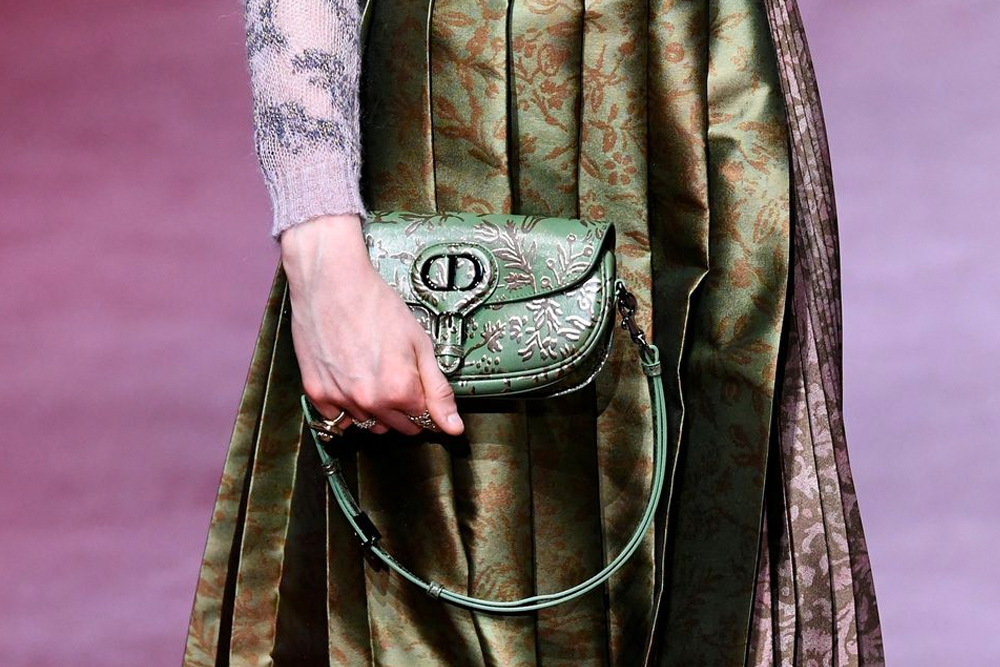 Rihanna also attended the event, sliding into her place next to LVMH boss Bernard Arnault once the audience was seated and ready for the show, prompting guests to stand up to catch images on their phones of the pregnant star.