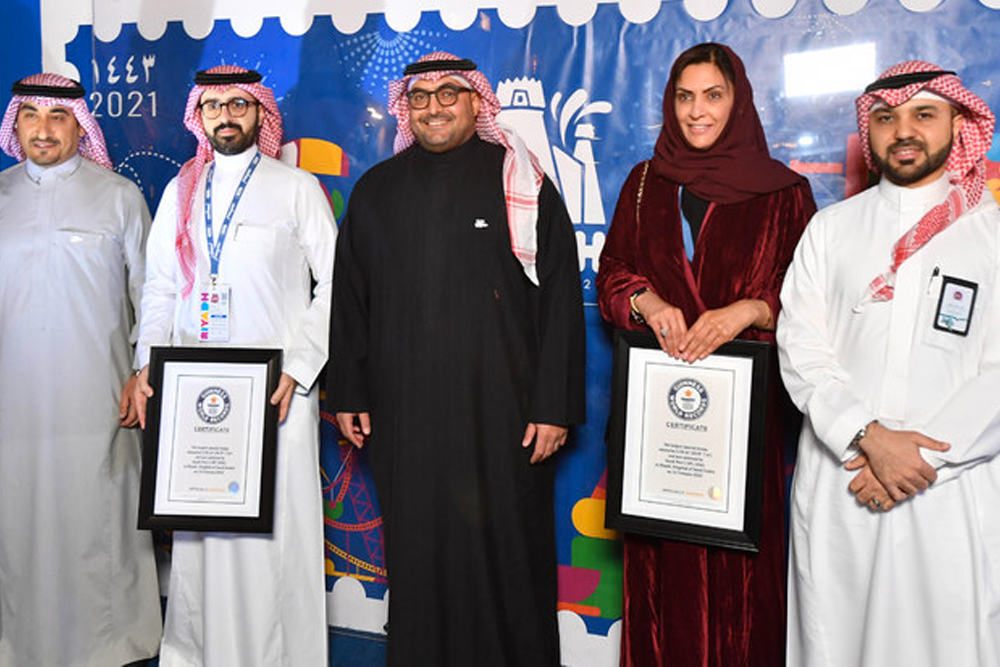 The stamp measures a rather enormous 64 square feet 7 square inches and broke the record for the “biggest special stamp in the world” on 14th February 2022 and it was unveiled to the public when Saudi Post displayed it at Boulevard Riyadh City, which is located in one of the Riyadh Season zones. 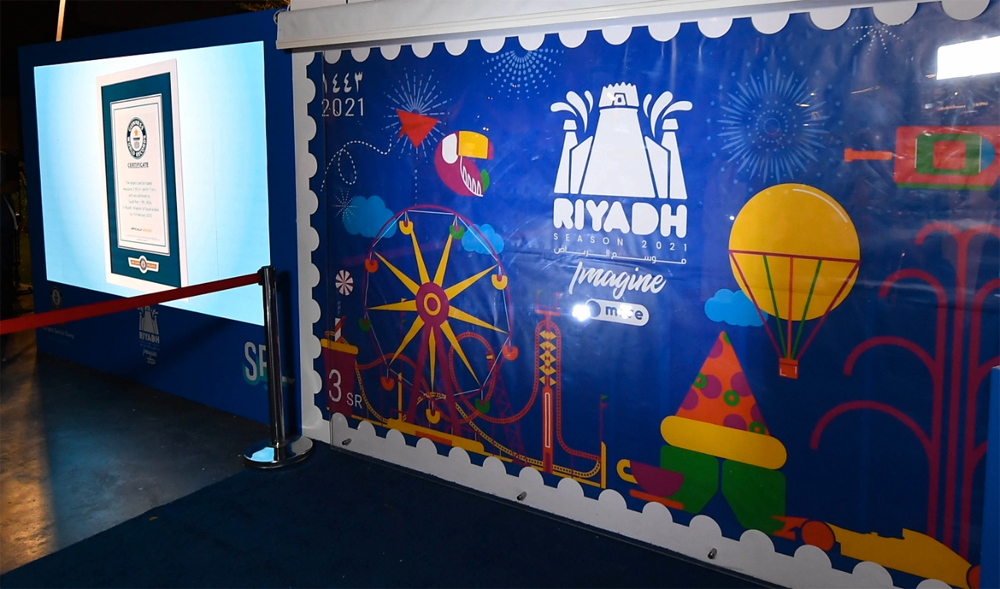 Bandar Al-Toaimi, Saudi Post’s general manager of corporate communications, told a local publication, “By revealing this stamp, the world’s largest special stamp, we broke Walt Disney’s record, set in 2019,” He added, “We are so delighted it has been achieved by Saudi capabilities; from concept to design and implementation, it was all done by Saudi talents devoted to Riyadh season.”

The Riyadh Season stamp was unveiled in the presence of president of Saudi Post, and Faisal Bafarat, the CEO of the General Entertainment Authority, Anif Abanmi, who said, “This stamp represents the imagination that the Saudis have; imagine more, imagine bigger. The stamp is a symbol of our ambition and, thanks to our government, we always prove to ourselves that we can present the best.” 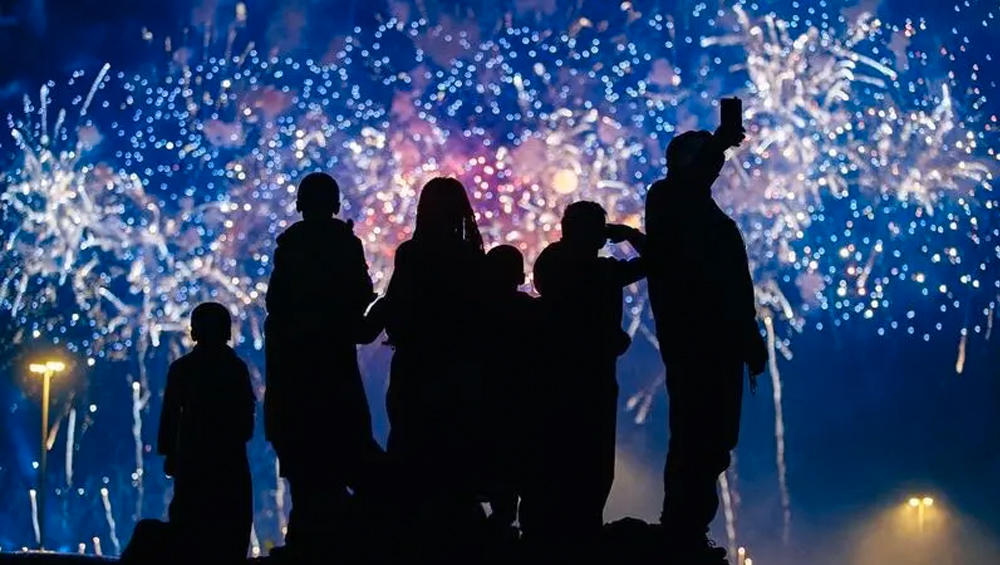 Saudi Arabia’s record breaking stamp is dedicated to Riyadh Season, which was first launched in 2019 and has since become one of the kingdom’s biggest events in the country’s entertainment calendar. The images across the stamp convey a wintery scene, the Riyadh Season logo, a racing car, fireworks, a fountain and a hot air balloon – showcasing just some of what the country has to offer in way of tourism and entertainment.

Bandar Al Toaimi also added, “Commemorative stamps represent national or historical events or occasions. The stamp will remain a memory and commemoration of the Riyadh Season and it will not expire.”