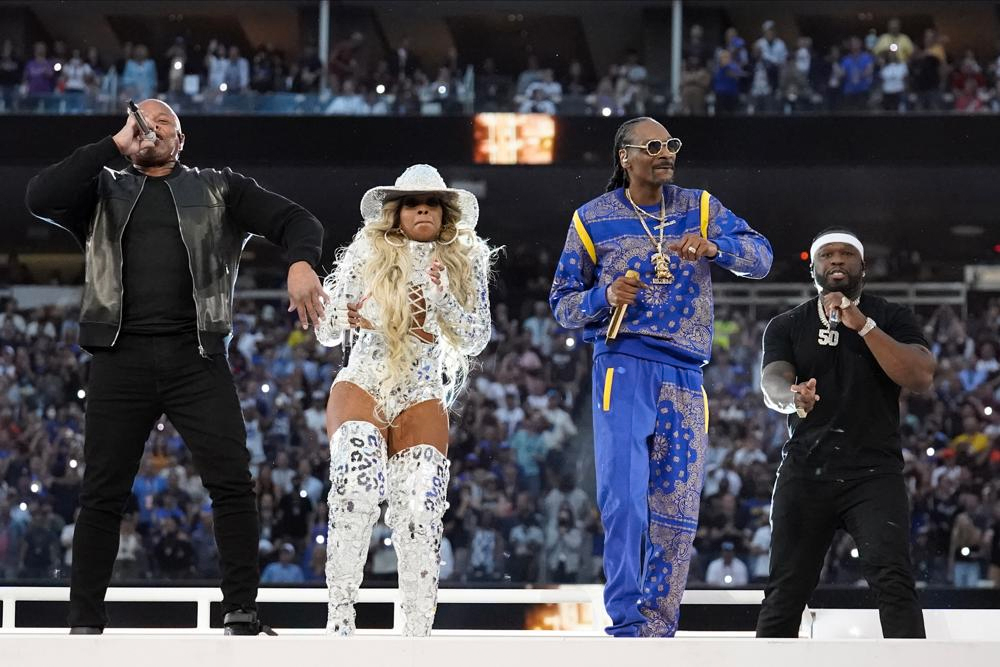 Dr. Dre & Co. took the weight of the hip-hop culture on the Super Bowl stage, shouldered the pressure from skeptics and delivered a strong halftime show to prove that edgy rap can work at the world’s biggest sporting events.

All it took was hip-hop’s most controversial figures — and one knee taken by music’s most prominent white rapper.

Dre, Snoop Dogg, Mary J. Blige, Eminem and Kendrick Lamar were headliners along with 50 Cent as a special guest at the Super Bowl halftime show on Sunday. Their collective performance is one of the best since Beyoncé and Bruno Mars’ halftime set in 2016. 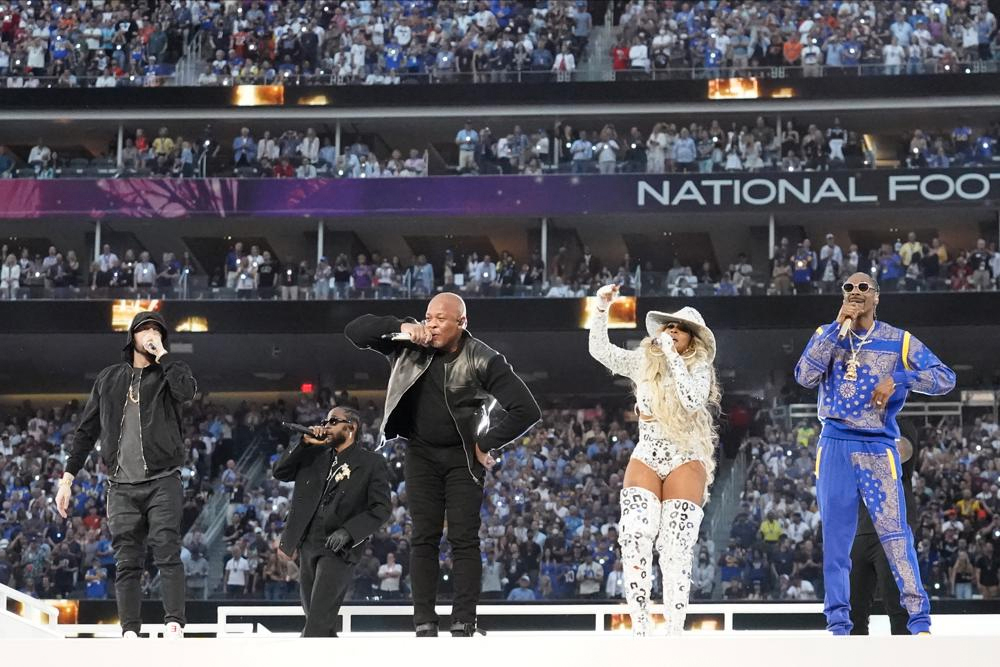 Each performer offered their own element: Dre, Snoop Dogg and Lamar brought their West Coast flavor. Blige — known as the “Queen of Hip-Hop Soul” — sang and danced her heart out. 50 Cent hit the musical rewind button with “In Da Club.”

When Eminem’s turn came, he performed a couple of his hits starting with “Forgot About Dre” with Anderson .Paak playing the drums. He seemingly defied the NFL by kneeling after performing “One Shot,” though the league says it knew it would happen. 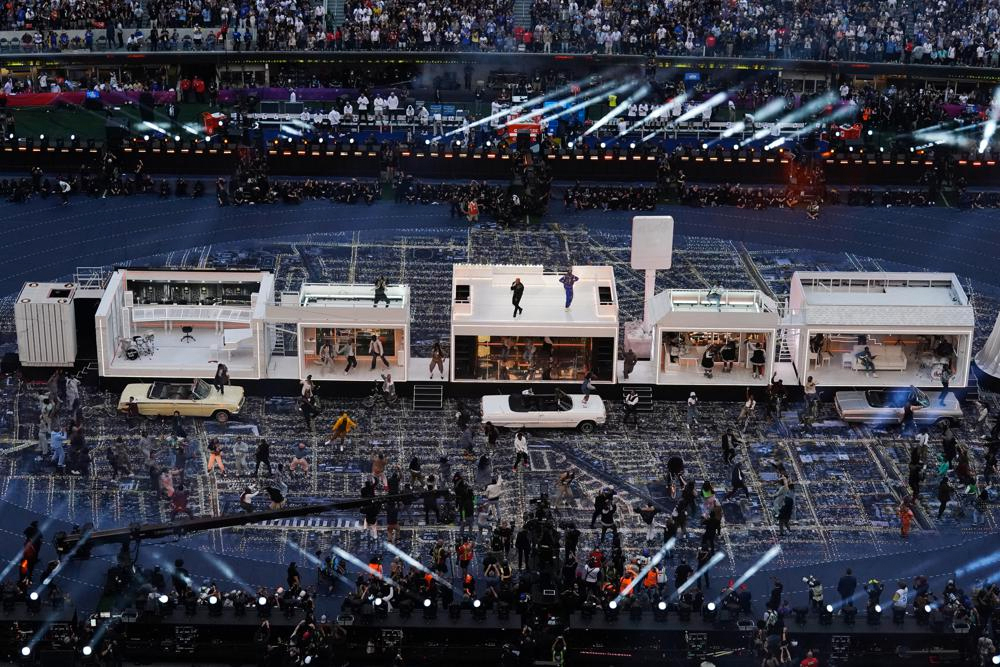 Eminem stayed down on one knee for a moment while Dre sat in front of a piano and played Tupac’s “I Ain’t Mad at Cha.” 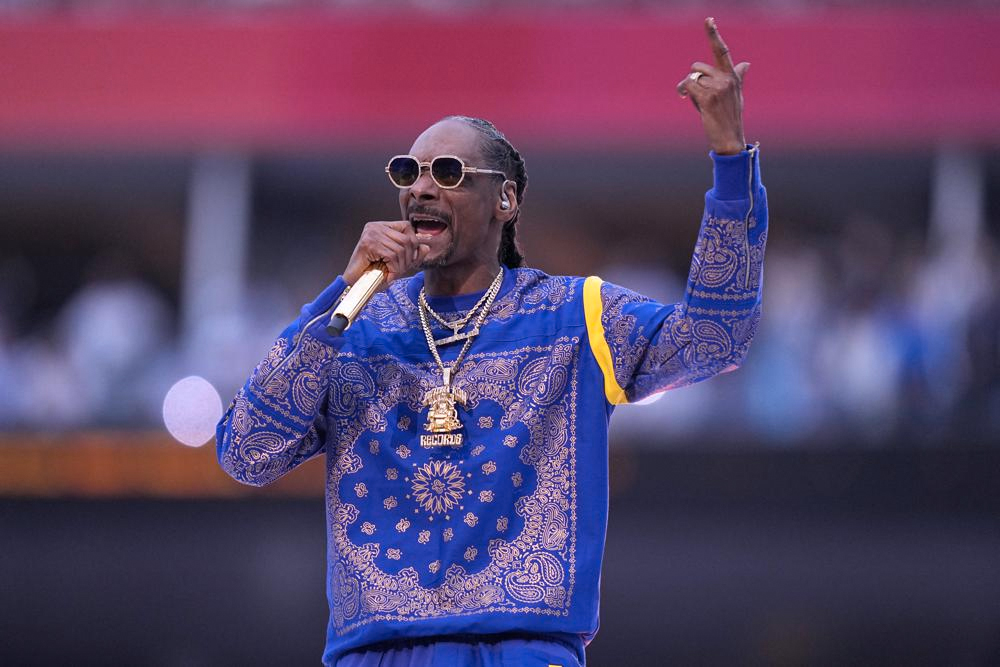 Dre, a prolific producer, kicked off the performance standing behind a sound table on top of a makeshift white house. He introduced Snoop Dogg — wearing a blue bandana outfit — who performed a few classics such as “The Next Episode” and “California Love.” 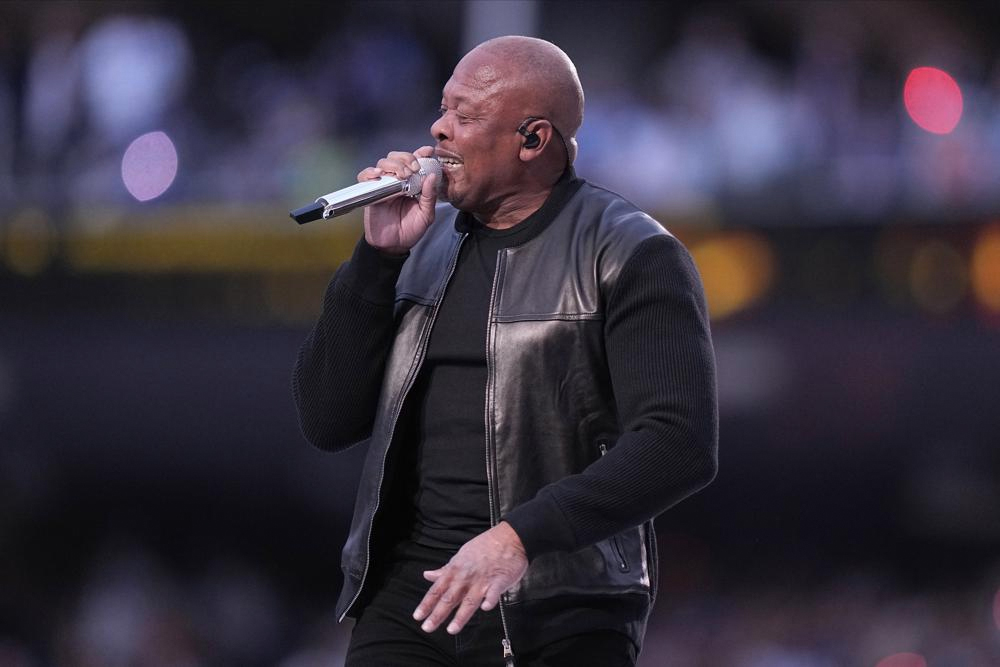 Like in his “In Da Club” music video, 50 Cent began his set upside downside wearing a white tank top.

Blige appeared on a rooftop with a slew of dancers jamming to her classic melodies “Family Affair” then performed “No More Pain.” Her set seamlessly went to the black suit-wearing Lamar who was joined by other Black men sporting same outfits as him.

After Eminem’s performance, all six joined together as Dre rapped “Still Dre.” Their closing act had an array of dancers dressed in khaki outfits. 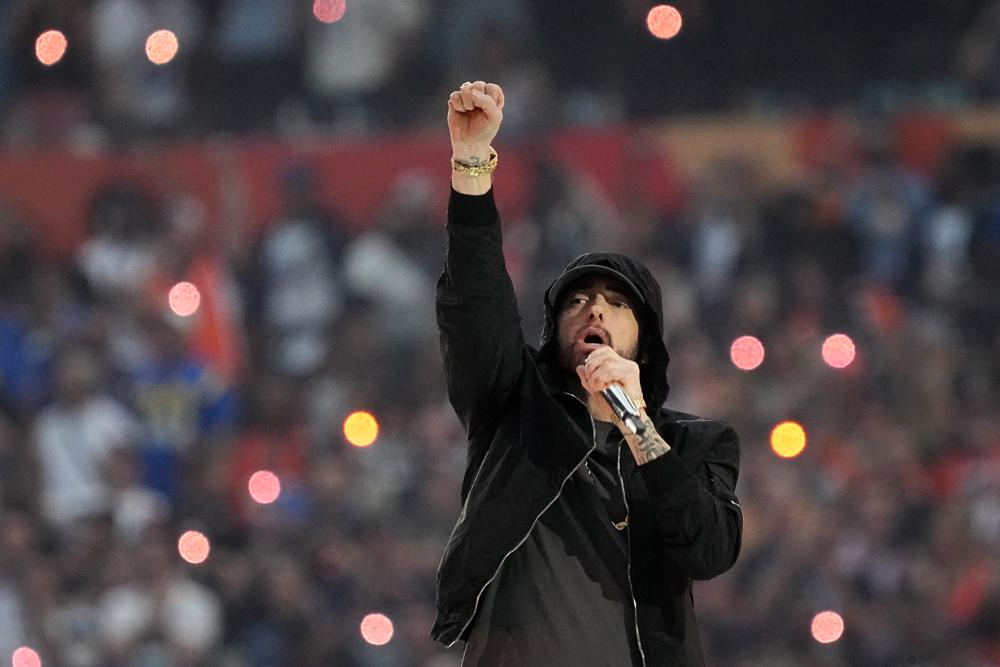 The six legendary performers – particularly Dre and Snoop Dogg – performed the clean versions of their songs for the PG crowd. It initially felt kind of weird at first, because there were several instances when a expletive word was replaced by a safer one.

On the NFL national stage, that worked to their advantage. Why? It shows that hip-hop can be performed in various versions and still be appealing to the ears.