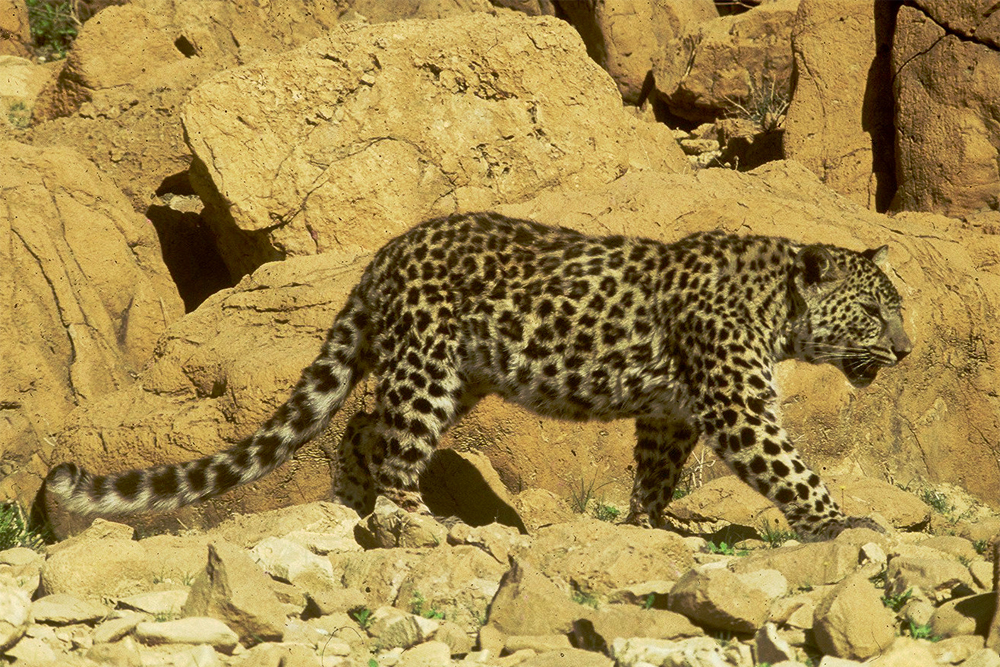 This week saw the launch of the inaugural Arabian Leopard Day, an event that Saudi Arabia and other Gulf countries hope will shine a spotlight on the endangered Arabian leopards, and the importance of conservation. Historical sites and famous landmarks across the region lit up in the evening to mark the occasion, which included the iconic Elephant Rock in AlUla, Saudi Arabia, and Burj Khalifa in Dubai, the United Arab Emirates (UAE).

Happy Arabian Leopard Day! Today, we celebrate the critically endangered Arabian leopard. Panthera and the Royal Commission for AlUla (@RCU_SA) have entered into a historic partnership to recover the Arabian leopard and other leopard populations around the globe. pic.twitter.com/knvG9GAhzB

Saudi Arabia's Royal Commission of AlUla (RCU) campaigned to have the event held annually, in addition to signing the Memorandum of Understanding (MoU) with Catmosphere. The MoU aims to help strengthen efforts to protect the Arabian leopards, which will include campaigns, events, and outreach initiatives. Simultaneously, the commission is overseeing ongoing efforts to reintroduce the Arabian leopards into the wild, which is currently home to just less than 200 of the wildcats.

Fewer than 200 Arabian leopards remain in the wild. @RCU_SA is shining a light on the need to protect this critically endangered species by projecting images of big cats on landmarks in the UAE, Saudi Arabia and Oman for the first Arabian Leopard Day.#ArabianLeopardDay pic.twitter.com/fsXoxoUKj6

"The Arabian Leopard is a powerful symbol of our aim to conserve and safeguard AlUla's natural environment through far-reaching conservation efforts designed to protect the natural flora and fauna of this incredible part of north-west Arabia," Amr AlMadani, the Chief Executive Officer of RCU, said in an official statement. He was joined with His Highness Prince Badr Bin Abdullah Bin Mohammad Bin Farhan Al Saud, the Governor of RCU, and Princess Reema Bint Bandar Al Saud, founder of Catmosphere, at the occasion.

The commission's official website (www.rcu.gov.sa.) also hosts materials that anyone can use to mark Arabian Leopard Day, which includes hashtags to use, an Instagram filter, and a printable coloring book for children.

We will not stand idly by until it is extinct
Protecting the #Arabian_Leopard is a priority#Arabian_Leopard_Day#Saudi_Vision_2030 https://t.co/mvZO5b3Kcl

In addition, schools and institutions across the region participated in the occasion with initiatives, with many in Saudi Arabia sharing social media posts under the hashtag #WorldLeopardDay. In association with Catmosphere, Google also marked the occasion with a life-size render of an Arabian leopard, which can be interacted with via augmented reality (AR). You can access this on any smart device by googling "Arabian Leopard”.