Burqas Made from American Candy Create Dialogue Between East and West 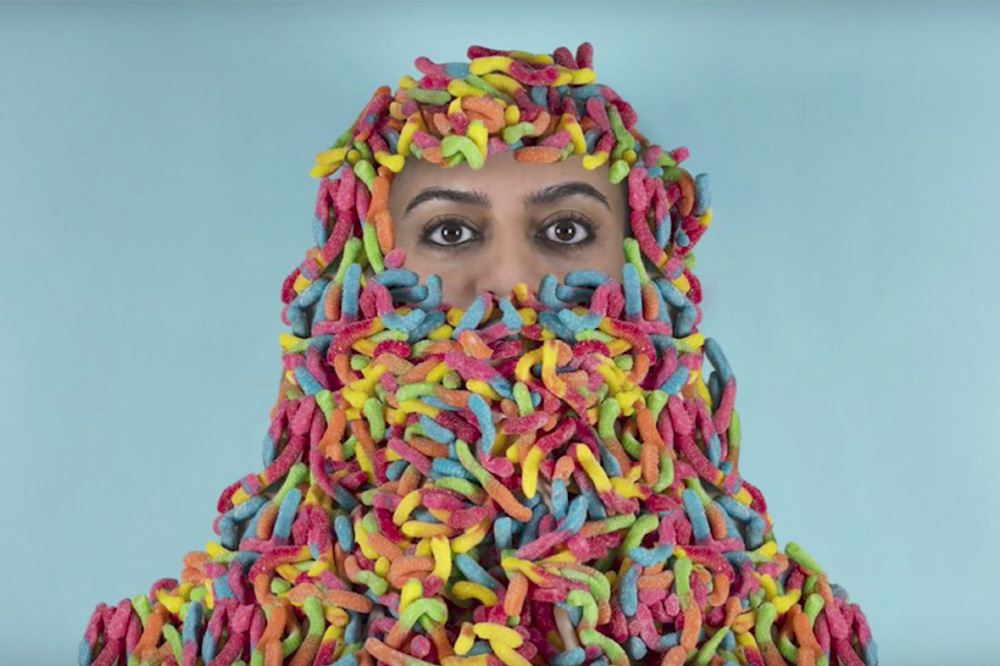 Behnaz Babazadeh decided to use her art as a form of political commentary to question how the burqa is represented in the West.

The Afghan-American artist immigrated to the United States with her family when she was a young girl. Although she was used to wearing a headscarf, she was shocked when her mother suddenly told her that she didn’t need to wear one anymore.

“We all have memories, moments in our lives that we never forget,” Babazadeh said in her TEDx Talk. “I was in my room folding this beautiful piece of fabric … and I placed it on my head, aligned the edges perfectly and I clipped it right below my chin. I go downstairs to join my family for breakfast and as soon as I get down my mother looks at me and says “ honey, you don’t need to wear that here, take it off. The kids at school will make fun of you.” 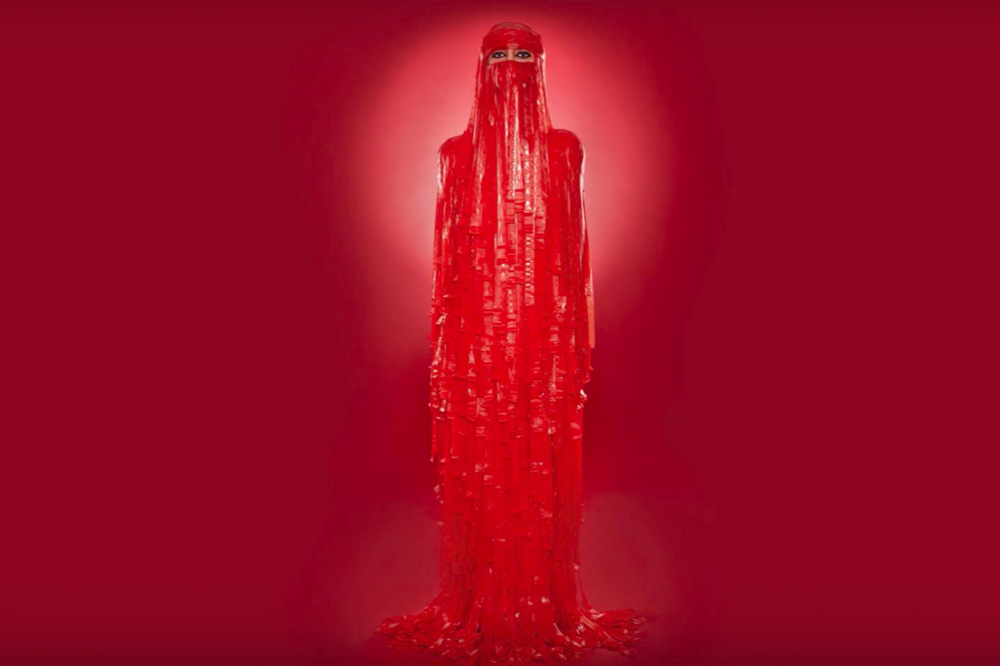 This moment set Babazadeh on a journey to try and understand - and reconcile - the different representations and perceptions created around covered women in the East and the West. 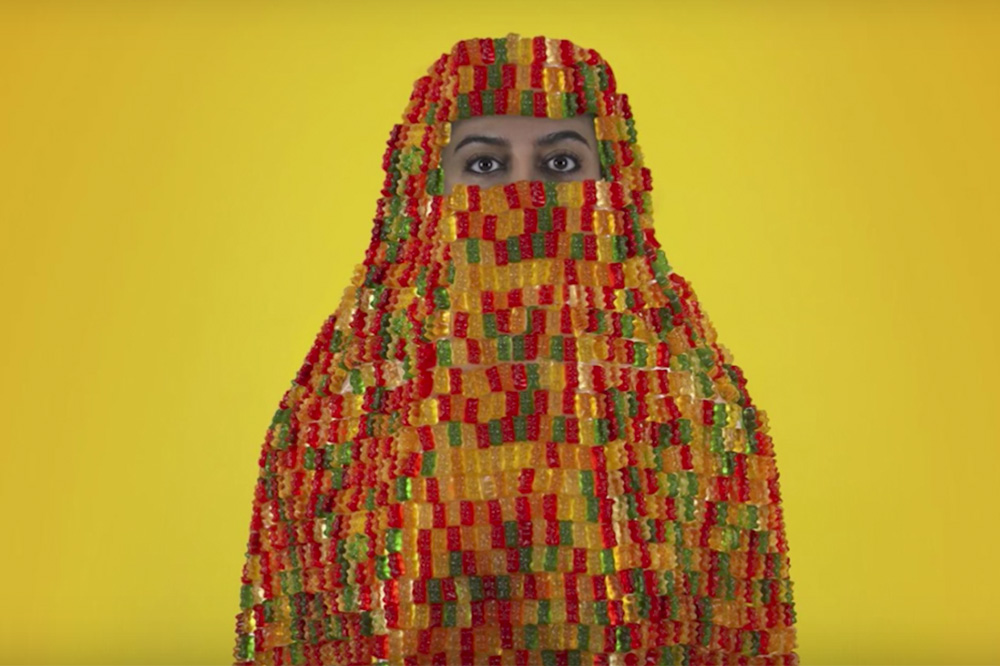 In one of her first projects, she decided to wear a blue burqa from her native Afghanistan, to university. She was shocked at people’s reactions to the garment, especially when the security guard at her school refused to let her into the building. “I had had regular conversations with the security guard and … it made me feel as though I was some sort of monster or a villainous terrorist,” she said. 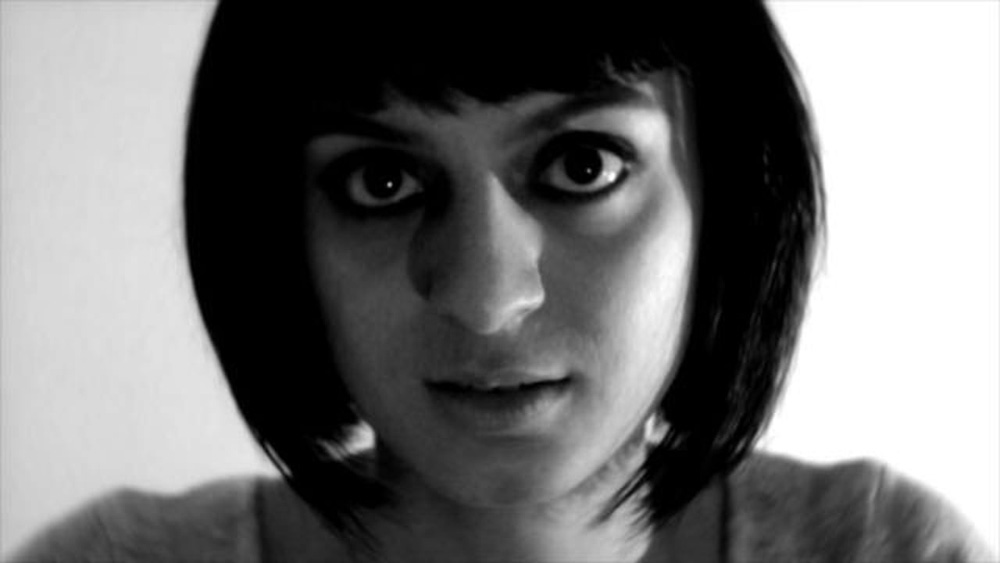 Although she was hurt by the altercation, she decided to challenge the negative reactions to the burqa and other Muslim dress, by recreating the garment out of candy. “Growing up in America I really loved American candies … and I wanted to used a material that evoked these sorts of happy emotions and happy thoughts,” she said. “It’s hard not to have a reaction to a burqa made of gummy bears.” 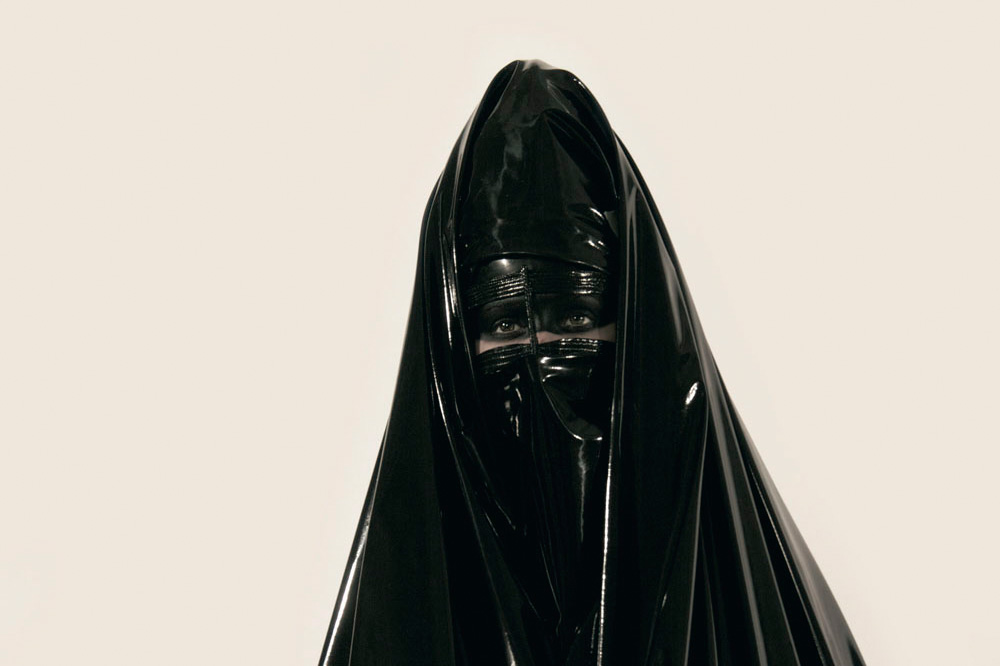 Babazadeh also wanted to juxtapose the West’s association of edible clothing as sexual with the image of the covered woman as oppressed and celibate. 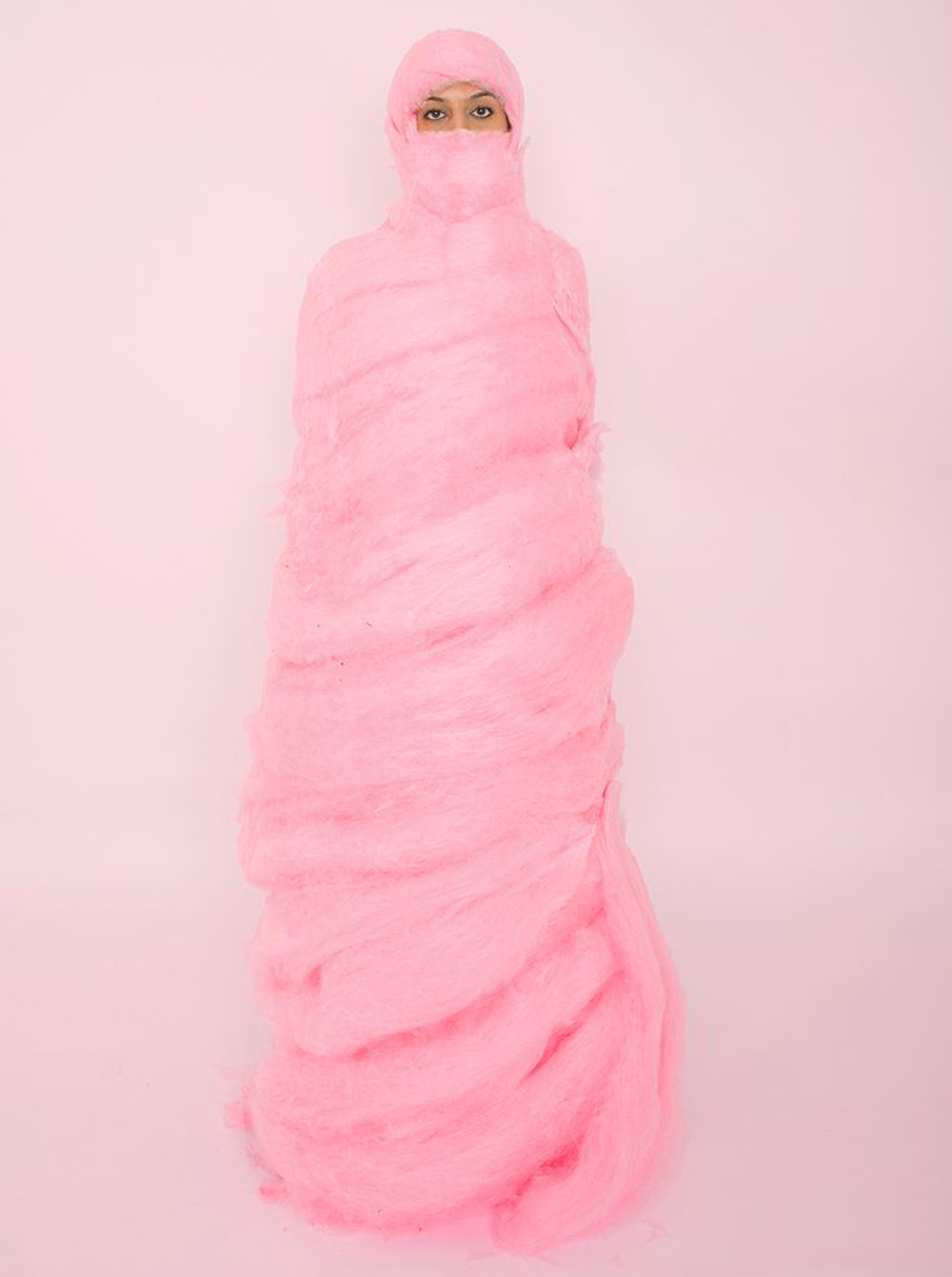 The mixed reactions to her candy burqas - from empowering to arousing - highlighted her message that the burqa doesn’t always have to be seen as negative.

“The veil itself is just simply a piece of fabric,” Babazadeh explained. “It’s just as comforting as a hat and just as protective as an umbrella.”