It’s going to be a fantastic 14th edition! 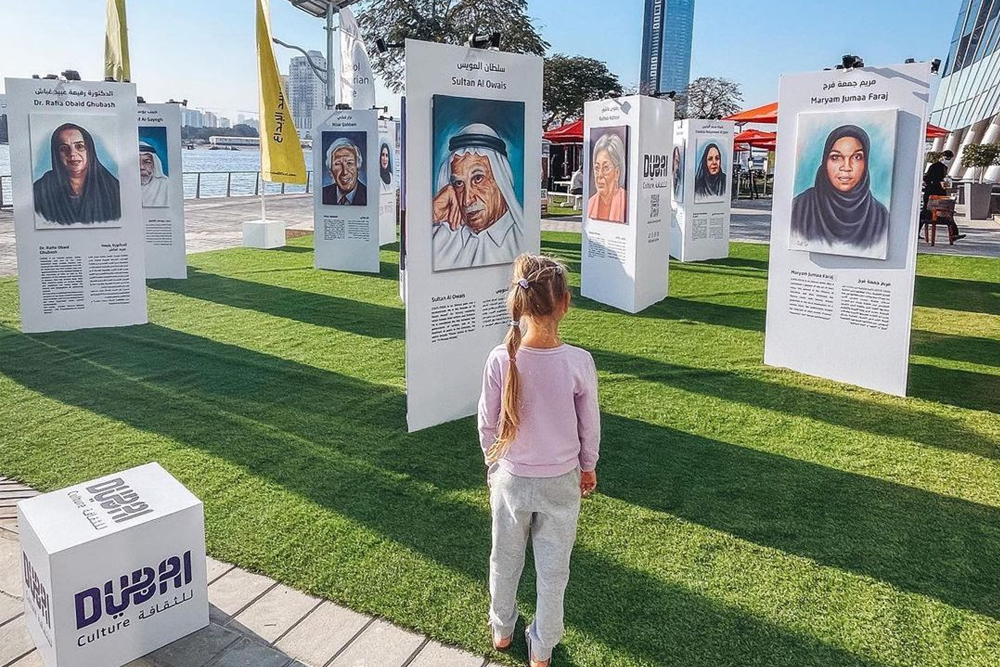 A mesmerising short video that showcases the talent to be enjoyed at the Emirates Airline Festival of Literature is getting us super excited for the event, which is taking place from 3 – 13 February. Some phenomenal talents that will be performing at the festival and call the Emirates home star in the video that's titled "Poetry in Motion,” helping to create a buzzy build up to the 14th edition of the leading literary festival, being held at Hilton Dubai Al Habtoor City and Habtoor Palace Hotel.

As well as showing Emirati performance poet Dr Afra Atiq performing on the Dubai Metro for unsuspecting commuters, the video features Dannabelle Gutierrez wowing with a poetry performance on Ain Dubai. Additionally, Emirati soul singer Arqam Al Abri is seen making his way down the creek strumming his guitar on an abra, heading to the Emirates LitFest's new home at the Al Habtoor City hotels.

Festival Highlights
During a free but ticketed session at Expo 2020 Dubai on February 7, award-winning poets Dr Afra Atiq and Carlos Andrés Gómez in collaboration with groundbreaking musician Brent Shuttleworth will premiere a multi-lingual, multi-genre performance. The presentation is a celebration of the power of the word and its ability to transcend divisions and boundaries, cultivate tolerance and inclusivity.

Additionally, Danabelle Gutierrez, Mark Fiddes, Omar Sabbagh and Sascha A Akhtar will share a stage during the festival. Their session, titled “The Thing With Feathers,” honours the hopeful theme of this year’s festival, “Here Comes the Sun,” with poetry. The four poets will each read and discuss pieces of their own work inspired by the theme and the work of other poets they admire that embraces hope in inspiring and refreshing ways.

Another highlight will see audiences being transported to Olympus by widely-acclaimed ‘Instapoet’ Nikita Gill as she performs her recently launched one woman show, “Maidens, Myths and Monsters.” There is also a session featuring top Emirati poet performances from Abdulrahman AlHumairy, Amal AlSahlawi, Mohamed Yousif Al Hammadi and Shaikha Almteiri presenting in Arabic.

The festival high spot, Desert Stanzas, is back with a night of poetry under the stars, with an all-star line-up of top-tier world poets like Afra Atiq, Ahmed Al Ali, Amal AlSahlawi, Brent Shuttleworth and Carlos Andrés Gómez. Danabelle Gutierrez, Elizabeth Acevedo, Iman Mersal, Nikita Gill, Noor Naga, Sascha A Akhtar and Zainab Arrefaei will also be part of the exciting evening. During the two-hour piece, audiences will hear stunning poems performed, an act from an oud player and the famous Desert Stanzas buffet.

To buy tickets and for the full list of authors, visit www.tickets.emirateslitfest.com