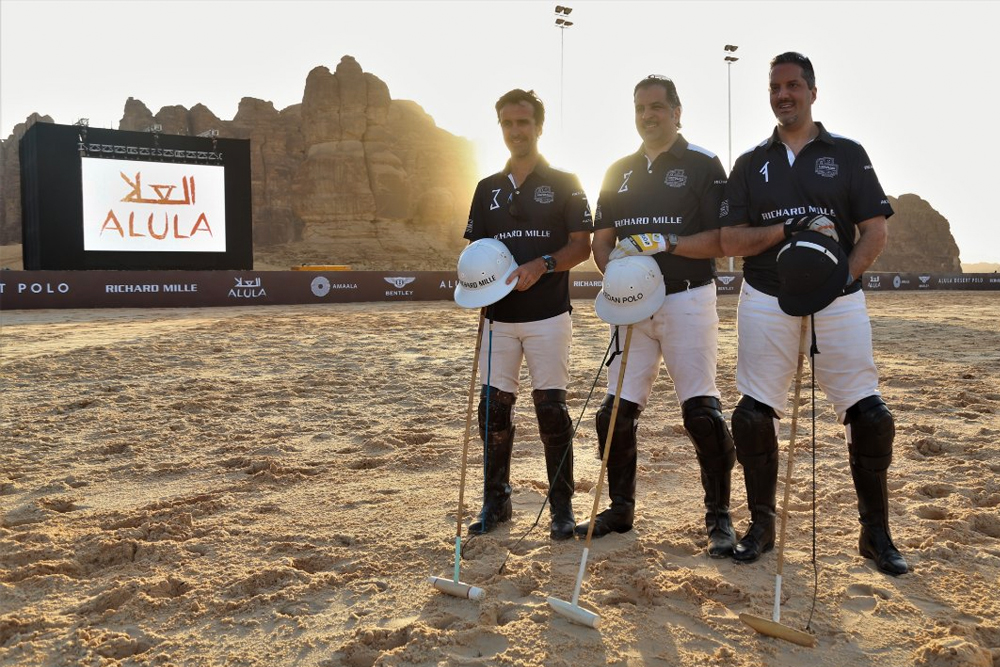 As part of the ongoing Winter in Tantora festival, the Saudi region of AlUla will soon be hosting the second edition of the Richard Mille AlUla Desert Polo. This equestrian polo event will leave its mark at the region’s heritage site, with four teams expected to compete. It is set to run from February 11 - 12, 2022.

There are a few things to know about the polo event. Organized by the Royal Commission for AlUla (RCU) in partnership with the Saudi Polo Federation, it is the world’s first polo event being held in a desert. It is set to take place in an arena next to an ancient site in Hegra, the first UNESCO World Heritage site in the Kingdom. The two-day event will see four teams competing against each other, with the Argentine team La Dolfina Polo Team, founded by renowned Adolfo Cambiaso, expected to compete.

In a recent statement, Cambiaso expressed his excitement in taking part in the upcoming event, saying, “We are excited to return to AlUla and play with fellow patrons and players from all over the world […] Since the first edition of Desert Polo, it’s been great to see the interest in polo grow in the Kingdom, and we look forward to developing the sport in newly explored regions such as AlUla.”

A historic moment for the Saudi Polo Federation as the first desert polo tournament in the world took place last weekend amongst the breathtaking AlUla canyons. #RichardMille pic.twitter.com/8r8r2ngYcE

In a recent development, in fact, the RCU entered a long-term partnership with La Dolfina Polo Team, which will help promote polo sport across the Kingdom. On his part, the chairman of the Saudi Polo Federation, Amr Zedan, said that his federation is working closely with RCU in developing new equestrian strategies in AlUla.

Tickets for Richard Mille AlUla Desert Polo are now available online, which can be purchased at here.