Merging the suggestions of the past and the dynamic of the contemporary, this special concert is such a magical way to welcome 2022…. 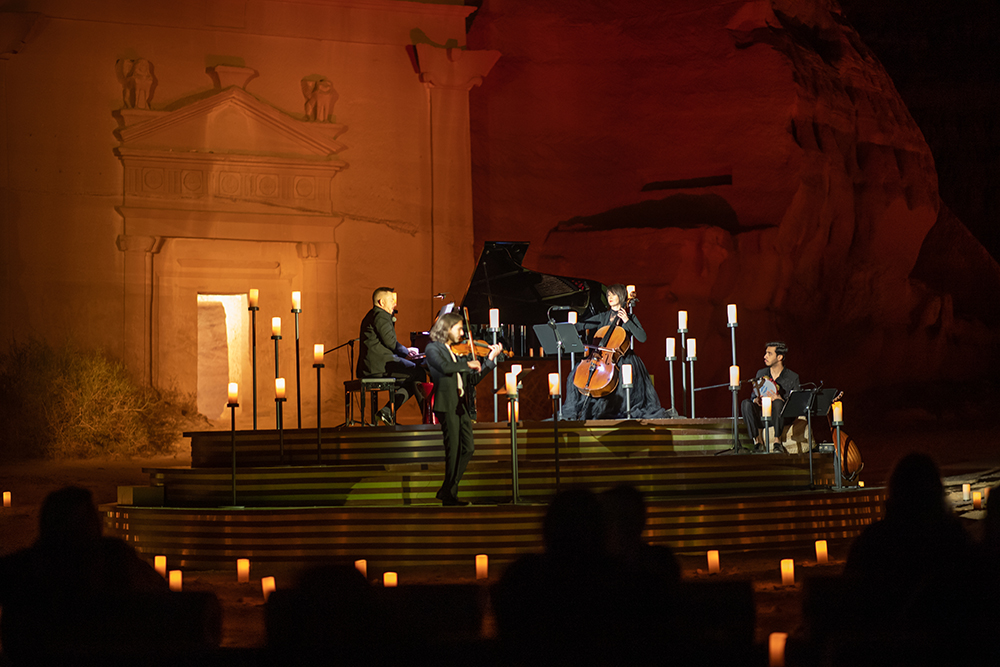 After the success of the first Candlelight Concert, another magical experience will light up the middle of the Saudi desert on December 31. The special atmospheric musical performance is set in the country’s exclusive UNESCO World Heritage Site, Hegra. The archaeological wonder, famous for having over 100 monumental tombs carved from rock formations and just 22 minutes far from AlUla, has never been used for concerts of such an intimate character before. 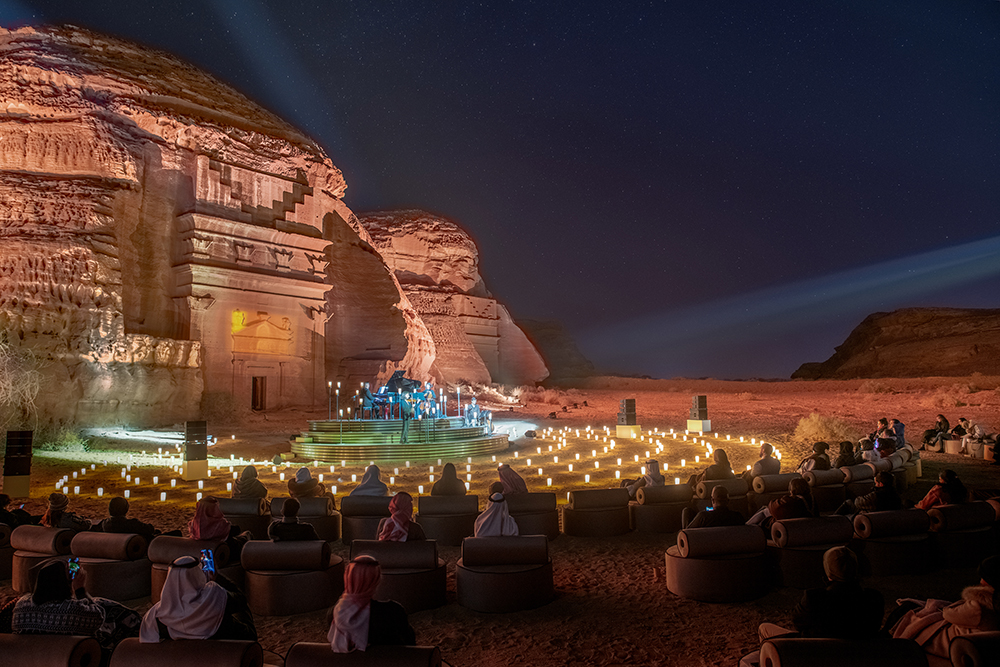 Produced by Balich Wonder Studio (BWS), the event will present a live evocative repertoire, featuring piano, violin, cello and oud, by the Stefan Lombard ensemble. The famous South African musical director has created a collection of short musical performances that range from classic and contemporary compositions to Arabic, movie soundtracks and a revised take on pop music. 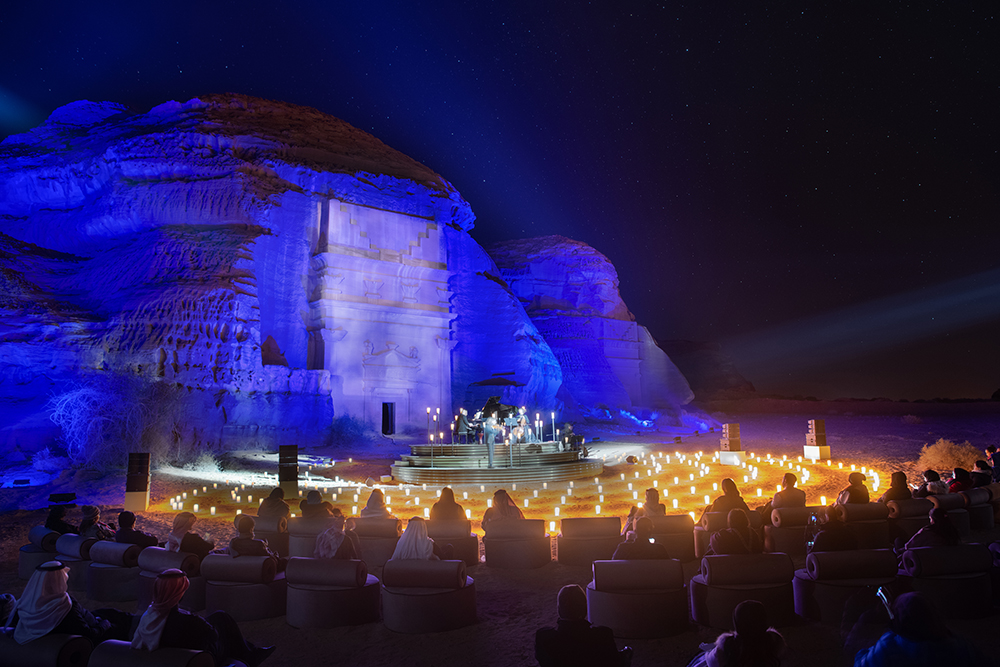 And 500 high-tech candles will be helping to create a magical atmosphere as the suite is being performed. Sculpted by hand, the candles allow spectacular graphic patterns that emotionally enhance the special moments by blending harmoniously with the forms of the impressive archaeological site. Thanks to their various control possibilities, they can shine all night, cosily shaping the surrounding, and glow four times as bright as a traditional candle without burning or melting. The unique colour combination allows for the same warmth as a real flame candle, plus an innovative algorithm can make an entire set of candles flicker differently, just like real candles would. 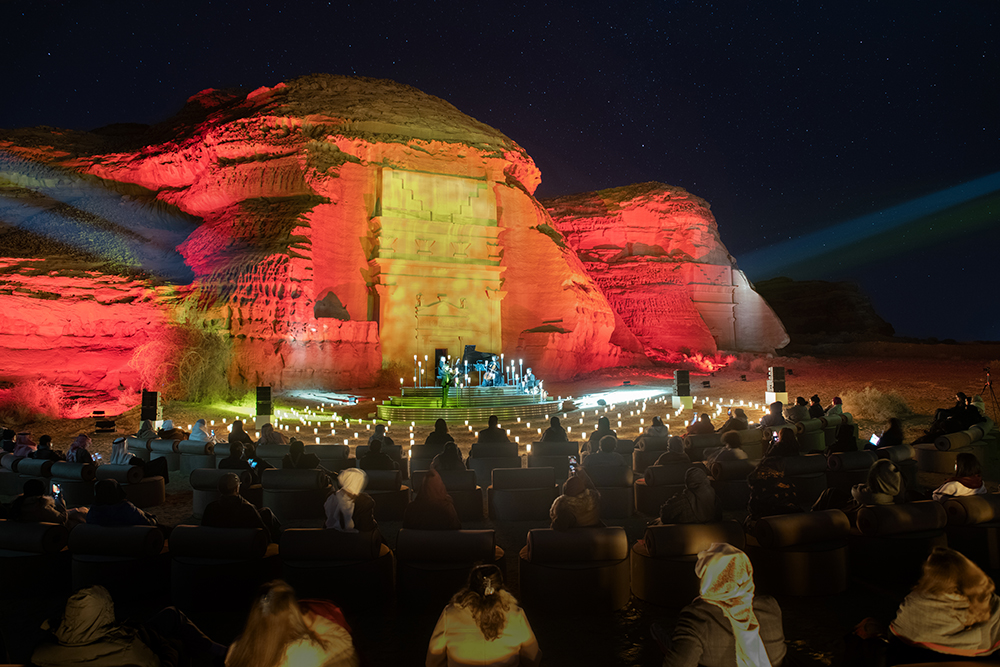 The two magical events are part of AlUla Moments Season, specifically designed for Winter At Tantora. The whole season is filled with high-end cultural, musical, wellness and arts events, as well as star-studded concerts, adventurous activities and immersive heritage experiences. 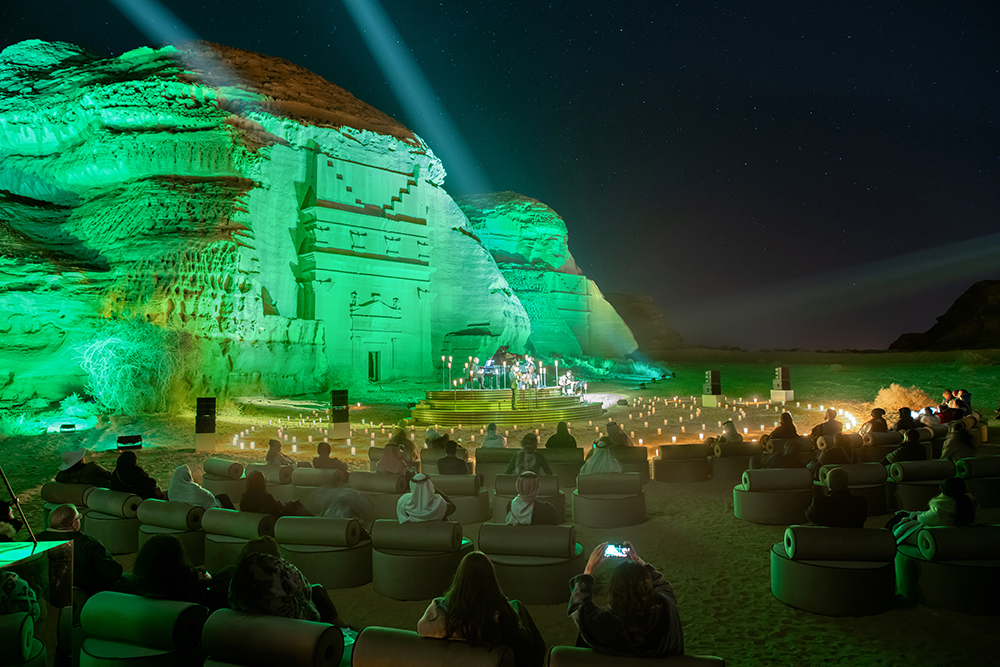 BWS is a live entertainment group, a leader in the creation and production of large-scale ceremonies, events and shows, brand and territorial experiences worldwide. And watch this space because BWS-KSA, the branch of the group based in Saudi Arabia, has been appointed by the Royal Commission for AlUla to produce multiple activities throughout the entire season that will enfold in late March. 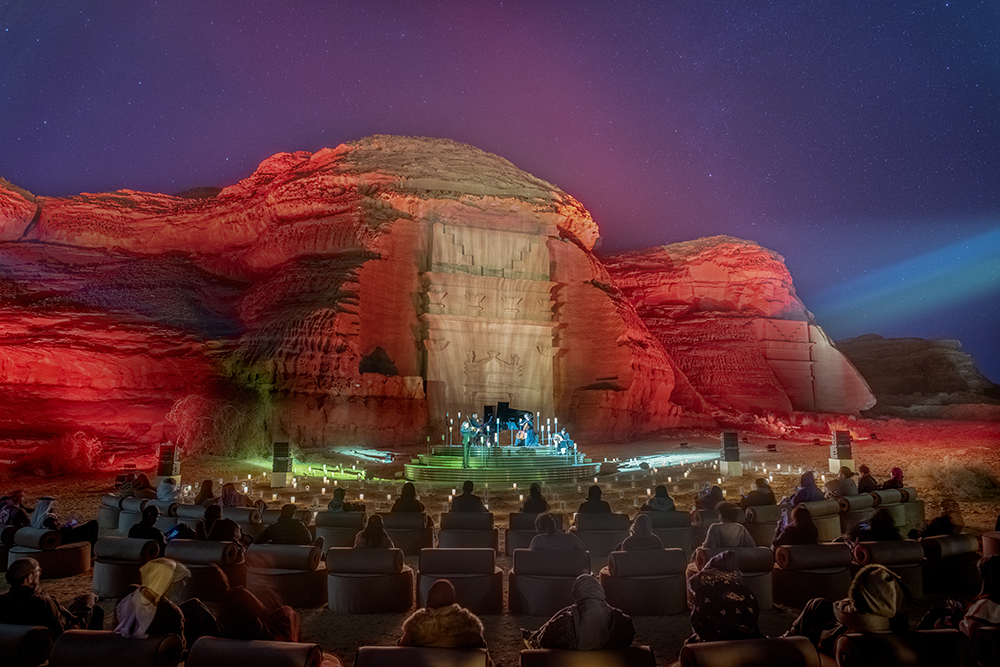