The more you know, right. 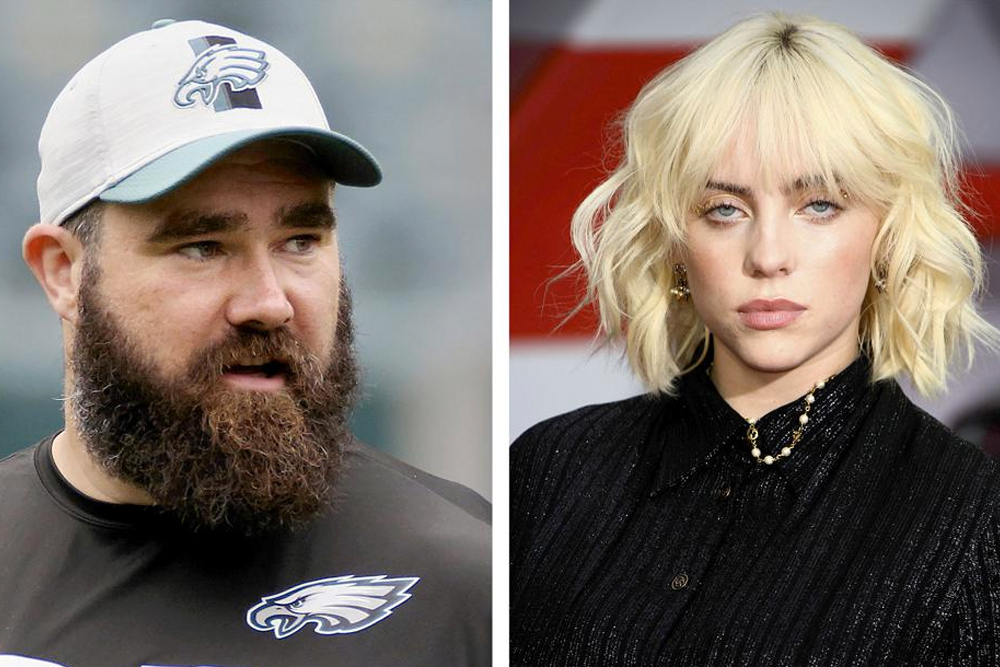 “Cheugy” is apparently a lot to chew on. Grammy Award-winning singer-songwriter Billie Eilish and Philadelphia Eagles center Jason Kelce have something in common — broadcasters butcher their names. And virtually everyone is having trouble with “omicron.”

All four made it onto this year’s list of most mispronounced words as compiled by the U.S. Captioning Company, which captions and subtitles real-time events on TV and in courtrooms. The list identifies the words that proved most challenging for newsreaders and people on television to pronounce this year.

The caption company said it surveyed its members to generate the list, which is now in its sixth year and was commissioned by Babbel, a language-learning platform with headquarters in Berlin and New York.

“Newscasters in the U.S. have struggled with 2021′s new words and names while reporting on key sporting events, viral internet trends and emerging celebrities,” said Esteban Touma, a standup comedian and teacher for Babbel Live.

“As a language teacher, it’s always interesting to see that some of these terms are usually new colloquialisms, or are rooted or borrowed from another language,” he said. “As a non-native speaker, I must confess it’s fun to see English speakers stumbling a bit for a change.”

Here’s how Touma breaks down the proper pronunciations for the most commonly misspoken words:

- Cheugy (CHOO-gee): A trendy term popularized by Gen Z and used to mock an outdated and unfashionable aesthetic typically associated with millennials, such as “Live, Laugh, Love” signs.

is getting married cheugy

- Chipotle (chih-POHT-lay): The American fast food chain became the center of a viral trend this year challenging Baby Boomers to pronounce the name.

- Dalgona (tal-goh-NAH): A Korean treat made with melted sugar and baking soda, popularized in Netflix’s “Squid Game.” (Touma notes that some speakers seem to produce a ”K” instead of the ”G” in the middle syllable.)

For an easy-to-make caffeine kick, try the whipped and fluffy Dalgona recipe that'll tantalize your tastebuds and up your Instagram aesthetic: https://t.co/UjOb0o0zhj pic.twitter.com/cTvQTCP08Z

- Dogecoin (DOHJ-coin): A divisive cryptocurrency that began somewhat ironically before being popularized by Elon Musk, causing its value to dramatically increase.

- Eilish (EYE-lish): The singer Billie Eilish, whose album “Happier Than Ever” wasreleased this year to critical acclaimand nominated for the Grammy Awards’ Album of the Year.

- Ethereum (ih-THEE-ree-um): Another cryptocurrency that skyrocketed in value this year amid the decentralized-currency boom.

A Canadian woman named Lauren Hunter just won Halloween with her perfect costume of the Ever Given ship, which famously ran aground in the Suez Canal in March 2021 pic.twitter.com/I0HzlMwMKM

- Omicron (AH-muh-kraan / OH-mee-kraan): A new variant of COVID-19 first identified in November, named in keeping with the World Health Organization’s system of identifying variants with Greek letters. (Touma notes it’s pronounced differently in the U.S. and the U.K.)

WHO: Countries should apply "an evidence-informed and risk-based approach" to travel restrictions in light of the omicron variant of COVID-19. The organization said that "blanket bans" will not prevent its spread. pic.twitter.com/zJkQBLqAqC

- Shein (SHEE-in): The Chinese fast fashion company at the center of the “Shein haul” trend, in which participants record themselves trying on numerous different outfits from the company.
- Yassify (YEAH-sih-fai): A popular trend in which multiple beauty filters are applied to well-known pictures or portraits for comic effect.

What Does It Mean to 'Yassify' Anything? A new Twitter account has amassed a following by sharing highly filtered versions of well-known images. https://t.co/LaalQ1y3sX via @yahooph