Hijabi Cosplayers Challenge Stereotypes One Costume at a Time 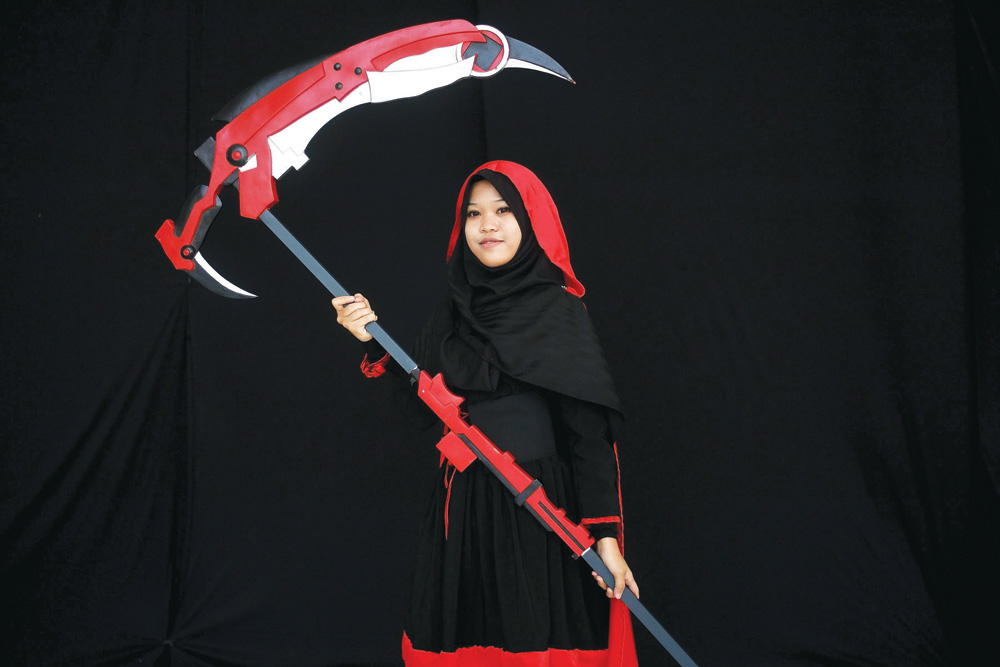 An increasing number of Muslim women are showing off their love of cosplay by incorporating their hijabs into elaborate costumes.

The trend, which began in Southeast Asia, is growing in the wider Muslim community as women find creative ways to dress up while maintaining their modesty. Cosplay - or costumed role play - was born in Japan in the 1980s and involves dressing up as superheroes, Disney characters or anime.

Inspired by Betty Boop I glued my original eyebrows to make them invisible. I also painted my chin dark to camouflage it with my top, to make it look shorter lol. . . . . #bettyboop #booplove #retro #retromakeup #retrolook #classiccartoons #retrocartoon #cosplayer #facepainting #halloween #halloweenmakeup

The scantily clad nature of female costumes has traditionally side-lined Muslim women from participating, however, Rohayati Paidi, an East Asian Studies lecturer at the University of Malaya told Al Jazeera that this is changing as they "embrace their ability to combine their religious beliefs with cosplay culture.”

"Wearing a hijab should not be a barrier for anything. We are free to be creative," Sind Yanti a 24-year-old cosplayer from Indonesia told Reuters. "If I took off my hijab just because of cosplay, I'd feel sorry for myself. It would feel like there is a conflict inside my heart."

I remember reading the tale of The Little Mermaid as a child. The end left me frustrated, as the protagonist Ariel turns into bubbles and the antagonist gets married to Prince Eric. I wondered, why would anyone write such a story? Whatta heck!. . . #ariel #princessariel #thelittlemermaid #littlemermaid #ursula #ursulacosplay #vanessa #seawitch #disneyprincess #disneyvillain #disneyvillains #disneyprincesses #disneycosplay #disneymakeup #cosplaymakeup

Malaysia hosted its first hijab cosplay event last month as a testament to the growing trend. The event was co-founded by Nurul Syakirah binti Samsol, who runs the popular Facebook group Hijab Cosplay Gallery, where hijabis from all over the world post pictures of themselves in character.

Due to religious restrictions, Muslim cosplayers have to get creative when they decide what characters to recreate. "It's quite challenging,” 20-year-old film student Nursyamimi Minhalia told Reuters. “Usually I pick a character that covers most of my body, so it's easier for me to wear it in the 'Muslimah' style." 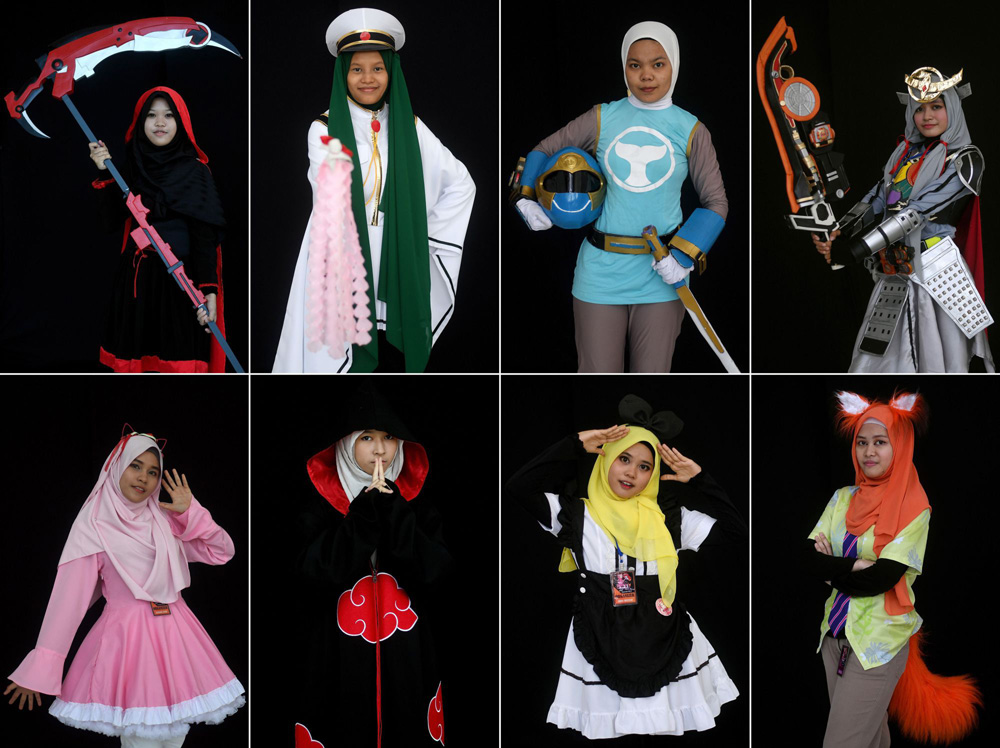 Many cosplayers use their hijab to recreate the look of hair or wear wigs to stay as true to their character as they can. Saraswati, a makeup artist from Malaysia known as Queen of Luna, captivates her fans with her fantastic transformations on Instagram. With 373,000 followers, she has incorporated her hijab into costumes as diverse as the little mermaid, betty boop and Mystique from X-Men.

Although most hijabi cosplayers dress up as a hobby, the incorporation of the hijab in such a fun context is also a political statement as it helps dispel myths about Muslim women and their faith. "There's a lot of fear and ignorance about this particular idea of head covering and what it represents [in the US],” Juli Gittinger, a religious studies lecturer at Georgia College told Al Jazeera. “So I think the more we see it, visible and normalised, the less people would be afraid. I think hijabi cosplay is working towards that same goal."