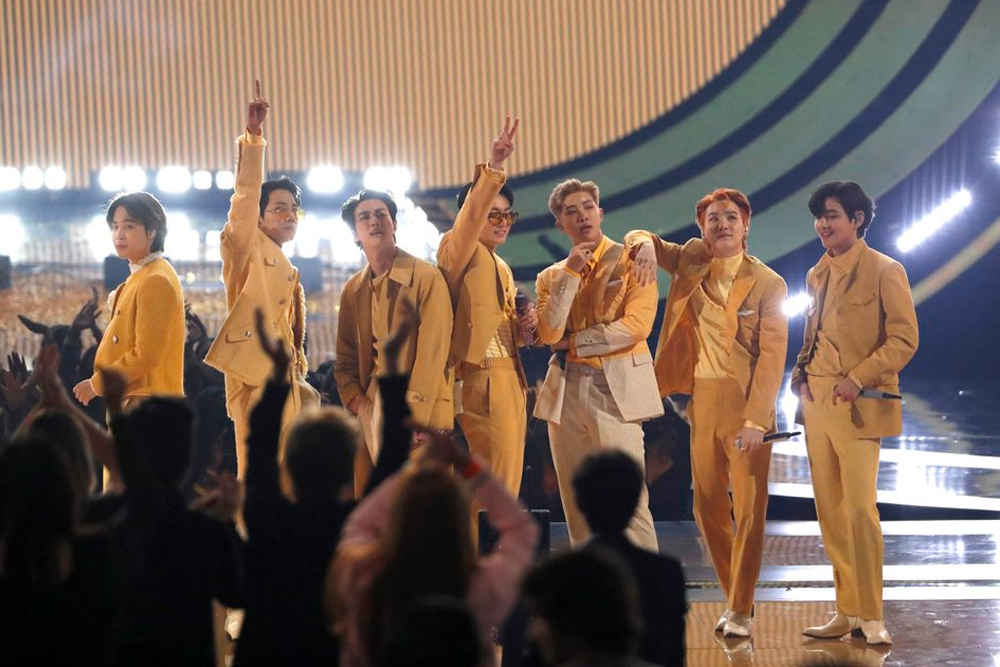 K-pop sensation BTS hopes to hold an in-person concert in Seoul for the first since the pandemic, Yonhap news agency reported on Friday, after the group posted a tweet promising to "see you in Seoul, MARCH 2022".

The tweet included hashtags for the group's "Permission to Dance" stage performances, but provided no other details. Yonhap cited unnamed officials at the group's management company, Big Hit Music, as saying they would push to hold the event in person to give fans in South Korea a chance to see the singers.

A Big Hit press release said the next city in the BTS tour will be Seoul, but the company did not immediately confirm if the event would be in person. On Thursday the seven-member BTS concluded a series of four live performances in California, the group's first in-person concerts since 2019.

Some of the most ardent South Korean fans flew to California for the concerts. Plans for a world tour were repeatedly delayed and then cancelled by the pandemic. South Korea in early 2020 suffered the first major COVID-19 outbreak outside China, where the pandemic began in 2019.

South Korea has been forced to reimpose some social distancing measures just weeks after loosening them in October to try to curb record numbers of infections despite a vaccination rate of 91.6% for its adult population aged 18 and over. The surge of new infections includes six confirmed cases of the Omicron variant that emerged last month in southern Africa.