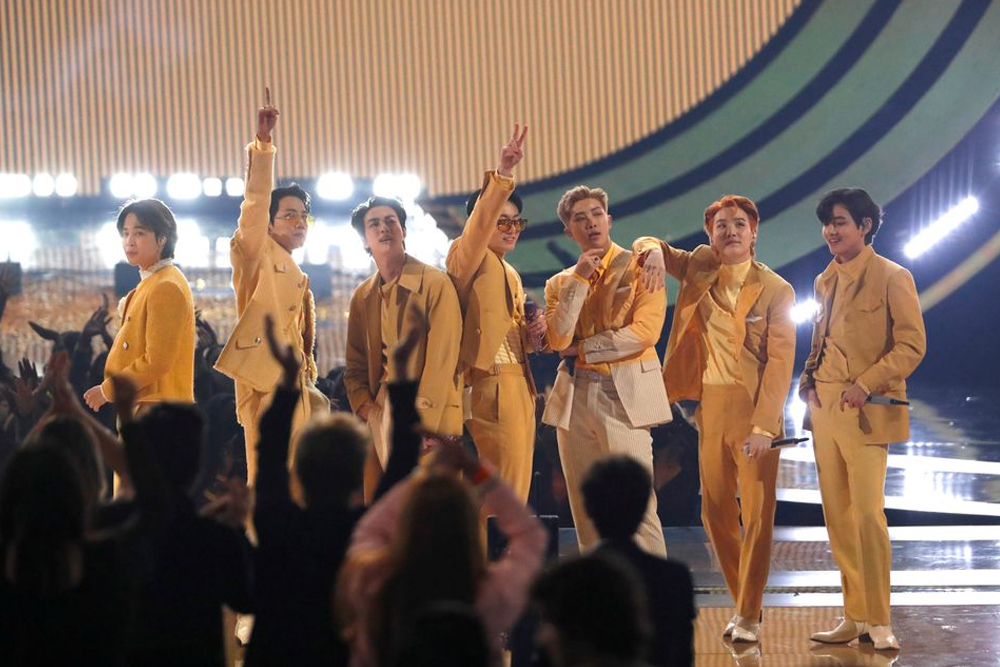 K-Pop sensation BTS are playing their first in-person concerts since the onset of the COVID-19 pandemic, and legions of die-hard fans have descended on Los Angeles to see their idols in the flesh.

The seven-member group from South Korea held the first of four "Permission to Dance on Stage" concerts at the SoFi Stadium in Inglewood on Saturday.

Speaking at a news conference before their second show on Sunday night, BTS member RM said being on stage again for the first time since 2019 was an emotional experience.

"Seeing all the fans, seeing the stadium filled with all the fans yesterday got me really emotional beyond words," RM told reporters.

The concerts are BTS' first since 2019, when they wrapped up their last tour from North America to Europe to Asia.

As the pandemic spread last year, the band postponed and then called off what was meant to be their biggest international tour involving nearly 40 concerts, holding online shows instead.

Since their 2013 debut, BTS have spearheaded a global K-Pop craze with catchy, upbeat music and dances, as well as lyrics and social campaigns aimed at empowering young people.

Last week, they won the top prize of Artist of the Year at the American Music Awards and Best Pop Song for their summer hit "Butter", among other awards.

BTS' fanbase, dubbed "the ARMY", is notorious for its fervent dedication to the group.

"We are super excited to see them tonight. It's been so long," said 37-year-old Ravy Sok outside SoFi Stadium on Sunday. "We saw them almost two years ago at Jingle Ball. Finally, this is another opportunity to see them again."

Her friend Stephanie Tea, 31, added: "They literally have inspired us and have helped us through so much in our lives and they're such a huge inspiration for us."

The band will complete the four-date run with shows on Wednesday and Thursday.