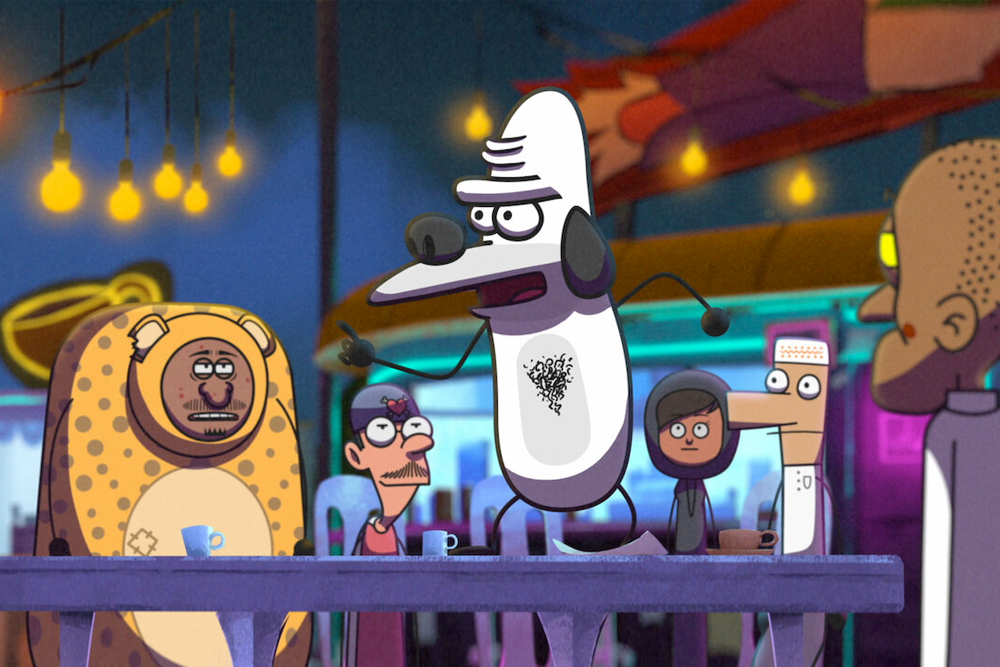 With the rise of homegrown cinema in Saudi Arabia, it was just a matter of time that the Kingdom would be getting its very own hit feature length animated film, and that is "Masameer: The Movie," based on a popular Saudi web series on YouTube, a satire on social tensions in the country. The film follows a young girl's passion for AI (artificial intelligence) having positive impact on the world while, at the same time, three friends, Saad, Saltooh, and Kalb, team up as crime-fighting heroes after hitting rock bottom.

Produced by the Riyadh-based Myrkott, "Masameer: The Movie" was directed by Malik Nejer, and produced by former Al Watan newspaper cartoonist, Abdul Aziz Al Muzaini. Nejer previously created comedy sketches for the Middle East Broadcasting Center (MBC), which proved to be quite popular. Hence, he decided to do something similar with "Masameer." "I found that those [sketches] went viral online and people received them well, so I decided to create a show for the internet," he told Cartoon Brew.

The film itself took just eight months to produce under a tight budget, and even had to be outsourced. At the end, however, not only was the film a vast improvement to the web series, it ended up having great success in Saudi cinemas, and was shown on 80 screens nationwide, as well as several Arab countries in the region.

Currently, it is also available on the streaming service, Netflix. The five-year exclusivity deal with Myrkott also means more episodes and films for "Masameer" will be produced, which is seen as a vital step for the Kingdom to tell its stories to a global audience.

The magazine, which is distributed across primary and middle schools in KSA, narrates insightful stories inspired by Arab culture for children aged 10-15 years. https://t.co/DgbYhL2eN8 @SRMG_HQ @MangaAlarabia

“We are continually investing in authentic stories from Saudi Arabia to share their stories across the Arab world and globally. We want to give our members access to great stories that can travel far and wide," Nuha El Tayeb, Netflix's director of content acquisitions in the MENA region, was quoted as saying by The National.