A group of women in Jeddah are defying stereotypes and reclaiming the streets by riding around the seafront on bicycles. 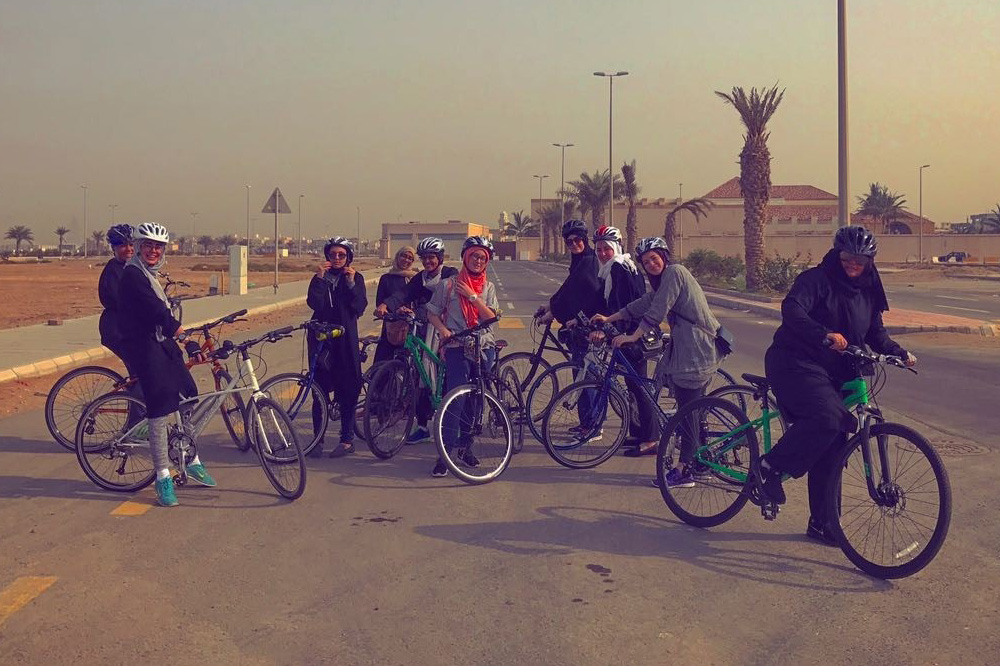 The group called ‘Bisklita’ - the Arabic word for bicycle - was founded a-year-and-a-half ago by Nadima Abu El-Einein who wanted to create something positive from her love of cycling.

Although outdoor sporting activities for women are frowned upon in Saudi Arabia, encouragement from her mother and sisters, as well as other women on social media, motivated El-Einein to give the group a go.

Bisklita has grown considerably in the past year and consists of over 30 women from the Jeddah area. They all conform to the strict Saudi dress code during their outings by wearing long trousers and loose fitting shirts along with their head scarves. The group wants Saudi society to know that wearing a hijab does not and should not restrict women’s ability to exercise.

By proving that women can participate in sporting activities whilst wearing modest dress, the group hopes to spread awareness about the importance of women exercising and staying healthy.

Women’s sport is slowly growing in popularity in the Kingdom and the government recently introduced a policy that would allow girls to receive Physical Education classes (PE) at school.

However, some members still worry about the harassment they may face in the conservative country. “I hope the community will accept us coming out and freely practicing our hobby without harassment,” said Bisklita member Dina Al-Quthmi.

Women’s cycling was only legalised in Saudi Arabia in 2013 and women are only allowed to use bikes for fun rather than as a form of transportation.

Bisklita aims to promote women’s empowerment through cycling and their social media accounts are full of positive messages and emojis celebrating women. “Behind every successful woman is a tribe of other successful woman who have her back,” says one Instagram post.

As the group continues to expand, El-Einein hopes that they can turn their hobby group into a professional team, competing in national and international cycling competitions - and breaking new ground for women in the Kingdom.