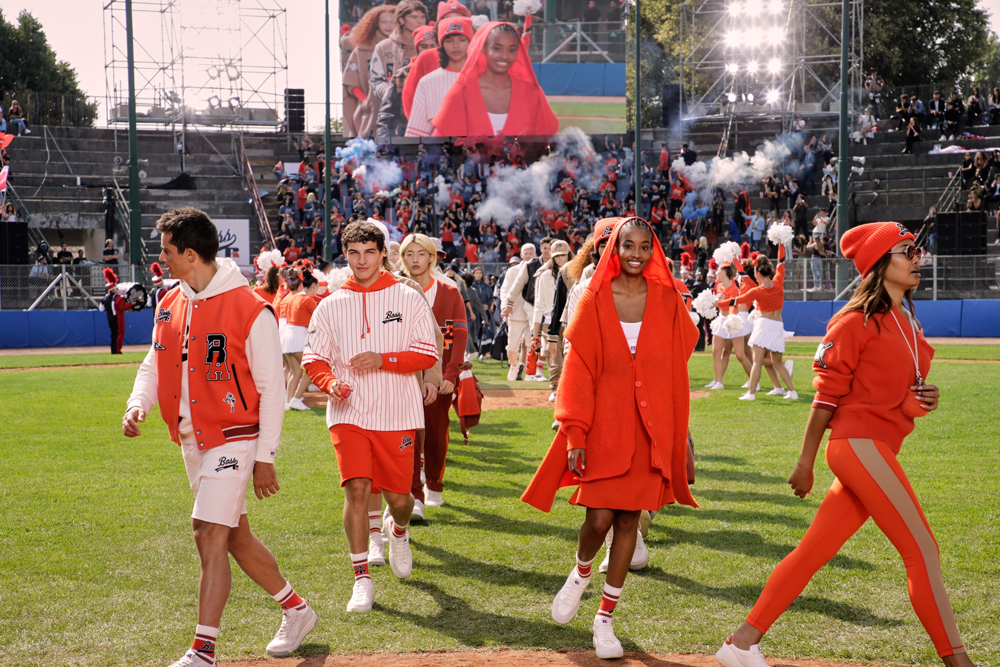 While revealing a new collection during Milan Fashion Week, BOSS and Russell Athletic broke the fashion fiesta’s mold in spectacular style. The two major brands opted for an action-packed, phygital experience, drawing a crowd of over 1,300, to launch their second collaborative effort.

Taking place at the Italian fashion capital’s Kennedy Sport Center, the unique interactive show was all about the spirit of team sports and the excitement of a big game. With food trucks, mascots, cheerleaders and more, one of fashion’s most talked-about partnerships stepped up to a whole new level. 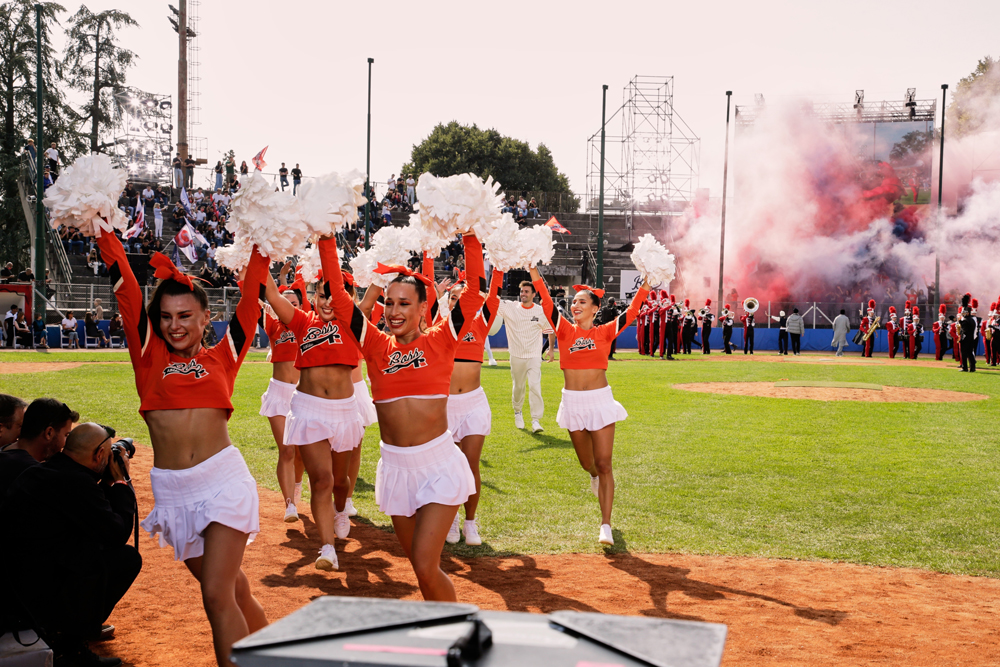 There was instant global buzz as the collection that was immediately shoppable on Instagram and boss.com was revealed. The show kicked off with Gigi Hadid stepping out to the sounds of the ‘90s played by the Triuggio Marching Band.

The Palestinian-American runway queen was joined by an of-the-moment cast, including Irina Shayk, Joan Smalls, Cindy Bruna, Alpha Dia, Alton Mason and Adut Akech, as 60 looks were presented for Pre-Spring 2022. There were also a couple of firsts as German athlete Alica Schmidt made her modelling debut, while TikTok creator Khaby Lame made an exclusive appearance to mark his first-ever partnership with any brand. 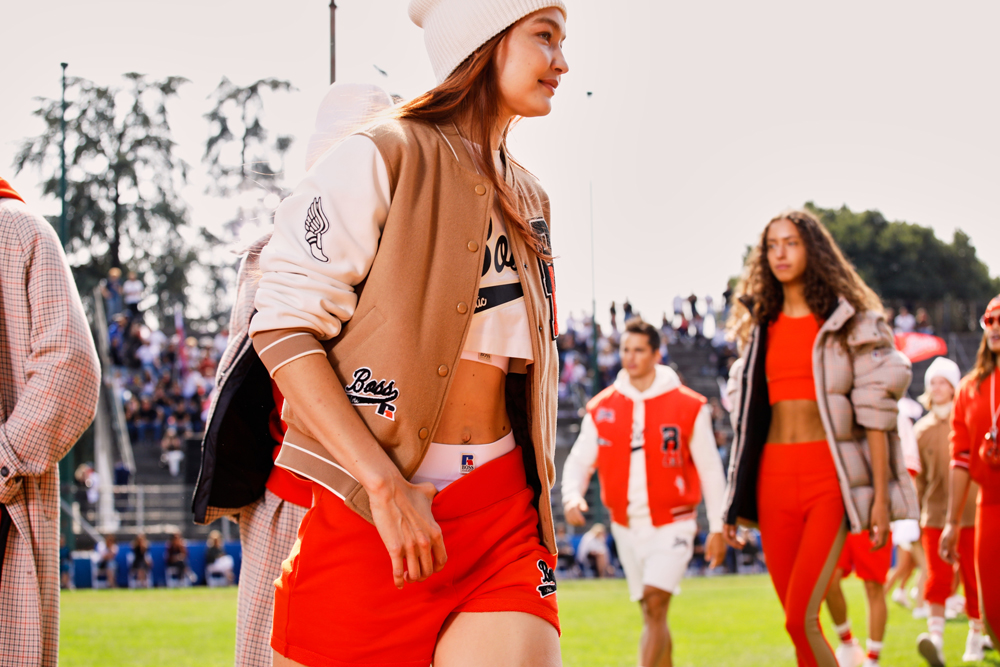 As well as an all-star line-up of models, there was an impressive number of social media A-listers in the crowd, including Chiara Ferragni, Fedez, Fai Khadra, Avan Jogia and Benji Krol. TikTok stars Elevatorboys, Younes Zarou and Elisa Maino were also among the nearly 200 creators and influencers watching closely. And naturally, numerous social media stars shared the event, which marks a major milestone in the brand’s history as its debut social-first event. 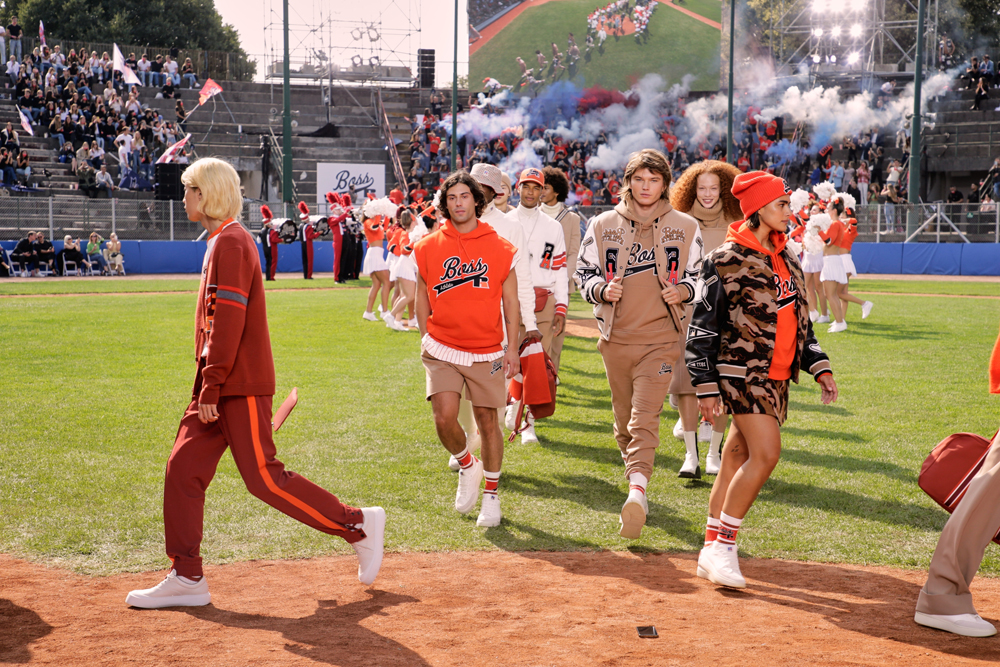 The collection, which was livestreamed on TikTok, Instagram, YouTube and LinkedIn, offers a fresh perspective whent it comes to retro Americana references. And the co-created pieces unite BOSS tailoring expertise with the sportswear aesthetic of Russell Athletic. Pieces from BOSS’s Pre-Fall and Pre-Spring collections were also showcased during the reveal. 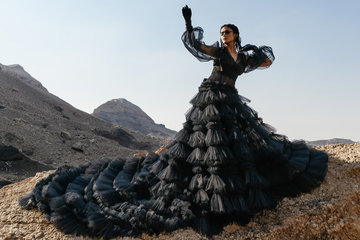 Arab Fashion Week’s S/S22: What You Need To Know 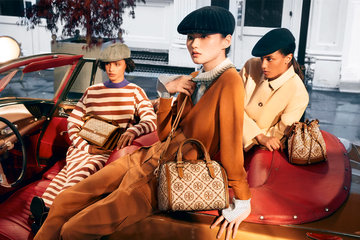 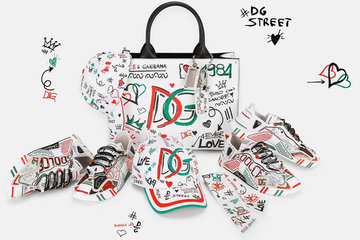 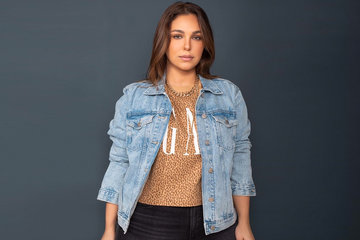