This Saudi female trailblazer is on a mission to empower fellow women with awe-inspiring stories, journeys, and aspirations of Saudi women. 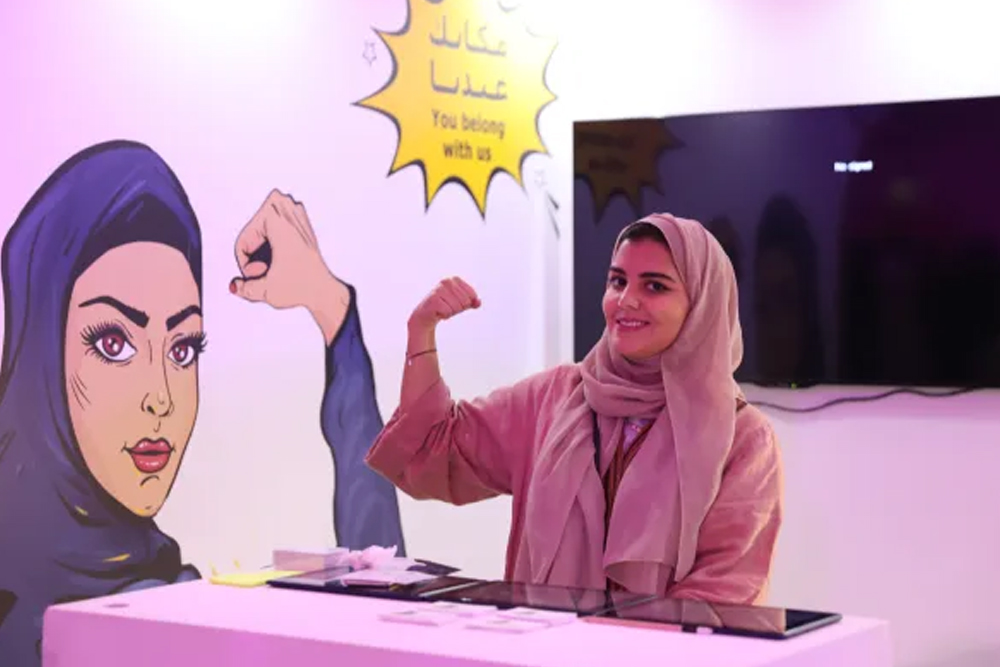 Sheikha Aldosary is a Saudi journalist, media, and communication specialist in women’s rights, political and socioeconomic issues in Saudi Arabia, with more than a decade of work experience in the field.

Celebrating 91 years of success and prosperity.
Happy #SaudiNationalDay to the Kingdom of Saudi Arabia and the whole Saudi community!#saudinationalday91 #SaudiNationalDay2021 pic.twitter.com/yKUFZbOaz9

The brilliant Saudi female journalist earned a MA degree in international journalism from University of Arizona. She focused on studying the visual representation of women in media and has extensively researched the Saudi women’s image in western media. She is passionate about women’s empowerment, education, art, equality, as well as women’s fascinating stories. She hopes to extend Saudi Women Stories to a storytelling platform for all women around the world.

More about the new initiative that gives you access to so much knowledge: https://t.co/l5pzionb2X

The platform actually plays a crucial role in showcasing Saudi culture and lifestyle to a general audience. To mark the UN's 75th anniversary, in August 2020, Saudi Women's Stories hosted the UN75 dialogues touching on the challenges, goals, and importance of global co-operations. Al-Dosary also took part in the discussions, emphasizing the importance of Saudi roles in the UN, and on achieving the UN Sustainable Development Goals.