The triumphant judoka accomplished the goal she had while heading to the mat with aplomb! 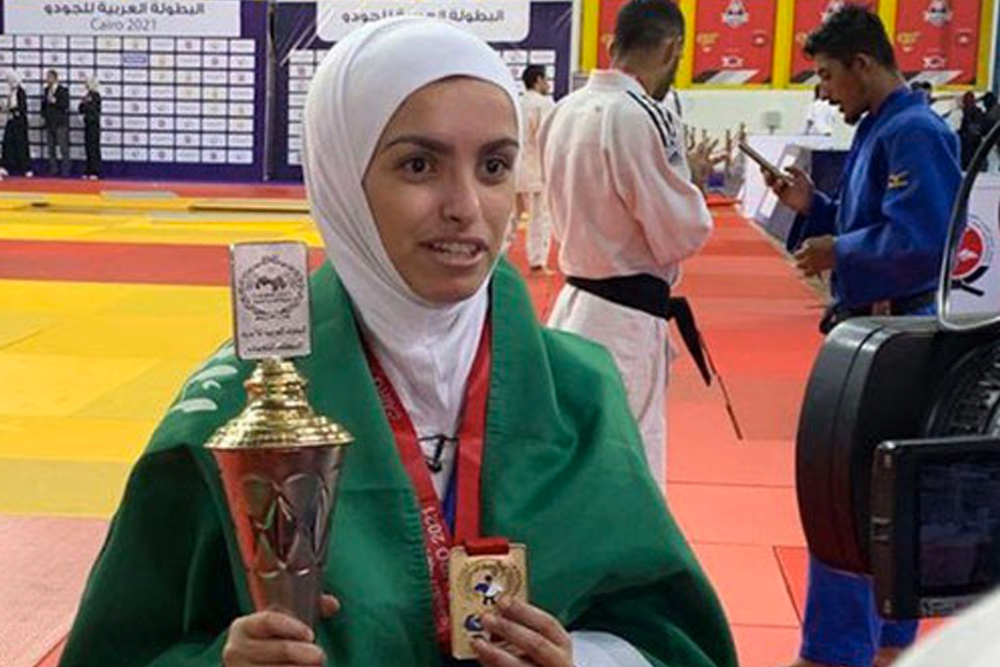 The debut edition dedicated to blind athletes, which was part of the formal Arab Judo Championship Open, concluded on September 15. In all, 35 determined professionals from Saudi Arabia, Egypt, Iraq and Kuwait took part in the inclusive addition to the championship.

This year’s Arab Judo Championship Open, which was also the sixth for women and the eighth for women and youth, saw 600 judokas participating. The talents in the Japanese martial art hailed from 12 of the region’s countries. As well as host nation Egypt, the participants were from Iraq, Syria, Jordan, Palestine, the United Arab Emirates, Saudi Arabia, Qatar, Kuwait, Yemen, Libya and Morocco.

Al-Sadeeqat, Saudi Arabia's first soccer team for women with disabilities, now has a sponsorship deal! The deal was signed in Riyadh by @Pioneers_sa and the Friends of People with Disabilities Association.https://t.co/KFoNOTxTkO

Did you know?
While it is an unadulterated combat sport, judo means the ‘gentle way’. The martial art was founded by Dr Kano Jigoro, the first Japanese member of the International Olympic Committee, in the late 19th century. As well as working through the sport’s physical, mental, educational and moral aspects, judokas have to focus on avoiding false moves and loss of concentration, which can result in defeat.