The UAE’s “Wetland,” the prototype of an environmentally friendly salt-based cement alternative from recycled industrial waste brine, was picked out of 60 national pavilions. 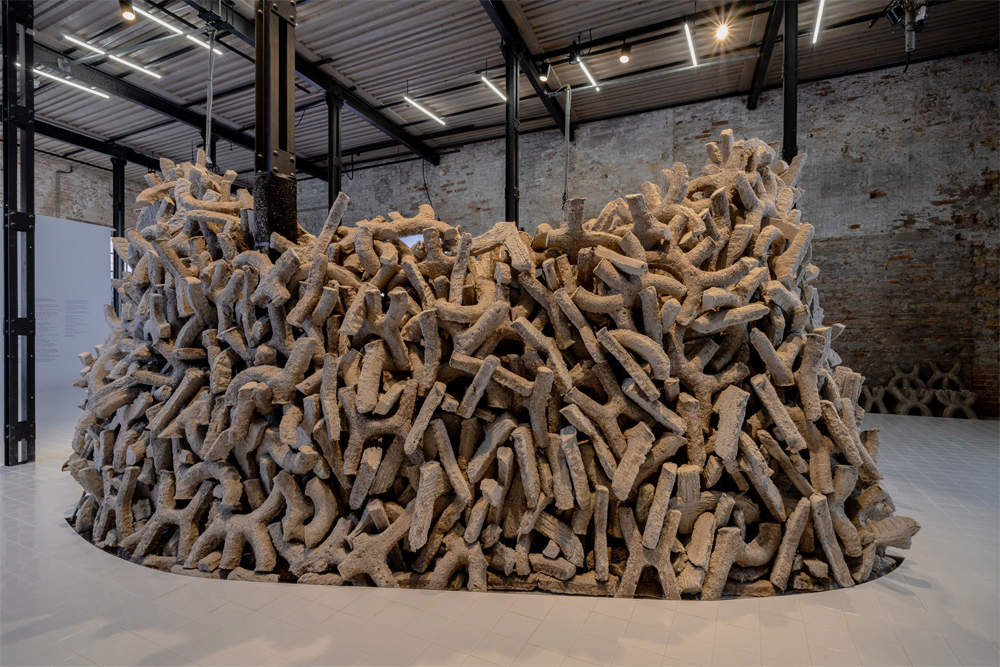 Kazuyo Sejima, President of this year’s jury, explained why “Wetland,” the National Pavilion UAE’s tenth exhibition at La Biennale Architettura, earned the Biennale’s top honour at the recent awards ceremony in Venice. He described it as “a bold experiment that encourages us to think about the relationship between waste and production on a local and global scale and opens us to new construction possibilities between craft and high-technology.” 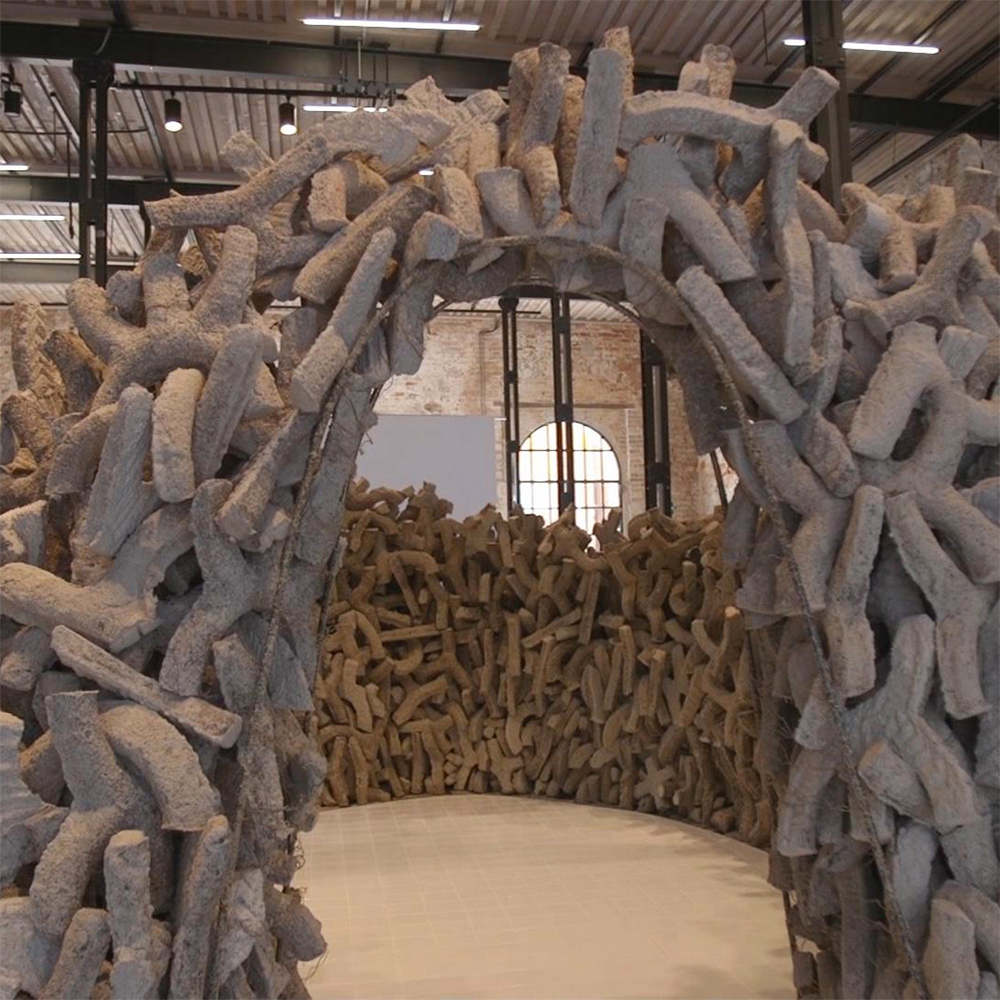 The prototype of an environmentally friendly salt-based cement alternative from recycled industrial waste brine is curated by Wael Al Awar and Kenichi Teramoto. They are both founding partners of waiwai, an award-winning multidisciplinary architecture, landscape, graphic and urban design studio.

While picking up the award on behalf of the Pavilion, Al Awar, waiwai’s Principal Architect, thanked the National Pavilion UAE team, the Salama bint Hamdan Al Nahyan Foundation, the commissioner, the Ministry of Culture and Youth, the supporter, as well as the cross-discipline collaborators who helped them bring “Wetland” to life with their ongoing support. “We are very proud and humbled as we continue to spotlight potential solutions to global issues and move towards the future,” he added. 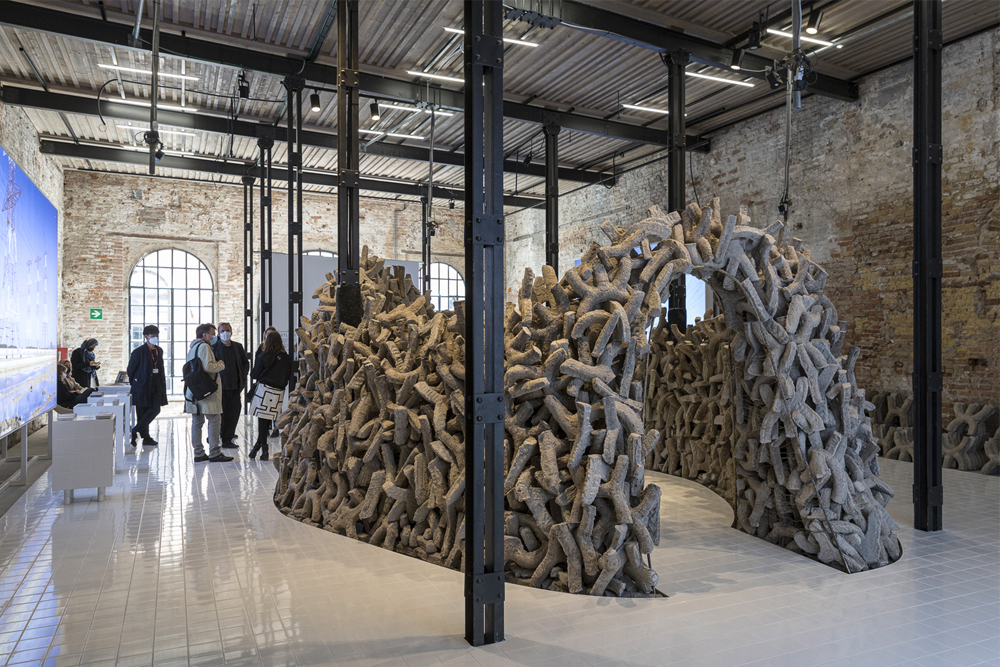 Meanwhile, Laila Binbrek, Coordinating Director of the National Pavilion UAE, said: “This is a testament to the work we have been doing to contribute to the UAE’s evolving art ecosystem, and a recognition of our continued efforts to tell the UAE’s untold stories in a globally relevant way.”

Binbrek added the award comes at the same time as the 10-year milestone participation for the UAE and the nation’s 50th anniversary this December. She said the two curators have added an important contribution at the centre of an international conversation surrounding sustainable construction. And this has made the people involved “very proud that “Wetland” demonstrates yet another exemplar untold story from the UAE.”

“Wetland” could reduce the impact the construction industry has on the environment. The exhibition, which is open until November 21, also celebrates the UAE’s sabkhas (salt flats), which inspired the research for the development of the renewable building material. New York-based Emirati artist Farah Al Qasimi created large-scale images of the UAE’s UNESCO World Heritage Site-nominated sabkhas for the event. 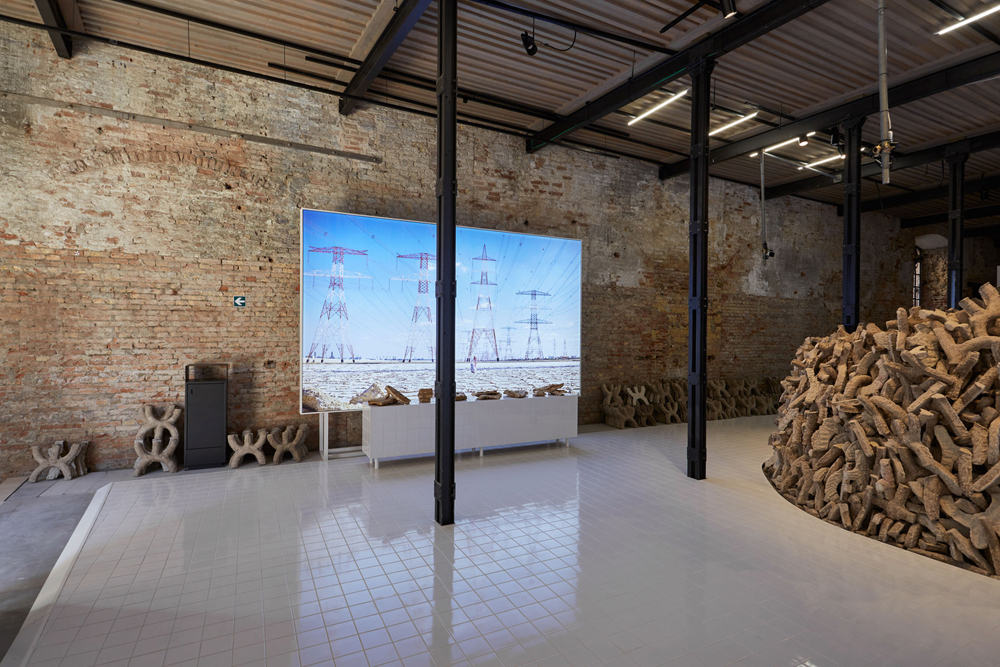 The curators worked with specialist teams at NYU Abu Dhabi’s Amber Lab, the American University of Sharjah’s Department of Biology, Chemistry and Environmental Sciences. Additionally, in Japan, they joined forces with the University of Tokyo’s Obuchi Lab and Sato Lab to develop the chemical formula for the cement.

A publication titled “The Anatomy of Sabkhas,” written by urban researchers Rashid and Ahmed bin Shabib and co-edited by Al Awar and Teramoto, is part of the exhibition, and explores the ecological and socio-economic significance of these natural phenomena in detail based on case studies, personal essays and photography. A supplementary volume edited and written by Aga Khan Award-winning architect Marina Tabassum details the curators’ research journey for “Wetland.”

The UAE’s pavilion is now the second country in the region to win the Golden Lion. The Kingdom of Bahrain was presented the Golden Lion for Best National Participation at the 12th International Architecture Exhibition in 2010.