In another history-making moment for women in the Kingdom, the female soldiers were inducted during a recent ceremony attended by top military officials… 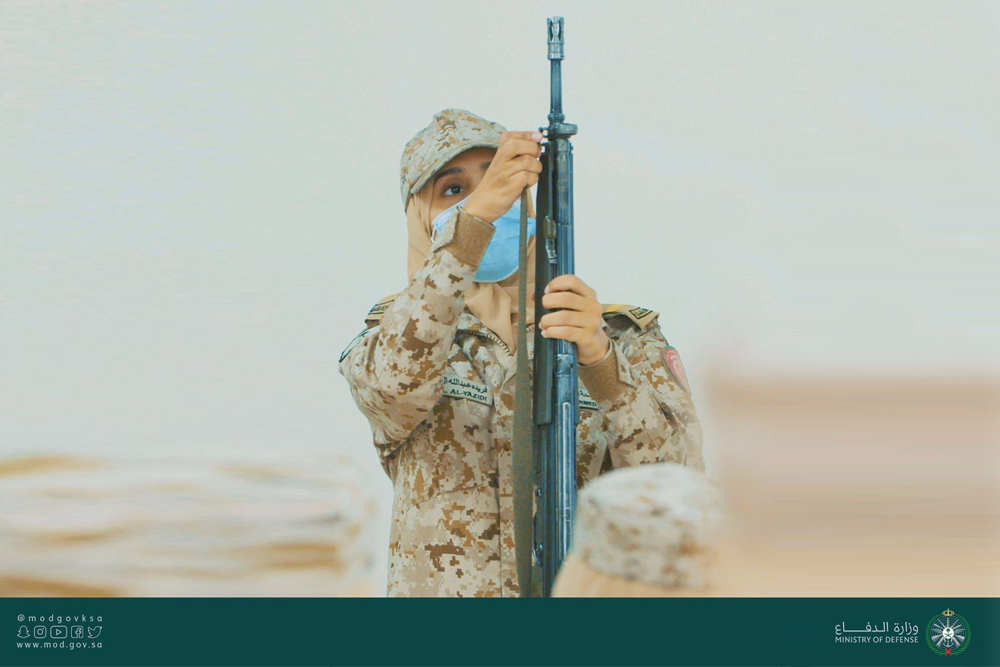 In another memorable moment to do with the Kingdom’s reforms associated with women’s empowerment, the first batch of female soldiers have graduated from the Armed Forces Women’s Cadre Training Center. The recruits, who began a 14-week basic military training course on May 30, will be the first women to serve Saudi Arabia in frontline roles.

During a recently-held ceremony, the graduates, who made an oath to Chief Sergeant Hadi Al Anezi, Assistant Commander of the centre, had their names announced. Additionally, the most outstanding students and prize winners, who were rewarded for their efforts, were treated to a special moment in the spotlight.

The Chief of the General Staff General Fayyad Al Ruwaili, the reported sponsor of the graduation, Chief Sergeant Suleiman Al Maliki, who offered words of congratulations, and Acting Commander of the Armed Forces Women’s Cadre Training Centre, Major General Hamid Al Omari, attended the event. The Director of the Joint Staff of the Armed Forces and several senior officers in the armed forces were also present at the ceremony.

According to Major General Adel Al Balawi, head of the Armed Forces Education and Training Authority, the centre has a mission to provide the best training facilities for the Defence Ministry’s female staff, in particular in areas where the ministry is most in need.

“The centre has an important mission, which is to provide distinguished training programmes and curricula and an ideal educational environment in accordance with international quality standards that meet the needs of the armed forces of female cadres. This aims to achieve better performance that helps realise the ministry’s goals in the future,” he said.

Women have been allowed to join the Saudi military since February this year. After the posts opened, they have had the opportunity to sign up through a unified admission portal. The decision was introduced as part of the Kingdom's Vision 2030, which is working towards women's empowerment and gender equality in all arenas.

Saudi women can now shoot up the ranks from soldier to sergeant in the Royal Saudi Air Defence, Royal Saudi Navy, Royal Saudi Strategic Missile Force and the Armed Forces Medical Services. Female applicants have to be between 21 and 40 years old. Other than having to be four years older than first-time male applicants, the rest of the conditions for applying are exactly the same for men and women.