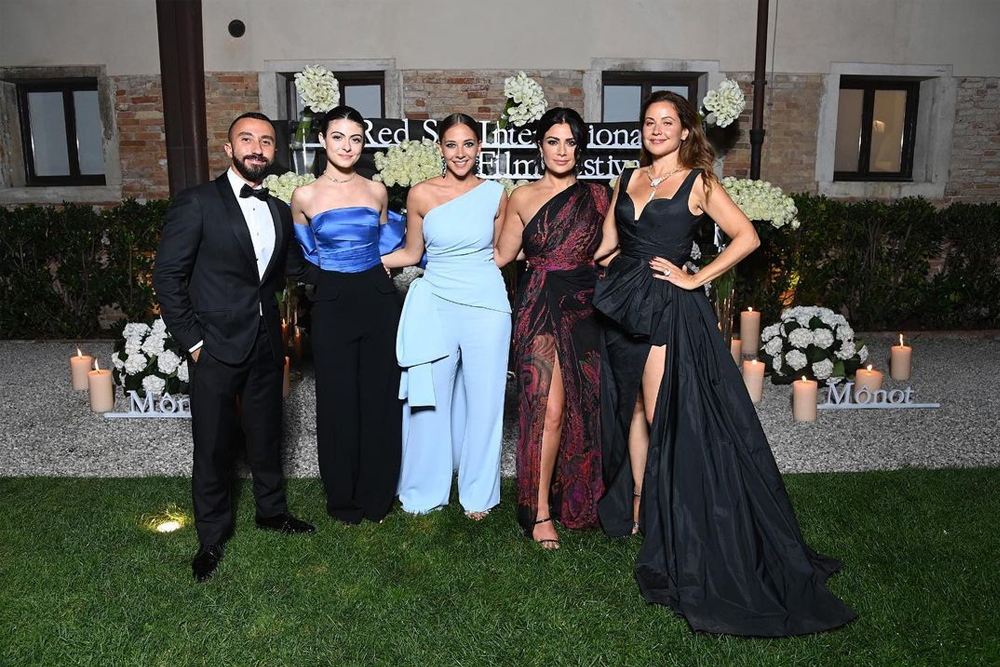 Arab stars came together on September 4 to toast females in the film industry at the Celebration of Women in Cinema Gala hosted by Saudi Arabia’s Red Sea Film Festival (RSFF) in Venice.

This gala took place to celebrate women in the film industry and their significant achievements. The festival aims to encourage female empowerment and support of women both in front of and behind the camera, and was a big part of the RSFF’s presence in Venice, which is being spearheaded by Chairman of the Festival Committee Mohammed Al-Turki who is on a mission to bring Saudi cinema to the world.

Al-Turki is a renowned Saudi film producer behind such films as “Arbitrage” (2012) starring Richard Gere; “99 Homes,” (2014) starring Michael Shannon; and the upcoming “Crisis,” starring Gary Oldman. Al Turki stated after news of his appointment was first announced earlier this year, “It’s wonderful time to witness the cultural shift in Saudi (Arabia) with extraordinary plans underway for vision 2030. The festival is the perfect opportunity to develop our flourishing industry, champion and support young Saudi and Arab talent, and share authentic compelling stories with global audiences.”

In an initiative to enable Middle Eastern filmmakers, the Red Sea Film Festival’s The Red Sea Fund, champions the development, production and post-production of Arab films. Egyptian director Mohamed Diab’s ‘Amira’ sets to make its international debut competing within the Orizzonti section. The Red Sea Film Festival’s presence in Venice is a continuation of its mission to champion emerging talent and support Arab filmmakers.

In July 2021, the Red Sea Film Festival had its own Saudi pavilion at the 74th edition of the Cannes Film Festival that highlighted the Kingdom’s flourishing film industry and the opportunities it offers.