The magazine, which is distributed across primary and middle schools in KSA, narrates insightful stories inspired by Arab culture for children aged 10-15 years. 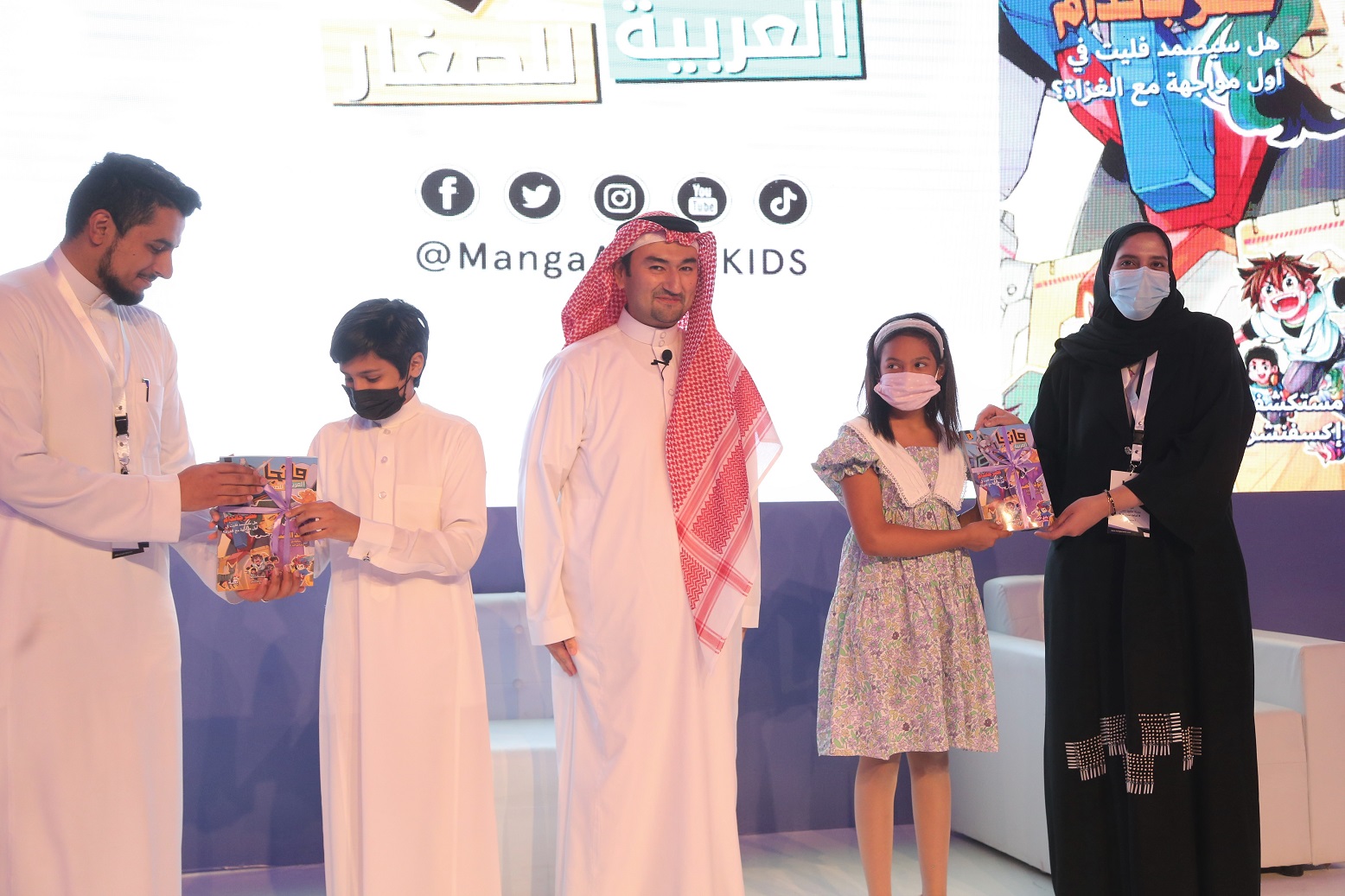 Saudi Research & Media Group (SRMG) today launched Saudi Arabia’s first regionally inspired and much-anticipated Manga magazine, specially curated for children aged 10-15 years. Titled Manga Arabia Kids, the magazine features exhilarating stories presented in the popular Japanese animation style juxtaposed with simplified Arabic graphics. Print and digital versions are available for free, with electronic copies ready for download on the Manga Arabia Kids mobile app. The inaugural edition is also being distributed across primary and middle schools in the Kingdom, in partnership with the Ministry of Education. The announcement was made at a press conference held in Riyadh today, in the presence of industry partners and media professionals.

Jomana R. Al-Rashid, CEO of Saudi Research and Media Group (SRMG), commented: "The launch of Manga Arabia Kids magazine marks the first phase in the Manga Arabia project; a promising step in our group's transformation, growth and expansion strategy. We continue to strive towards empowering the Arab creative content industries, spreading the culture of reading and writing fiction, while stimulating the imagination and creativity of young Arab generations to better shape the future. 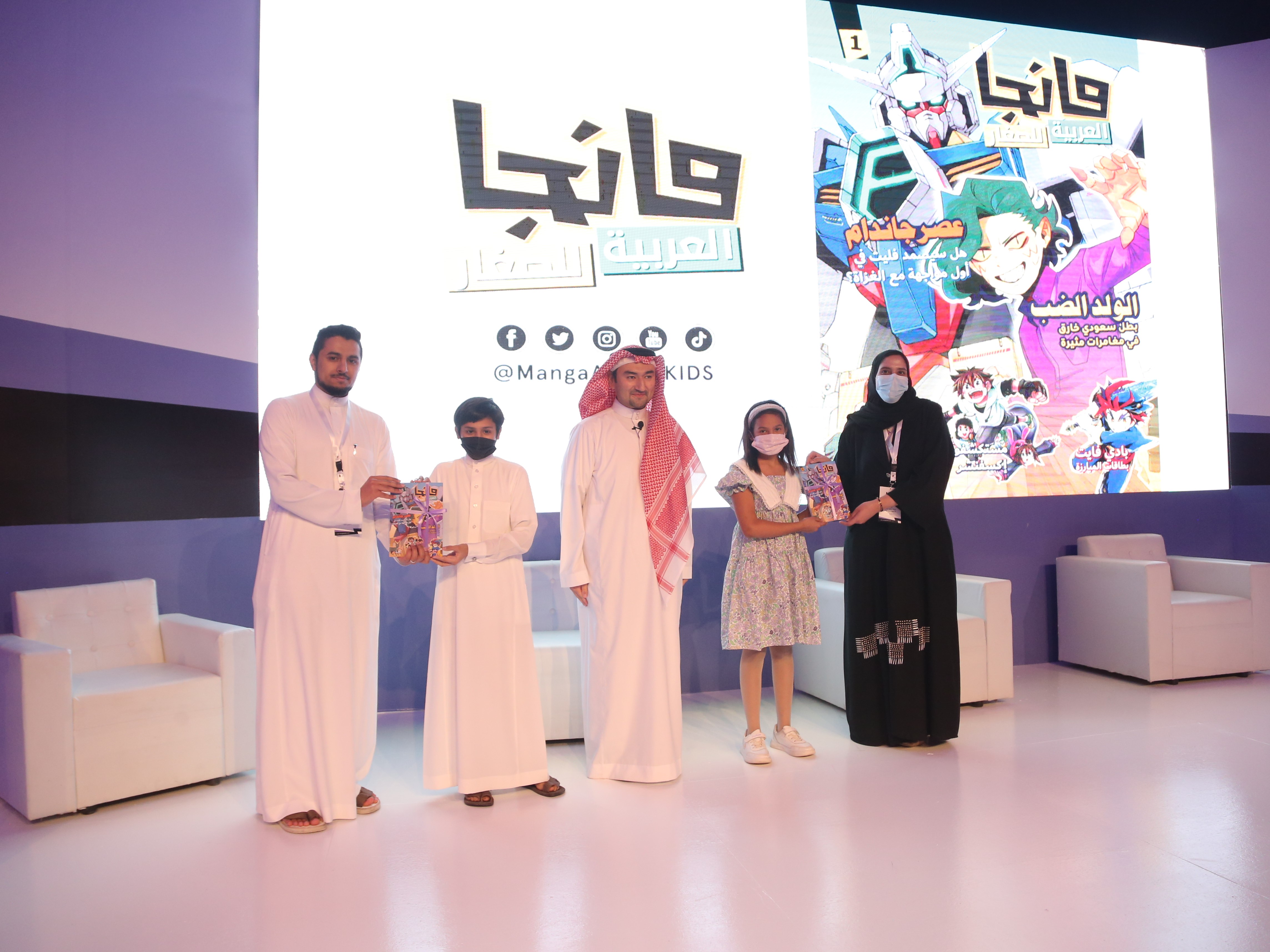 Al-Rashid further added: "Manga art is globally renowned, reaching a value of nearly $5.77 billion in the Japanese market last year. Today, we are ready to invest in such promising projects belonging to Cultural and Creative Industries (CI), by supporting local talents through training, skill-sharpening, providing the latest technologies, as well as establishing partnerships with the most prominent local and international publishing houses.”

Dr. Essam Bukhary, Editor-in-Chief of Manga Arabia, added: “Manga Arabia Kids marks the culmination of our efforts to inspire the younger generation to venture into a lifelong journey of discovery with reading. Featuring stories that encapsulate the customs and traditions that prevail in Saudi Arabia and the wider Arab world, Manga Arabia will not only bring the world of manga to the Middle East but undoubtedly take the Middle East to the global stage.”

Manga Arabia Kids showcases an exquisite art direction – from the cover reflecting an artistic representation of the issue’s themes to the dazzling design within its 244 pages – to create a graphic world where art and storytelling collide for a visual narrative of exciting, insightful and varied cultural tales. Some of its pages are drawn in black and white, while others capture vivid colors.

The inaugural issue debuts comic-stars like “Bissa”, “Gundam” and “Al Wallad Al Dabb”, the Saudi superhero created by a team consisting of Faris Kayed, creator and story director; Odai Karsoo, writer and editor; Rahaf Bu Shlibi, illustrator; and Aseel Al Mubarak, colorist. All talents, with the combined efforts of a wider team of Saudi and Arab innovators alike, expressed utmost delight in being part of the production, describing it as a “dream come true.”

National statistics reveal that approximately 8.5 million of the Saudi population are aged below 15 years, with students constituting nearly 6 million of this mix. In addition, the Kingdom ranks 11th in terms of daily time spent reading globally. Manga Arabia aims to elevate this rating to the top five by encouraging a passion for reading amongst Arab audiences.

Manga Arabia will launch a second title targeting readers aged 16 years and above, also available free of charge in a digital format and monthly printed copies.