The team, which has overcome many hardships, has been widely praised as a shining example of what women in Afghanistan are capable of. 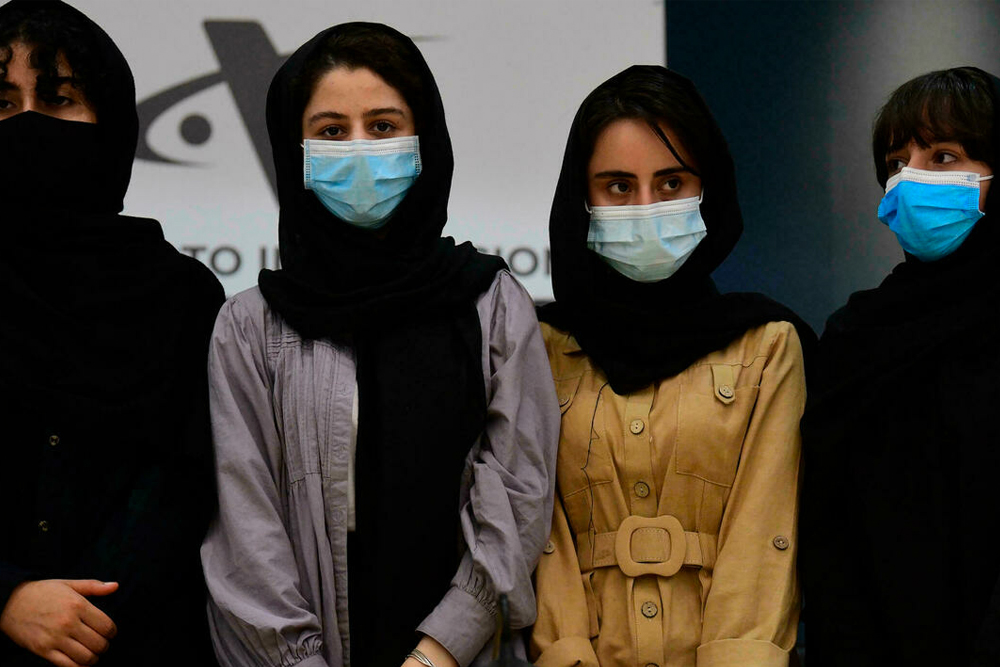 Five more members of the celebrated all-girls Afghan robotics team have managed to flee their country in the wake of the Taliban seizing control. The girls from the teen-aged team that made headlines as a symbol of a more progressive Afghanistan, taking part in competitions around the globe, landed in Mexico Tuesday. Thanks to an international group of volunteers they were part of the first group of Afghan refugees to arrive in the country, which has pledged to help Afghan women and girls.

"Thank you so much," a member of the team, which has been heralded for winning international awards, said during a news conference. "We would really appreciate it if you have the opportunity to help others too to come to Mexico." 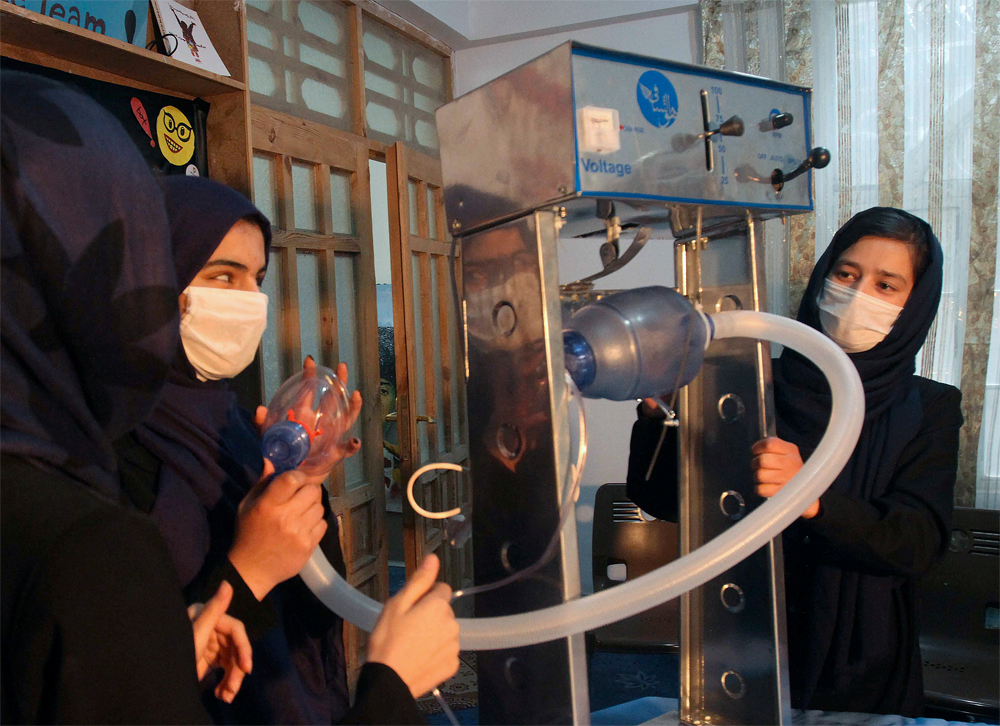 Their escape comes a week after 10 other members of the team landed safely in Qatar. The Qatari government helped bring them to safety by expediting visas and sending an aircraft. Roya Mahboob, the Founder of the team’s US-based parent organisation, Digital Citizen Fund (DCF), and Elizabeth Schaeffer Brown, a DCF board member, made it all possible after requesting assistance from Qatar to organise safe passage for the girls. (Members of Qatar’s government had remained in contact with the team after hosting them in Doha, the capital, in 2019.)

“Ultimately the girls ‘rescued’ themselves. If it were not for their hard work and courage to pursue an education, which brought them in contact with the world, they would still be trapped. We need to continue to support them and others like them,” Schaeffer Brown said. 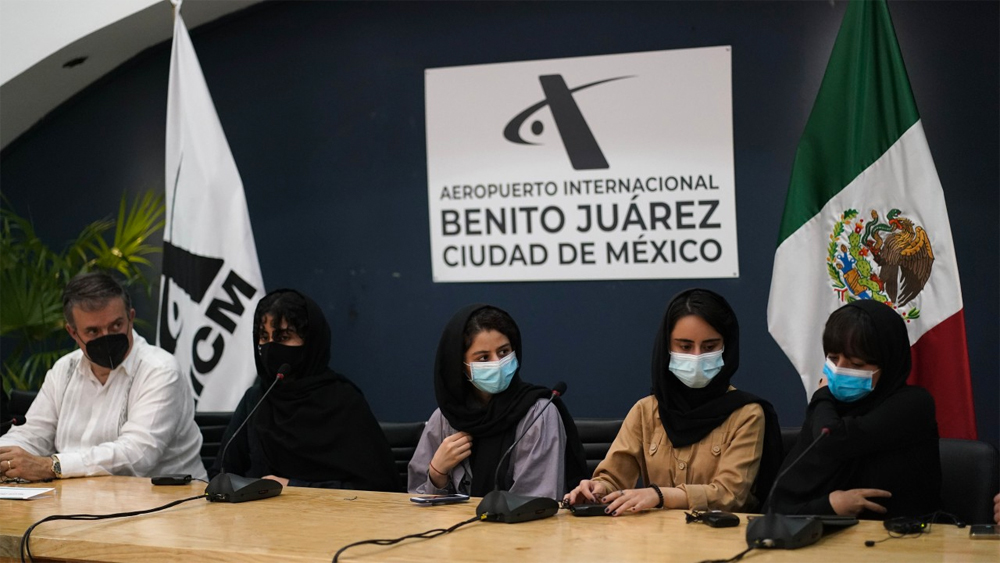 The members of the team known as the Afghan Dreamers come from Herat in western Afghanistan and are aged between 12 to 18. The girls, some now being offered scholarships around the globe, were given a chance to pursue their passion for engineering and robotics after Mahboob, an Afghan tech entrepreneur, started the team in 2017.

During the coronavirus pandemic, the team worked on a low-cost, open-source ventilator using old car parts. The low-tech design, inspired by an emergency ventilator model out of MIT, can be copied around the world with local products. Their innovation and hard work earned them a spot on this year’s 30 Under 30 list in “Forbes Asia.” 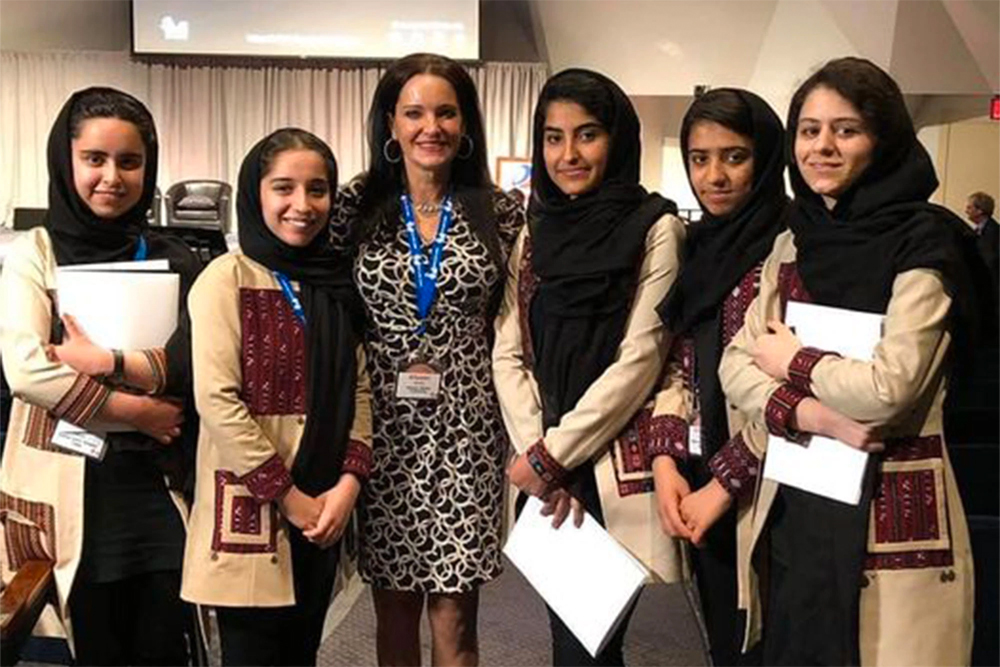 The Afghan Dreamers first made headlines in 2017 after winning the silver medal for "courageous achievement" at an international robotics competition in the US, which involved 158 nations. While other teams had four months to build and ship their ball-sorting bot during the ‘FIRST Global Challenge’ competition, the six Afghani girls taking part only had two weeks.

They had been denied American visas twice until a late intervention by the Trump administration made it possible for them to head to Washington, DC.