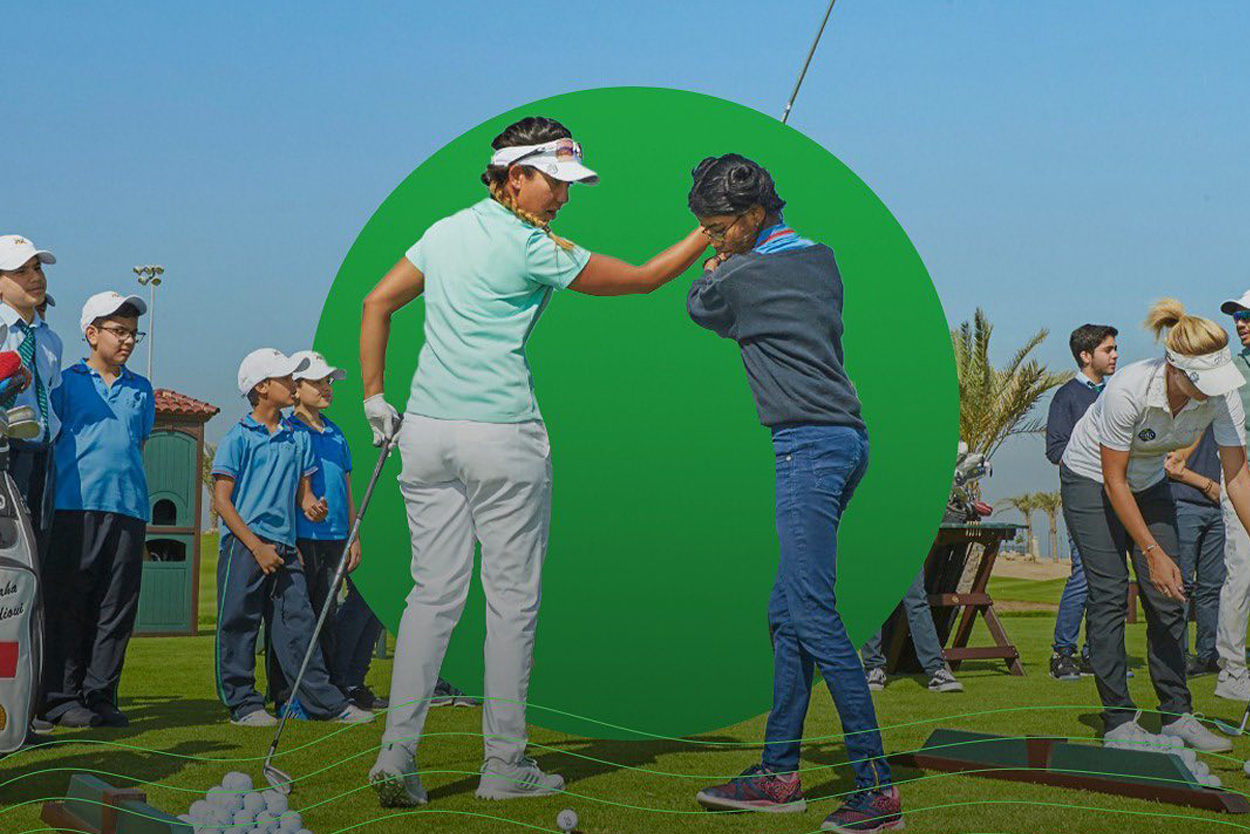 Over the past few years, Saudi Arabia has been focused on driving women’s golf forward, particularly through professional tournaments for female golfers and its milestone initiative, Ladies First Club, launched in 2020 and which offers free golf to women across the Kingdom. Now, in line with the nation’s larger approach, Golf Saudi has launched its Mass Participation program, aimed at increasing involvement in the sport locally and globally. As part of this program, Golf Saudi hosted female Saudi personalities this week at the second Aramco Team Series tournament of the year in Spain.

According to its website, the Aramco Team Series is the first team event series on any professional tour, welcoming the world’s best golfers and presenting “winning titles for the best individual and team scores in the newest format in golf.” This year’s tournament, which was organized with the Ladies European Tour (LET), saw the presence of leading personalities from across the Kingdom such as the founder of the first Saudi Arabian female football team Maram Al-Butairi, health coach and entrepreneur Nawal Al-Khalawi, and social media influencer Hana Bassrawi.

Golf Saudi has signed up with the UN Sport for Climate Framework and extended its collaboration with the GEO Foundation, helping put the sports sector the on the path to climate neutrality.https://t.co/Nd3VAZo8Zq

At the event were coaches who gave the guests golfing tips and fun challenges, and on site was a golf simulator as well, allowing participants to give the game a try. As part of the event, Golf Saudi also rolled out a challenge course that was envisioned and created with The Stadium Concept, described as a training program developed by experts that introduces sport to those new to sport. At the end of the day, everyone who participated at the event was given a tour of the golf course at La Reserva Club Sotogrande where the tournament had taken place.