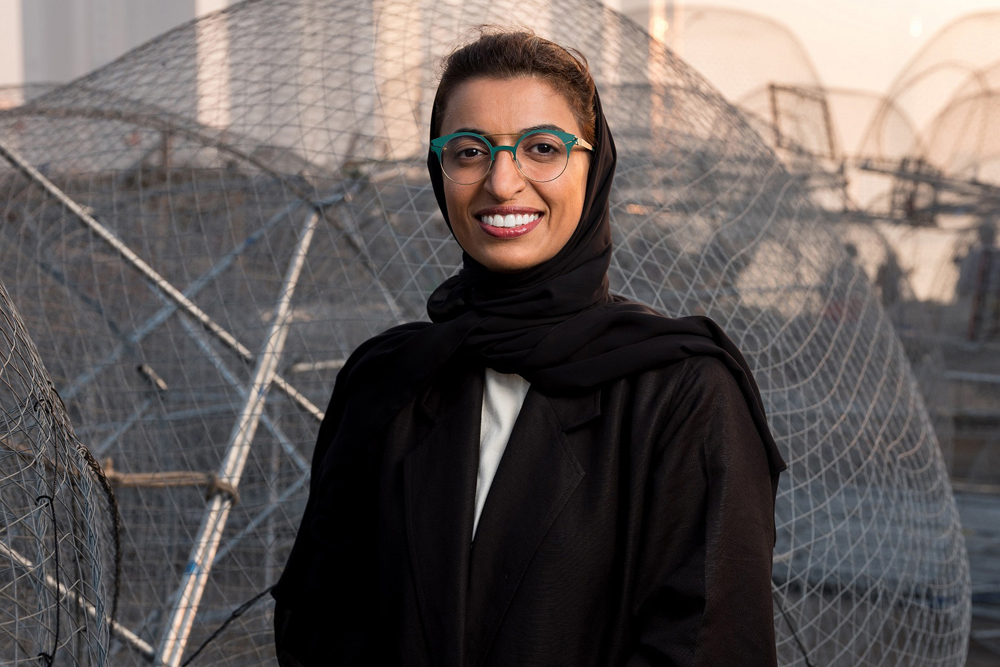 The region’s pioneering podcast, which aims to be a voice from the Middle East to the world, marked its sixth anniversary and 200th episode with the Emirati trailblazer…

Her Excellency Noura bint Mohammed Al Kaabi recently helped the Dukkan Show mark its sixth anniversary. To celebrate the milestone, the podcast, one of the first independent society and culture ones in the Middle East North Africa (MENA) hosted Al Kaabi, the UAE Minister of Culture and Youth, during its 200th episode. During the show, the 42-year-old Emirati politician and businesswoman shared insightful reflections on how social, cultural and creative spheres and communities in the UAE are driving a sustainable economy for the country.

“The Creative Economy has become an important part of our global economy. Not just as a narrative, but also as an implementation model. Many countries have realised the importance of knowledge-based industries, and the UAE in particular believes that these cultural and creative industries are key assets to create sustainability for the economy,” Al Kaabi, who has held her ministerial position since July 2020, said.

The United Arab Emirates University and London Business School graduate and former Minister of Culture and Knowledge Development also said the UAE is a central player in the growth of CCI in the MENA region.

“The UAE’s preeminent position as an innovation hub is central to the growth of CCI in the wider region.” Al Kaabi, who is Chairperson of the UAE National Commission for Education, Culture and Science and President of Zayed University, added.

The Dukkan Show was the first podcast around the world to ever host a #TodayAtApple talk with its authentic content experiences that speak truth. As a voice of cultural understanding, the stories shared on the platform empower those who share a like-minded approach in creatives and culture. In the past six years, the podcast has enjoyed over 2.6 million downloads.

“Dukkan Show was created to tackle cultural conversations, own our own narratives and most importantly export our culture and stories from the Middle East to the world. Cultural export through media is soft policy and we work hard to shape and shift conversations about the Middle East and how the world sees it,” Omar Tom (OT), the Cofounder & CEO at Dukkan Media, said.

He added the amazing six-year journey started when there were hardly any other podcasts coming out of the region, while today, the podcasting scene is rapidly growing each year.

“All of our podcasts in Dukkan Media were built by identifying each show’s purpose first and clearly defining what we want to share with the world, then make it entertaining for the listeners to keep coming back. With the Dukkan Show, we have perfected this formula making our podcast one of the most sought after shows in the region,” the CEO and one of the hosts, along with Reem and Mohamad Akkaoui, continued.

The proud Tom also said the podcast’s success is credited to the wonderful team and amazing listeners. And he wants anyone, from listeners to supporters, to feel free to always send a message, which will surely get a response like all the others that are read.

The Dukkan Show is available on any of the podcatchers including Apple Podcasts, Spotify, Google Podcasts, Amazon Music, Deezer, Stitcher, and Anghami to name a few. Since January 2016, it has featured over 120 international guests from around the world, including Gary Vaynerchuch, Liza Kishk, Prince EA and Shepard Fairey (OBEY).

Naming it The Dukkan Show is a nod to the community grocery stores that play an important role in being a provider of products and services to the area. They are also a safe space where people come together and hangout to discuss topics that matter to them.