Saudi ambassador to the U.S has been dedicating her efforts to the promotion of sports in the Kingdom to the world. 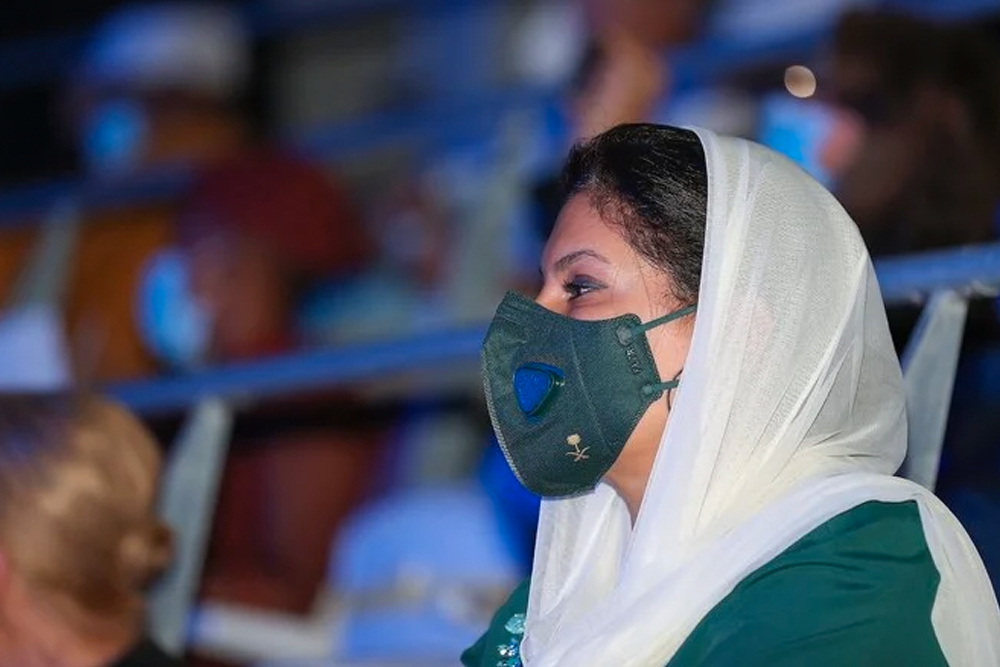 The Saudi ambassador to the United States, HRH Princess Reema Bint Bandar Al Saud, who is also the first Saudi woman to become ambassador, lauded the Saudi athletes participating in the 2020 Tokyo Olympics.

The leading Saudi female figure attended the opening ceremony last week where the Saudi committee participated in the show and was donned in Art of Heritage traditional wear.

“I’m so very proud of all our athletes who are representing the Kingdom of Saudi Arabia in Tokyo today,” said Princess Reema bint Bandar. According to Arab News, she wished them well and added: “We’re just starting and it can only get better from here.”

Not only is she proud of their performance but also their long dedication to have reached the hard-earned spot of the Olympics.

“Each young man and woman brings their own unique experience to their sports,” she said. “And to see them make it all the way to the Olympics, despite the current challenges, brings me tremendous pride and joy.

“Our aim as a team in Tokyo is not just to compete for medals, but to compete with passion and dignity and to open the doors for young men and women to truly engage and participate in sports.”

As part of the national Vision 2030, Saudi Arabia has been boosting all sports in the Kingdom as well as increasing global expose and female participation. “We’ve been working hard to create the best environment to foster and grow local and regional talents and to adopt sports as a way of life in the Kingdom,” she added.