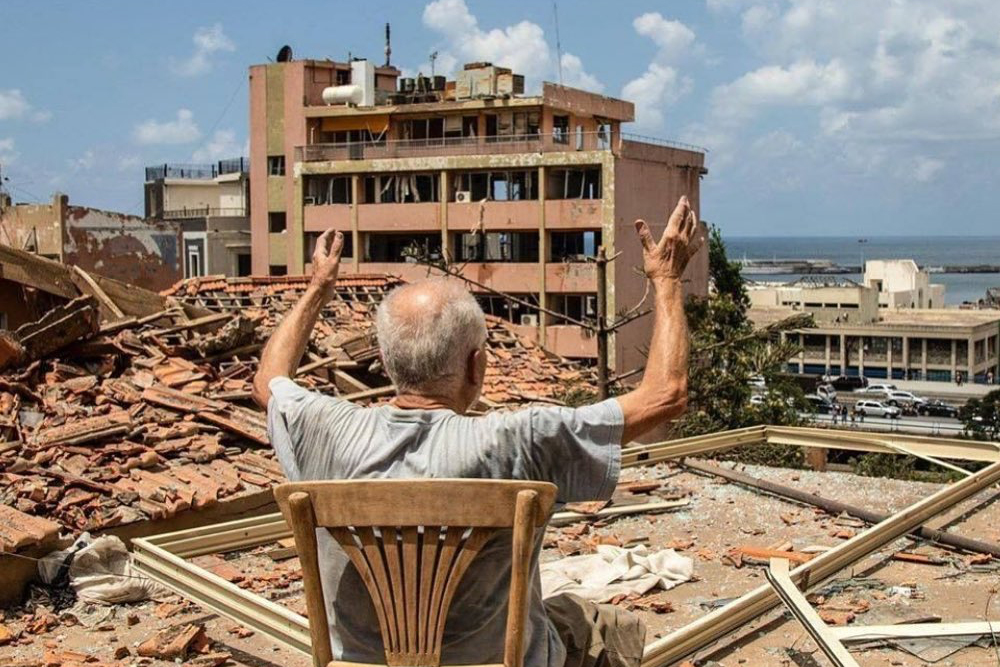 A year after the cataclysmic Beirut port blast, Shady Rizk's doctors are still plucking glass from his body. The latest extraction was a centimetre-long sliver above his knee pit.

"Almost every month, I find a new piece... the glass is still stuck in my thighs, my legs, and I guess, in my arms," said Rizk, a 36-year-old network engineer who was sprayed with shards during the explosion.

"The doctors said there will continue to be glass in my body for several years," he said. 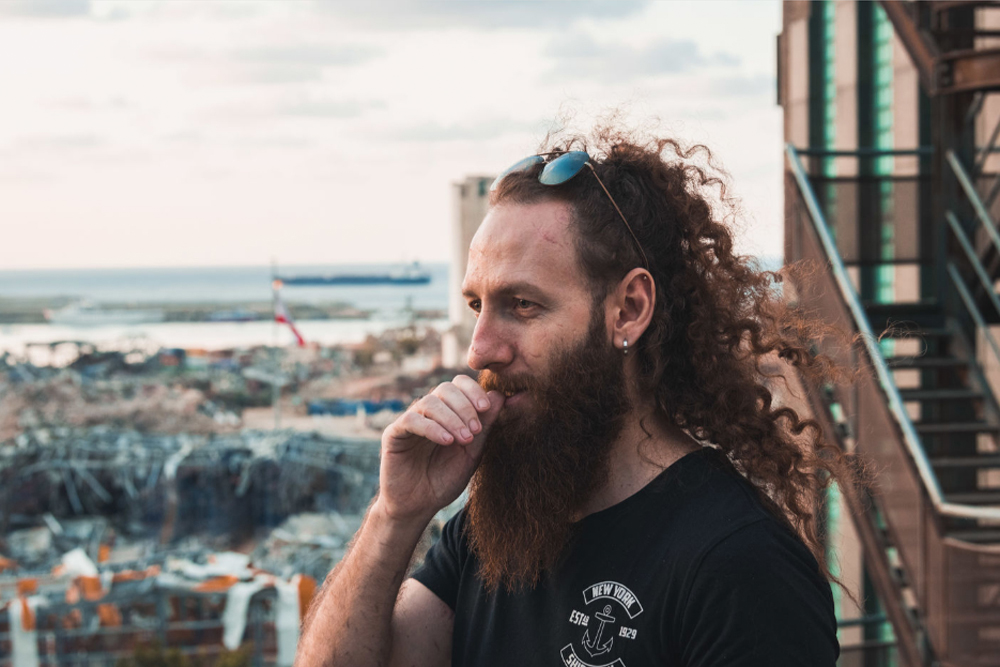 The August 4 blast that thundered through the city levelled entire neighbourhoods, killed more than 200 people, wounded 6,500 others and pummelled the lives of survivors. This dark blotch in Lebanon's chaotic history has since folded into a nightmarish year amid a stalled blast probe and an accelerating financial crisis branded by the World Bank as one of the worst in modern times.

With no politicians held to account and the country facing soaring poverty, a plummeting currency, angry protests and shortages of basic items from medicine to fuel, many survivors are simmering in the lead-up to the tragedy's first anniversary.

"The explosion still lives inside of me," Rizk said, speaking to AFP from under the office building where he was when the blast went off. "With August 4 approaching, knowing that nobody has been caught or sent to prison, the anger is hitting hard," he added.

"It makes you want to break things, take to the streets in protest, throw Molotov cocktails, spark a fire... anything to let the anger out."

Rizk was standing on a balcony overlooking the port, filming plumes of smoke rising from a warehouse, when the hundreds of tonnes of ammonium nitrate fertiliser stocked inside it exploded in front of him. The blast left him with more than 350 stitches and permanently impaired his vision. He can barely see at night now, making his world even darker in a country blighted by endless cuts. But physical scars are a secondary problem, he said.

"The trauma, it rips you up inside," said Rizk, who is now planning to emigrate to Canada. "It's like internal crying." 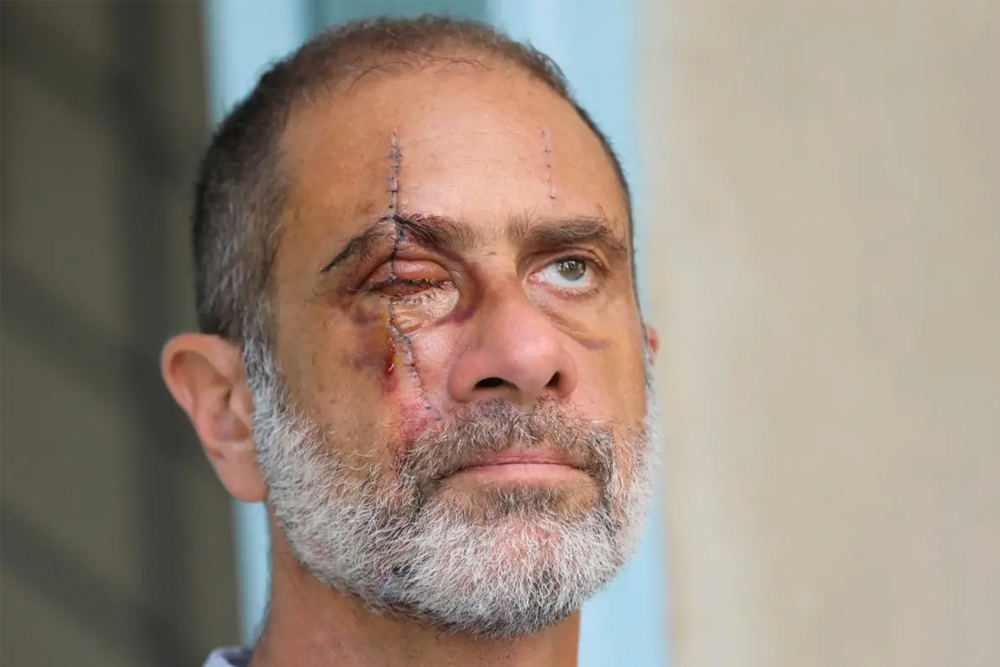 Sitting in his clinic nearby, Rony Mecattaf said he is adjusting to the permanent loss of vision in his right eye after three surgeries and several meetings with specialists in Europe over the past 12 months. To compensate for blind spots, the 59-year-old psychotherapist always sits on the corner of the table and walks on the left side of the street. He laughs along when his friends jokingly call him the "one-eyed man".

Mecattaf said the past year has felt like a "shedding of illusions". "It's been an incredible illusion this country, this capacity that we always prided ourselves on, on being able to have fun... to live the life," Mecattaf said. "All of that got shattered." What remains is the reality of collective trauma and the lack of space to heal as the country slides deeper into chaos. "There is a survival mode we are all in," Mecattaf said. "This surviving process doesn't allow for a real and healthy time to process." 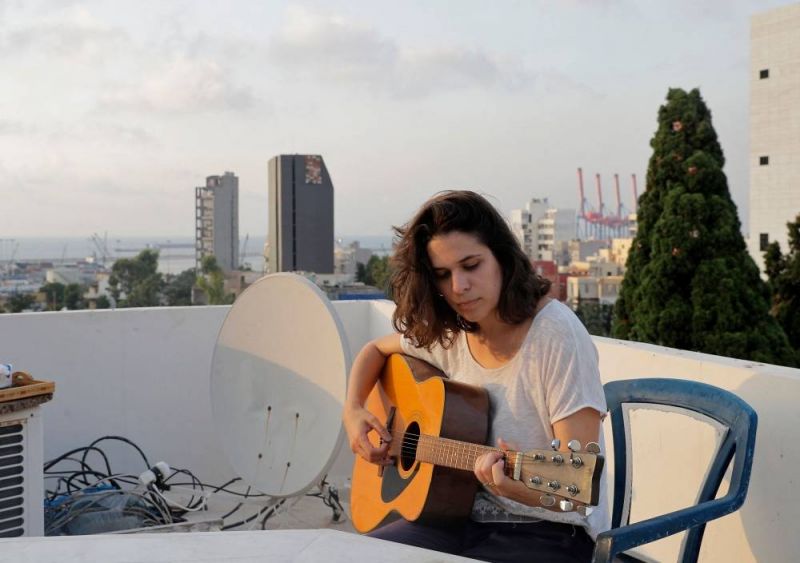 On the roof of her apartment in Mar Mikhael, a neighbourhood severely damaged by the blast, Julia Sabra said she now feels unsafe at home. The 28-year-old singer moved back to her renovated flat five months after it was devastated by the explosion.

"My boyfriend was unconscious on the floor, blood all over his face and leg," Sabra said.

Since moving back, she said they have been "just terrified of any sound... doors shutting, storms, winds being too loud, hearing something fall down the stairs.

"You can't get a break... you are trying to heal from a certain trauma or wound from the blast and you also have to deal with day-to-day shortages of everything," she said.

In July, Sabra and her band -- Postcards -- played at the renowned Baalbek festival, including a track which explicitly references the explosion and is called "Home is so Sad" after a Philip Larkin poem.

The nagging drumbeat and ethereal vocals convey deep sadness and vulnerability, aptly capturing what has been the dominant mood for many Beirutis since the blast.

"Something changed," Sabra said. "I'm not sure if I would say (Beirut) lost its soul, I still think it has a lot of soul, but it's a wounded soul."