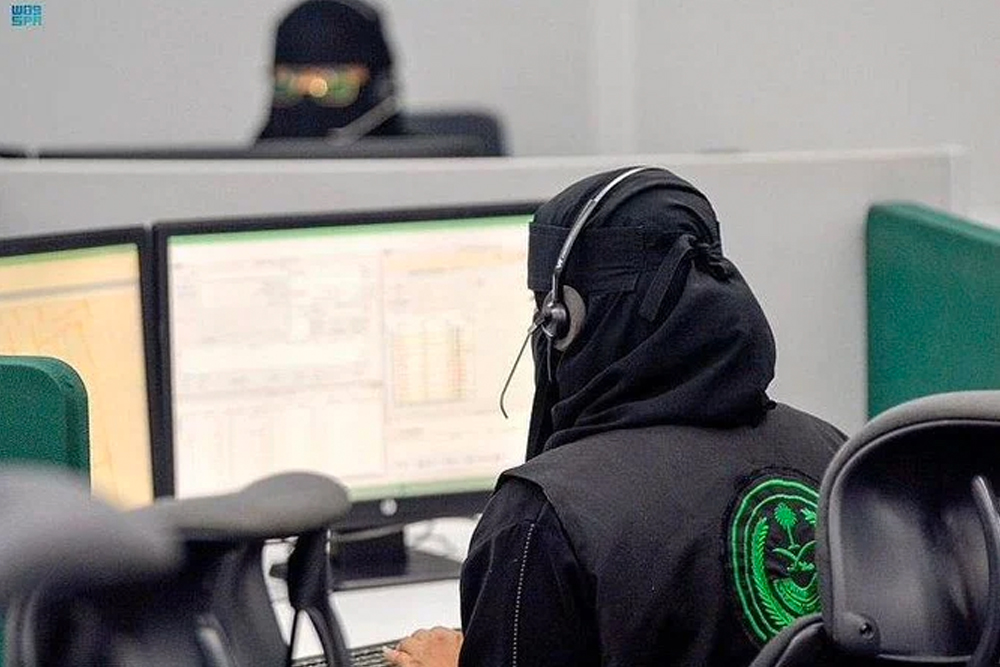 In Saudi Arabia, all emergency call services are consolidated into one physical entity known as the Unified Security Operations Center, which can be reached by dialing 911. Now, this center responsible for responding to calls for information and emergencies related to certain agencies such as Police Patrol, Traffic, Road Security Special Forces, and Civil Defence announced this week the inclusion of women responders within its Mecca and Riyadh teams.

As part of the ongoing wave of women breaking into formerly male-dominant sectors and excelling above and beyond, these new team members have been highly trained to respond to callers in various languages, catering to the plethora of nationalities present in Saudi Arabia. These inspiring women will operate under the Kingdom’s National Center for Security Operations (NCSO), and will be responsible for the provision of various services to citizens and residents through the single number 911.

#WATCH: #Saudi women working in the Unified Security Operations Center (911) say they are proud to be doing jobs that were once the sole preserve of men https://t.co/RF8abzQ6s3 pic.twitter.com/ebfD7PzAbs

Speaking to Arab News about the landmark appointment of women in the Center, Ghadeer Al-Sahafi, who is trained to answer German-speaking callers, explained the breadth of her responsibilities as an operator, saying, “I usually pass the reports the center receives from the callers to the relevant authorities. We have received intensive training courses in dealing with all of the calls we receive daily from different segments of society.”

In Saudi Arabia, there has been a wave of trailblazing women over the past few years and here are three who should be on your radar.https://t.co/lPMLiIDqsU

The Center operates 24 hours a day, and its Riyadh arm alone serves a staggering 22 governates. The new female recruits will occupy a range of roles, working either as technicians, operators, quality assurance team members, or business intelligence experts.