The charitable race is really helping to make a difference! 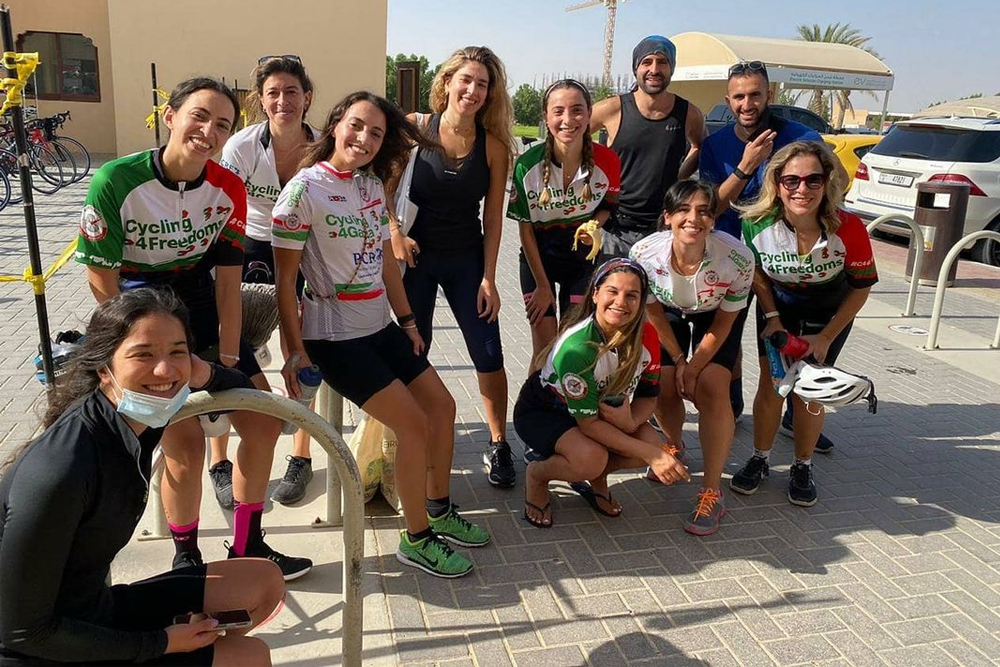 On July 24, over 150 cyclists in 20 plus cities will be steering away to show solidarity with and raise awareness about the situation of the children in Gaza and beyond. And for the 13th Cycling4Gaza (C4G) event, the participants will cross 73 kilometres to symbolise 73 years of dispossession and displacement of the Palestinian people.

For this year’s fundraising cycle, the non-profit initiative is once again joining forces with the Palestine Children’s Relief Fund (PCRF), a reputable charity that has provided free life-saving, not to mention life-changing, healthcare and medical assistance to tens of thousands of children in Palestine for over 30 years. By taking part the cyclists hope to raise at least $100,000 which will go directly to the PCRF’s humanitarian projects and the children these projects support. With the recent attacks on Gaza, the need for the medical care that these projects provide is more important than ever.

For 2021, the annual event, which has raised over £2 million since its inception, will see group rides taking place in cities around the world, including four regional ones: Amman, Dubai, Kuwait City and Manama. The other cities that are set to host rides for a cause include Amsterdam, Chicago, Geneva, London, New York City, Oxford, San Francisco, Toronto and Washington, D.C. Meanwhile, solo riders will be hopping on from Arizona, Birmingham, Berlin, Seattle and others..

“I have always believed that individuals that can make a difference should... After visiting the Gaza Strip in March, those words could not have meant more. The people living in Gaza, despite their dire circumstances and limited access to all basic human needs, simply give; they give love and support to their families, they give care and aid to their friends and neighbours, and they give their lives for their freedom. How can we not do more?” Zara Hannoun, the head of C4G, expressed.

Dina Dajani, who has been at the core of the initiative for the last seven years, also commented on C4G’s important work. “Joining the C4G committee made me realise my enthusiasm and dedication towards working for a cause, that I define success as putting a smile on a child’s face, and gave me a sense of accomplishment from bringing people together to make a difference,” she said. Dajani added C4G is always taking on more and more people to support a significant humanitarian cause, and she feels “proud and honoured” to be involved.

About Cycling4Gaza
Since 2009, Cycling4Gaza (C4G) has been raising critical funds for carefully selected non‐profit organisations that support vulnerable Palestinian communities. And the proceeds have gone directly towards projects and programmes that have impacted the lives of over 22,000 children in the Gaza Strip and Lebanon’s Palestinian refugee camps.

C4G, which also raises awareness about the ongoing siege on Gaza, has attracted over 500 passionate individuals from various corners of the world. Rides have been held in countries all over the world, including the UK, France, Italy, Jordan, Turkey, Germany, the US, the Netherlands, Norway, Spain, Luxembourg and Belgium.

The backbone of C4G, which was founded by a group of determined and enthusiastic youngsters after the 2008‐2009 war on the Gaza Strip, is a group of volunteers. They are dedicated to raising funds for the development of urgent and sustainable healthcare and education projects for the children of Gaza. They also strive to raise awareness of the ongoing blockade of Gaza and the reality on the ground for the people living there.