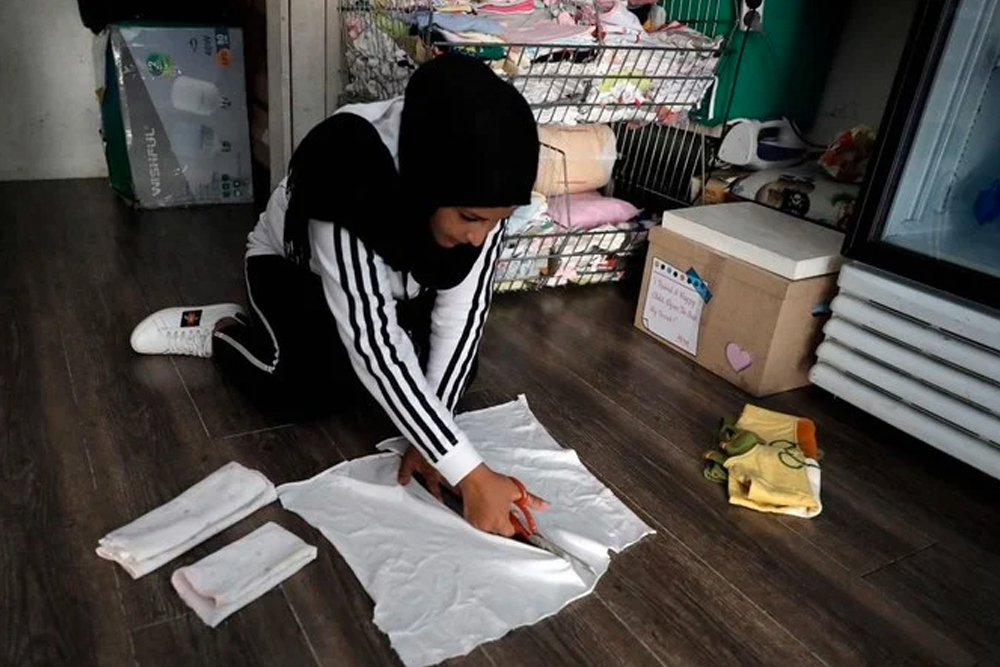 Three quarters of women in Lebanon are struggling to afford period supplies amid a deep economic crisis, forcing many to resort to impractical or unsafe alternatives, non-governmental organisations said Wednesday. "76.5 percent of women and girls living in Lebanon experienced more difficulty in accessing products because of the sharp rise in prices during the past year," the groups Fe-Male and Plan International found in a survey.

As Lebanon battles its worst financial crunch in history, the price of mostly imported period pads has soared. Women and girls are being forced to buy cheaper menstrual pads, wear them longer, or even replace them altogether with tissues, other textiles or cut-up baby nappies.

A survey of 1,800 women and girls from the country's Lebanese, Syrian and Palestinian communities found that these coping mechanisms had repercussions on everyday life. Up to 36 percent of respondents had experienced irritations or infection due to lack of access to the right feminine hygiene products.

More than 35 percent, mostly younger participants, said their period had prevented them from reaching their full potential or engaging in daily activities. One school girl told the Lebanese group Fe-Male that her family could not afford sanitary pads so she used a piece of cloth and missed several days of school each month.

A young mother said she was struggling to make do with bits of material so that she could spend the money on food for her baby instead. Both non-governmental organisations called for a broader public discussion on period poverty and the right to access to safe sanitary supplies.

"Menstruation is not an option but a biological reality, and access to the products of the menstrual cycle is a human right," said Lama Naga of Plan International. Alia Awada, the co-director of Fe-Male, said raising awareness was exceptionally important as most women were reluctant to discuss the topic with their fathers or boyfriends.

"Women and girls don't speak a lot about this need, and this is one of the reasons for period poverty," she said. Keeping quiet about it leads to "dealing alone with it and using alternatives that might not be healthy".