After writing a story about standing up to bullies to defend a friend, Saoud Alkaabi was treated to a day in a cop uniform and a ride in a supercar! 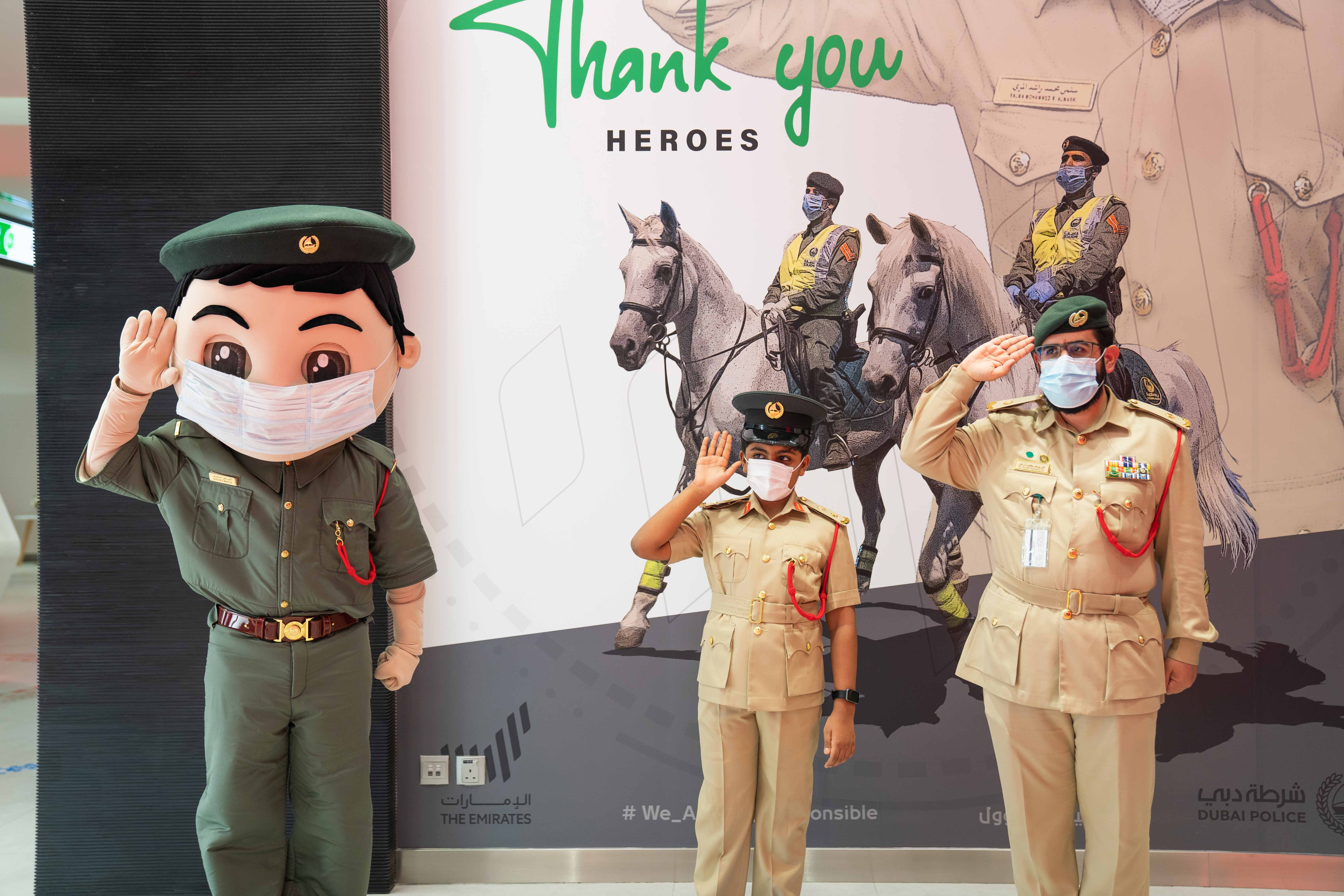 Many children know exactly what they will be doing as an adult and becoming a police officer has traditionally been one of the most popular childhood aspirations. Saoud Ahmed Salem Alkaabi had a taste of his dream come true after winning the Middle East edition of Voices of Future Generations. The nine-year-old boy, the first winner of the regional global writing competition for children, was given an exciting fast-track mini experience of how Dubai Police protect and serve.

With some touching arrangements by the Dubai Police and competition organizer the Emirates Literature Foundation, Saoud, who hails from Kalba, Sharjah, got to experience a day in the life of a police officer in the emirate’s force. For his special day, he got to wear a tailor-made uniform and was even picked up in a supercar for his special tour of Dubai Police headquarters.

Saoud’s exclusive visit to the headquarters was made possible after Captain Sayed Ali Abbas Al Sayed of the Community Relations Department heard about his ambition to join the police from the Emirates Literature Foundation and decided to help make the boy’s wish come true. Colonel Al Mansouri, Acting Director of General Department of Community Happiness at Dubai Police, praised the way the captain coordinated with all concerned partners to fulfil Saoud’s ambition and ensure his happiness. 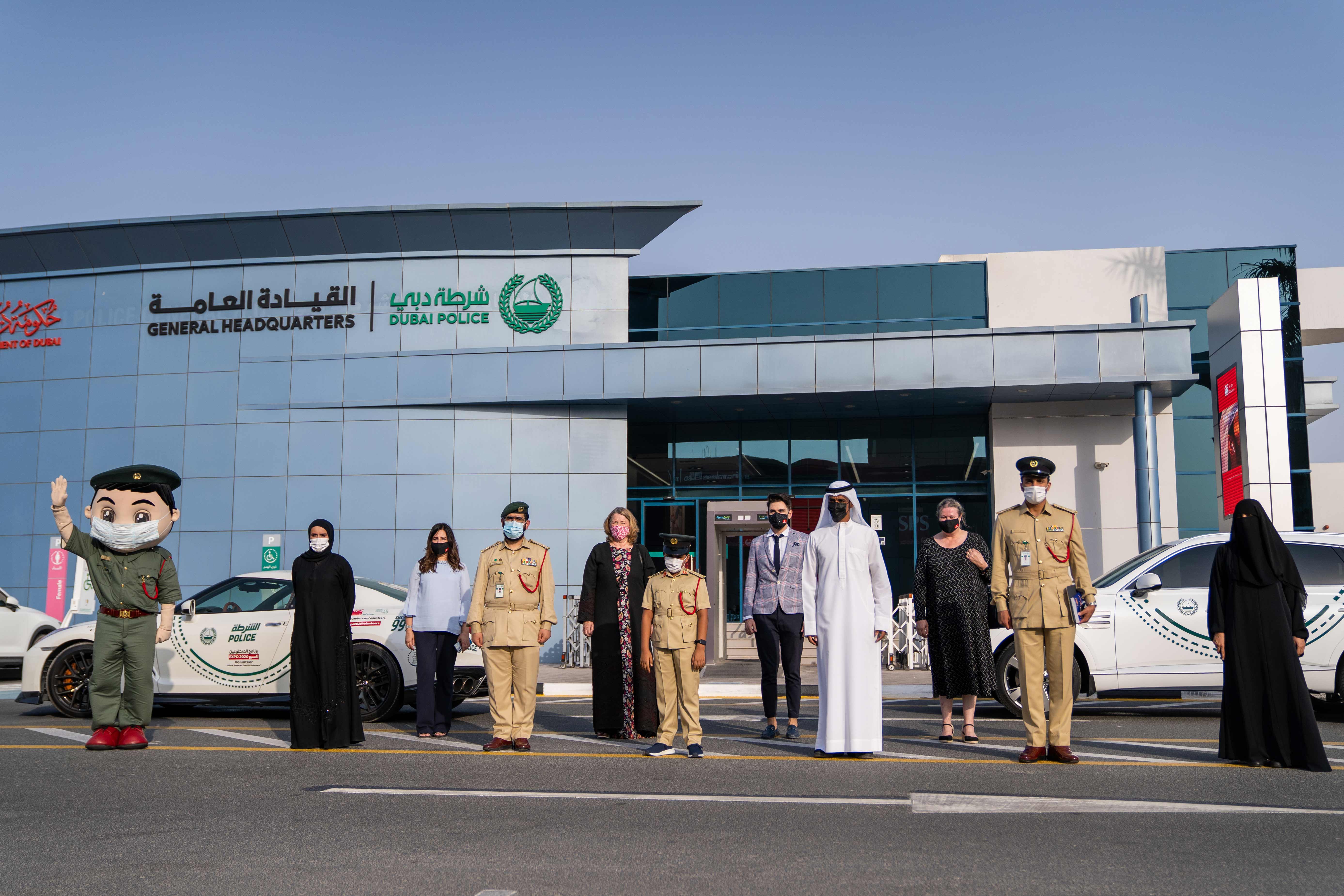 “Our future recruit already embodies all the qualities that make a first-class police officer. Saoud demonstrates his commitment to being a good citizen by taking on tasks to help others, such as digging gardens and volunteering in local businesses,” Al Mansouri said. “His awareness of the wider issues that make a difference to the community is evident in the themes he has tackled in his story. It would be a pleasure to enroll him when he gets to the right age, and I am sure he will have a distinguished career ahead of him.”

HH Sheikha Hissa bint Hamdan bin Rashid Al Maktoum, the Goodwill Ambassador for the Voices of Future Generations in the Gulf region, also supported Saoud by sending him a special message of commendation prior to his visit.

“We are very proud of Saoud. The competition lets children have their say about changing our world for the better and encourages them to think more deeply about how we treat our planet and each other,” Sheikha Hissa said.

The royal said the way the hero in Saoud’s story confronts bullies to defend his friend mirrors Saoud’s own desire for justice and willpower to fight intolerance and discrimination.

“I am delighted that Dubai Police have recognised Saoud's virtues and aspiration to join the police and provided him with this fantastic opportunity,” she added. “His desire to improve our society and protect the rights of others is an example to us all and will serve him well in the future.”

About Voices of Future Generations

Held under the patronage of the UAE National Commission for Education, Culture and Science, part of UNESCO’s network of national cooperating bodies, it is organised by the Emirates Literature Foundation on behalf of Goodwill Ambassador HH Sheikha Hissa bint Hamdan bin Rashid Al Maktoum.

Over 600 entries were received last year, with the best entries published in an anthology titled “Young Voices of Arabia,” which was shared with schools and libraries across the region. The two winners of the second year of the competition will be announced in September, and registrations are now open for cycle three. For more details, see https://vofg.vofgarabia.org/