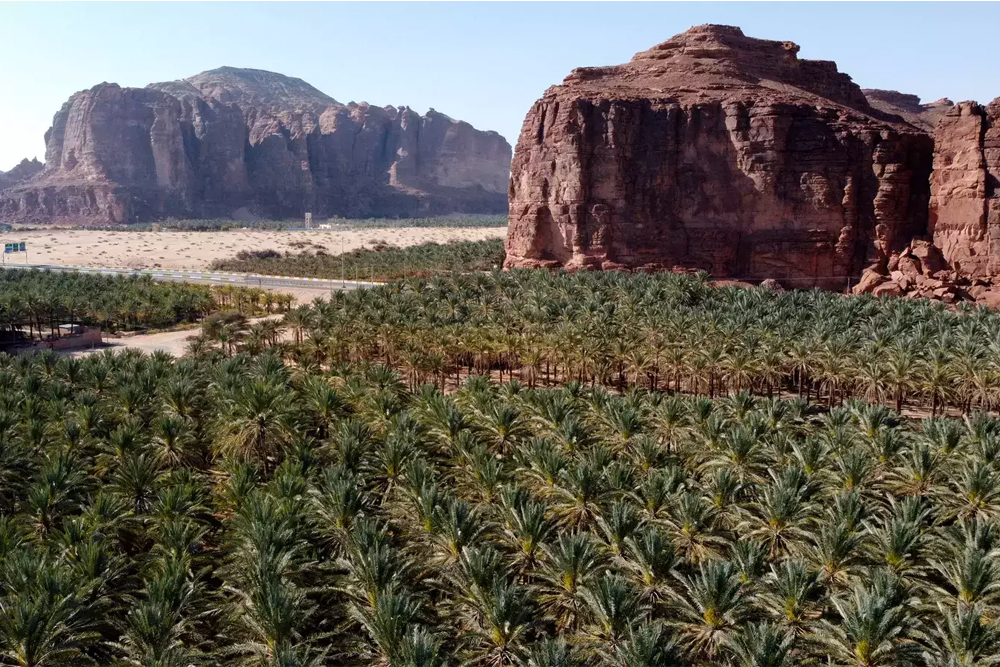 A representative from the Royal Commission for AlUla’s newly established film agency, Film AlUla, arrived at the Cannes Film Festival this week to promote the region’s availability for international film and TV production there. Al Ula is a region of outstanding natural and cultural significance globally in northwest Saudi Arabia.

Having launched at the Berlinale earlier this year, this is the first appearance for the destination at Cannes. Film AlUla also announced its new facilitates which will accommodate 150 film crew and will include production offices and recreational facilities and an outdoor cinema, with the first phase of construction already underway with accommodation to be available by the end of this year.

At the 74th edition of the Cannes Film Festival, Film AlUla will showcase an extraordinary, mostly unexplored destination which presents filmmakers and the world at large with some of earth’s most sensational scenery.

It is the first major fully-fledged film festival since the pandemic, and a truckload of Hollywood stars –from Timothee Chalamet to Nicole Kidman to Matt Damon– are expected at #Cannes2021.https://t.co/Ggw7udYIGW

Stephen Strachan, Film Commissioner at The Royal Commission for AlUla explained, “Our objective at Cannes Film Festival is to connect with the international film industry to introduce Al Ula as a truly unique and exciting film destination, now open for international production.”

He continued, “The Festival is the perfect platform to boost the development of the film-friendly ecosystem within the country, highlight the young pool of talent and experienced crew, and showcase this region of outstanding natural beauty and cultural significance which set it apart as a truly dynamic filming destination.”

Impressive landscapes along the ancient Incense Route are home to 200,000 years of history, including the ancient city of Hegra, the Kingdom’s first UNESCO World Heritage Site. The region features historical sites dating back to the Neolithic era through to the Ancient Arabian Kingdoms of the Dadanites and Nabataeans, the Roman era and the early Islamic period.

"Always seek the light...no matter how far down u feel u are "

The terrain features breath-taking rock formations, volcanic craters, luscious oases, untouched wilderness, fascinating wildlife, microclimates, and vast sandstone canyons. The extraordinary sweeping locations present the perfect backdrop for a wide range of genres such as historical epics, fantasy adventures, extra-terrestrial worlds, and dramatic war movies, and can stand in for an array of different locations, countries, cities, or even another period in time.

AlUla is attracting a growing number of international and regional productions and plans to welcome the upcoming action thriller “Kandahar,” directed by Ric Roman Waugh, starring Gerard Butler. Many local productions, including “Noura,” directed by Tawfiq Al-Zaidi, will also be shot in Al Ula, and is partly financed by the Film Commission at the Ministry of Culture. A broad range of documentary projects because of its many layers of rich history and culture and untold stories are also currently underway.

The @gsaksa initiative will assist people with special needs in Saudi Arabia, develop their sporting abilities, improve their quality of life, boost their presence in sports activities, and increase their global exposure.https://t.co/Cx2pjfAlK4

Production companies who choose to film in AlUla can benefit from a range of incentives such as free bespoke production support, location scouting, expert knowledge of filming in Saudi, help in sourcing equipment and professional crew locally and regionally, and, of course, year-round sunshine.