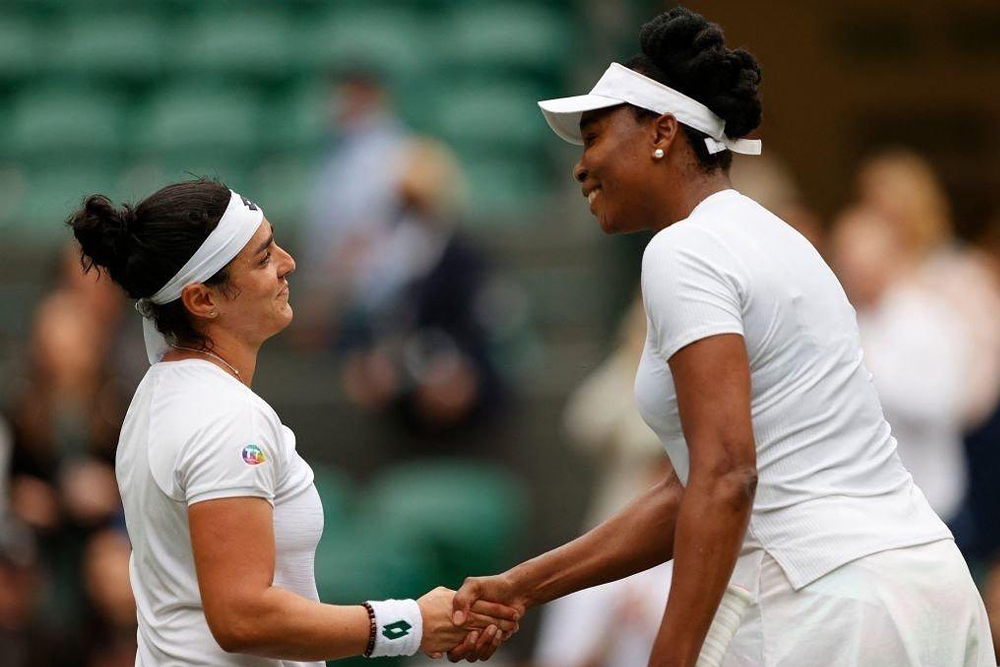 Tunisian tennis player, Ons Jabeur, made history as the first Arab woman to win a Women’s Tennis Association tournament last month, and has just made another major accomplishment. With an astonishing 7-5, 3-6, 6-2 Centre Court win against 2017 champion and Spanish-Venezuelan player Garbine Muguruza, Jabeur has become the first Arab woman to reach the fourth round of the annual Wimbledon tennis tournament.

Speaking about her trailblazing win, Ons Jabeur stated, “It means a lot. Especially (with) so many Arab people watching me and supporting me. I’ve received a lot of messages from different people. It’s amazing. But I don’t want the journey to stop here. I want to continue.”

She also explained how proud she is to represent her home country, “You can see me getting angry, smiling, laughing… It’s an honor to always represent Tunisia. Even playing at Wimbledon and other Grand Slam, I feel like I not just play for myself but always play for my country.”

It was on June 30th 2021 that Jabeur won against, five-time tennis champion, Venus Williams, with the scores 7-5, 6-0 within 80 minutes as she reached the third round of Wimbledon. Jabeur’s second set against Williams seemed to be a breeze for the Tunisian player in stark comparison to the opening set, which was a tense game lasting 52 minutes. On her win against the American champion, Ons said, “I was so nervous, this is the first time I play a legend.”

Not the first time the women have played tennis together, Venus Williams has an amicable relationship with the Tunisian tennis player as they have practiced together several times, and once described Jabeur as one of her “favorite people” in the tennis world.

Williams said of Jabeur, “Honestly, she’s just breaking down barriers. The first woman from her country to do anything that she’s doing. She just won her first tournament, so she’s got to be feeling great,” and spoke about how she finds her inspiring and that she is an inspiration for other women.

In response to the praise she received from Venus Williams, Jabeur stated, “The words she said about me, it was unbelievable. It motivated me even more, you know, I always try to inspire other generations. The fact that Venus says that I am doing it and I’m doing a great job at it, encourages me even more to keep doing what I’m doing right now.” The 26-years-old has also recently attained the position of the highest-ranked Arab woman to ever compete in tennis professionally.