Etihad Rail To Be Part Of A Wider-GCC Rail Network

So much positive impact, including an environmental one… 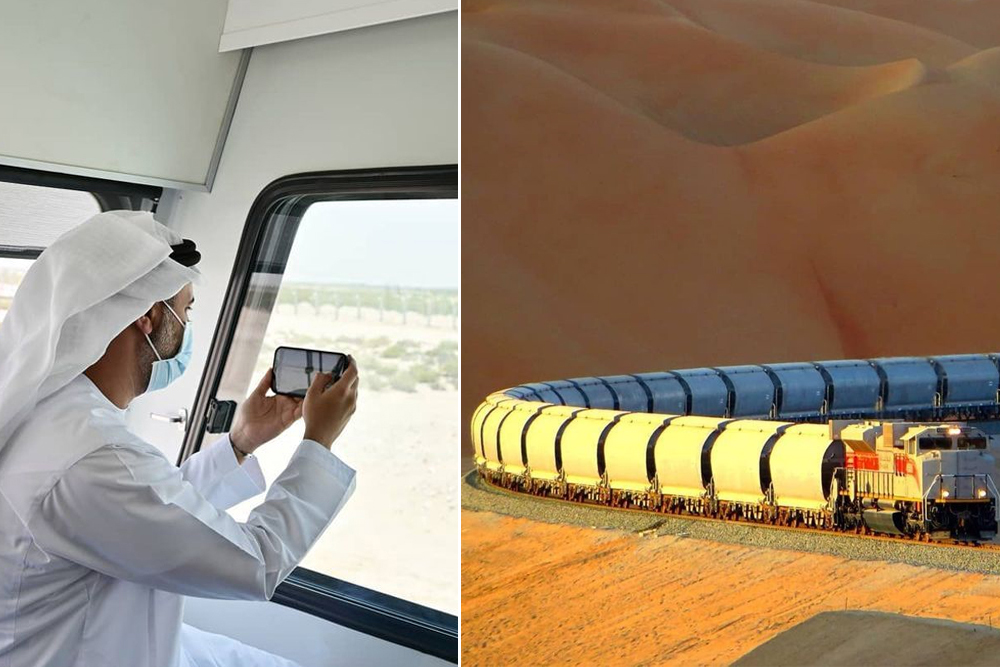 The United Arab Emirates has made a name for itself for not shying away from daring infrastructure and technology projects. One of its most current ambitious travel projects is a distinguished and efficient rail network that connects all seven of its emirates. With plans to run from the Eastern part of Fujairah right up to Ghweifat in the western region of Abu Dhabi, on the edge of Saudi Arabia, Etihad Rail’s state-of-the-art network will initially be used for freight. However, if all goes to plan, it will eventually be a convenient, seamless and eco-friendly method of transport for inter-city passengers, with services running at speeds of up to 200 kph.

What’s more, the long-term plan is to extend the project beyond the UAE’s borders and link it up to an international platform with other Gulf states, including Bahrain, Kuwait, Oman, Qatar and Saudi Arabia. (An agreement between Etihad Rail and Saudia Arabia Railways is already underway.)

Etihad Rail began work on the 1,200km-long passenger and freight transport track in 2009, with the first phase becoming operational in 2016. It covers a stretch of track between Shah and Habshan to the port of Ruwais in the Al Dhafra Region of Abu Dhabi. And since opening, it’s already ferried over 35 million tonnes of granulated sulphur, helping eliminate a highly impressive amount of truck trips from the road. Stage two, which is split into Packages A, B, C and D, began at the beginning of 2021 and sees the emirates connecting through a chain of points including Abu Dhabi, KIZAD, Khalifa Port, Jebel Ali Port, Dubai, Sharjah, Ras Al Khaimah and Fujairah.

A Green And Safe Mode Of Transport
As well as the locomotives kowtowing to Tier 3 (EPA) engine emission levels, there’s a commitment to reduce carbon dioxide emissions by 70 to 80 per cent. (According to Etihad Rail, one full freight train can replace 300 trucks,) Plus, thanks to the company’s important partnerships with the Department of Culture and Tourism — Abu Dhabi and the Environment Agency – Abu Dhabi, some of the sustainable practices include protecting the UAE’s heritage. One way this is being carried out is the relocation of the stately Ghaf trees to guarantee they’re protected during ongoing construction.

Helping ensure minimal wildlife disorder is another priority. The network, which includes passing alongside The Al Maha Forest area, home to a number of important species in the UAE like the Arabian oryx, avoids traversing breedings sites. Noise control tech limits sound levels, while horns are only allowed to blare during emergencies. Plus, there’s a vegetation replanting system, the track is lined with specific fencing and adds in 10 camel underpasses, 22 gazelle underpasses and 78 reptile underpasses up till now.

And it goes without saying, all safety measures are top-notch, with features like ECP brakes and processes for derailment protection.