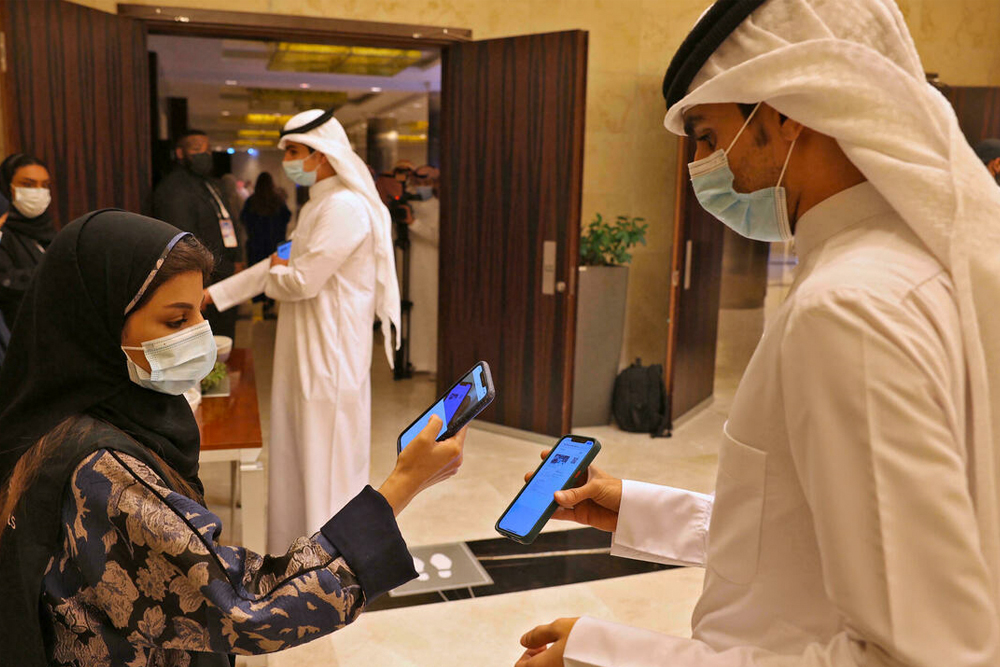 Saudi Arabia has suspended flights to three countries, including the neighbouring United Arab Emirates, to protect against a coronavirus variant, the interior ministry said Saturday. The move comes seven weeks after the oil-rich kingdom permitted fully immunised citizens to travel abroad, after a ban on foreign trips that lasted more than a year.

The UAE, and especially Dubai, is a key leisure destination for Saudis. Flights to and from the UAE, alongside those to Ethiopia and Vietnam, will be suspended from Sunday, an interior ministry official said, quoted by the state news agency SPA.

Including one for Belgian artist Koert Vermeulen's "Star in Motion", which was suspended from the Kingdom Center tower at a height of 256 meters and radiated 1.2 million lumens.https://t.co/oeWqVtuYdE

Saudi citizens and residents returning from these countries will be required to quarantine for 14 days, it added. Citizens would be banned "from travelling directly or indirectly, without obtaining prior permission from... authorities".

The decision was taken due to "the spread of a new mutated strain of the (Covid-19) virus", it added, without explicitly mentioning the increasingly globally emergent Delta variant.

Almost double the number of EU nationals thought to be living in the UK.https://t.co/zrM9AsPpKl

The variant, first detected in India and now present in at least 85 countries, is the most contagious of any Covid-19 variant yet identified. The UAE announced last week it had recorded cases of the Delta variant and it has suspended flights to and from India.

Saudi Arabia, meanwhile, has put major limits on the annual hajj pilgrimage. It has officially recorded more than 490,000 cases of coronavirus, including nearly 7,850 deaths. The oil-rich Gulf state is home to a large expat workforce from Asia, Africa and the Middle East.