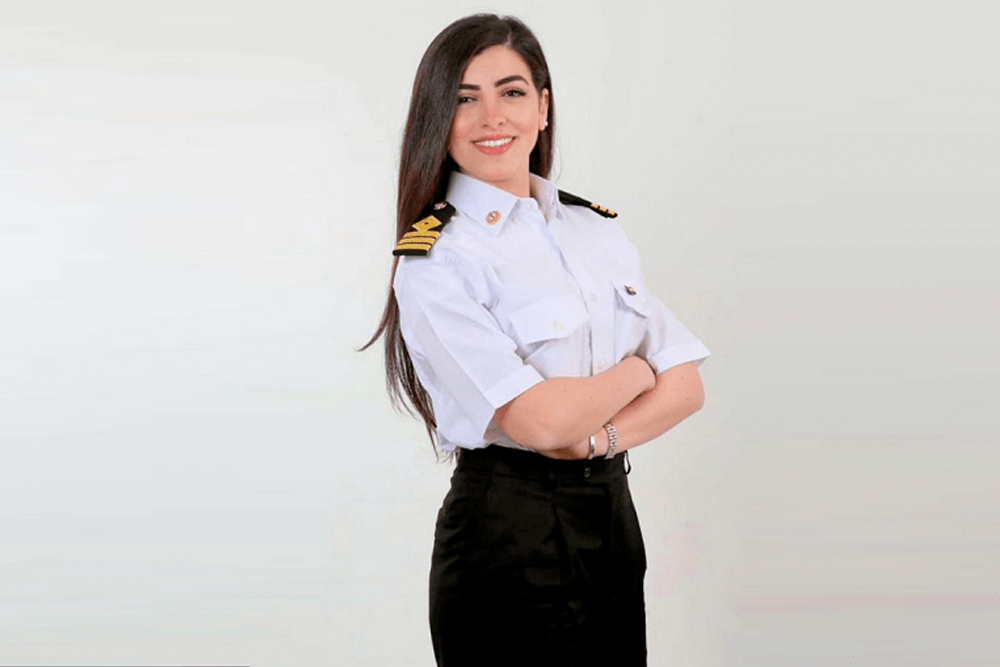 As far back as she can remember, Marwa Elselehdar always loved ships and swimming, childhood interests that were perhaps her first steps towards building a career as a sea captain. A role that is often seen as a man’s job, Elselehdar didn’t let that stop her, studying and working her way to become the first female ship captain in her home country, Egypt, while shattering glass ceilings and redefining social norms along the way.

In university, she enrolled at the Arab Academy for Science, Technology & Maritime Transport (AASTMT), making her the first female student at the institution’s Department of Maritime Transport and Technology (DMTT). In fact, female students at DMTT were unheard of at the time, with legal review by former President Hosni Mubarak making Elselehdar the only woman amongst 1,200 students. In 2013, she graduated, rising to the rank of First Mate. In 2015, she became Egypt’s first female captain, and the youngest, to sail through the Suez Canal, leading the MV Aida IV vessel. 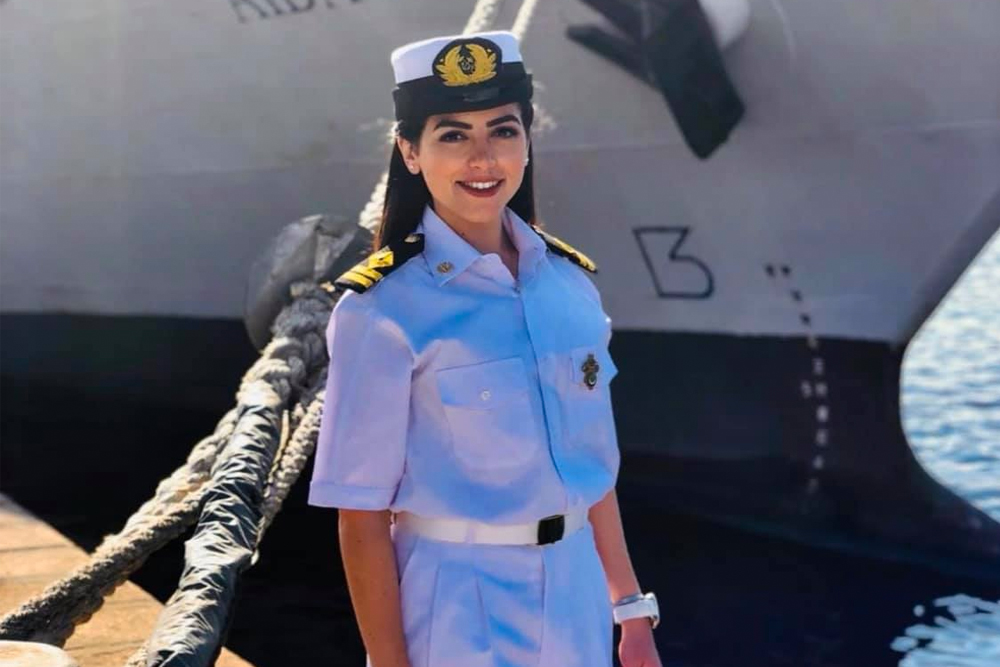 Regardless of her inspiring achievements, Elselehdar has not always been able to shake people’s perception of women in the field, facing skeptics and outright sexism at different points in her career. In March 2021, for instance, the Ever Given vessel accidentally wedged across the Suez Canal, affecting cargo flow through one of the world’s vital sea routes for several days. Elselehdar would become an online sensation, but for the wrong reasons. Twitter accounts, some of which that were impersonating the sea captain, spread false rumors of Elselehdar manning the Ever Given, blaming a female captain for the incident. In actuality, she was in Alexandria at the time and nowhere near the ship. 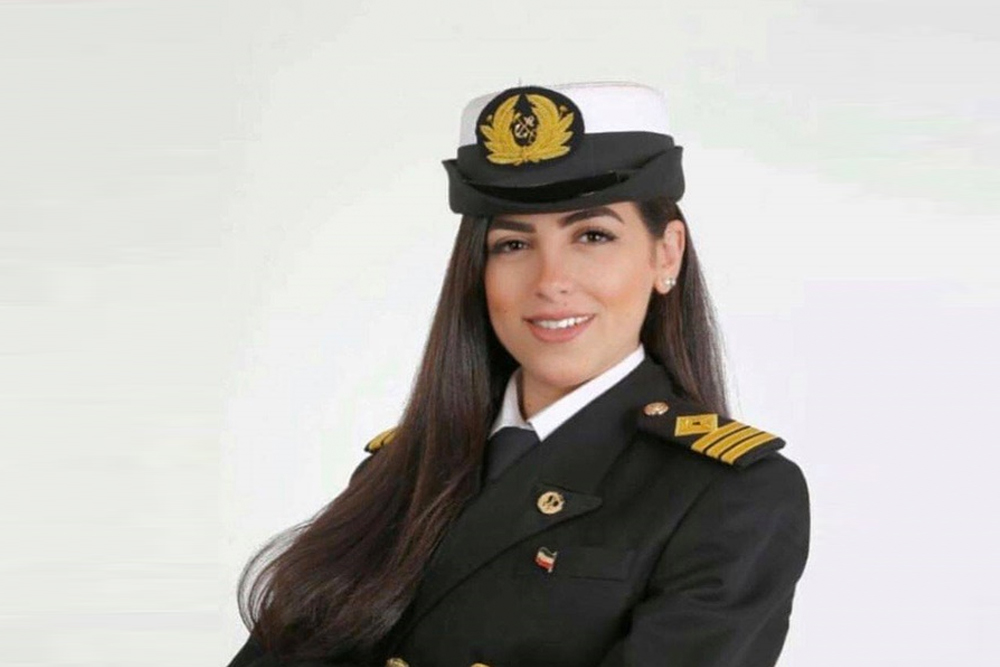 Nevertheless, the rumors made Elselehdar more popular, alerting the world to her role as a female sea captain, a milestone not just for Egypt, but the world as a whole, as less than two percent of people with similar positions are women. In recognition of her inspiring career, she was honored on Women’s Day in 2017 by President Abdel Fattah El-Sisi. 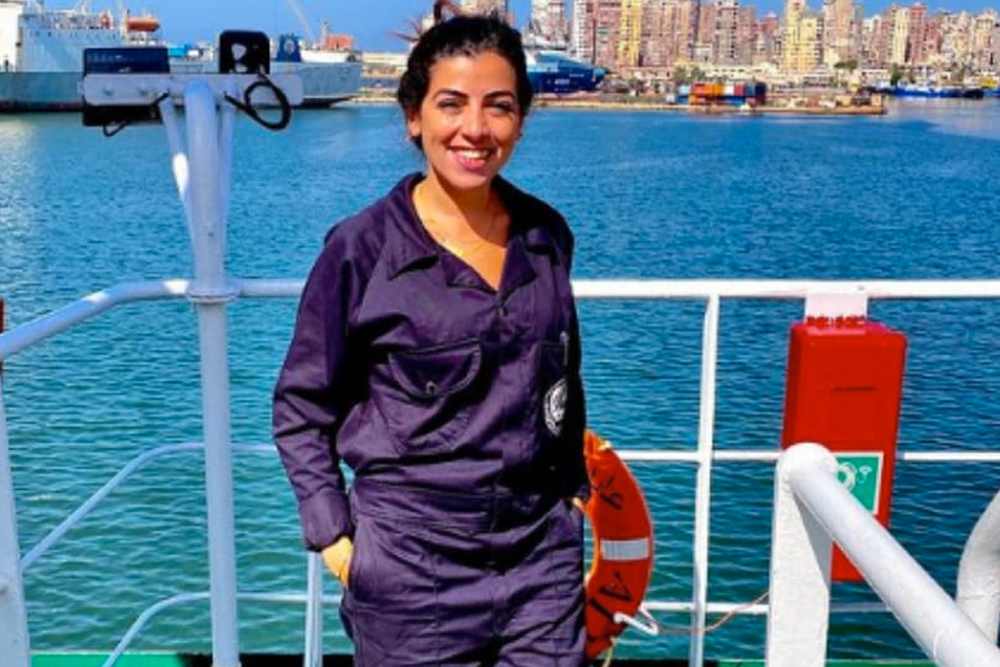 Elselehdar has more great plans for the near future. She hopes to obtain a Master’s degree and a Ph.D. while continuing to sail the high seas for years to come.