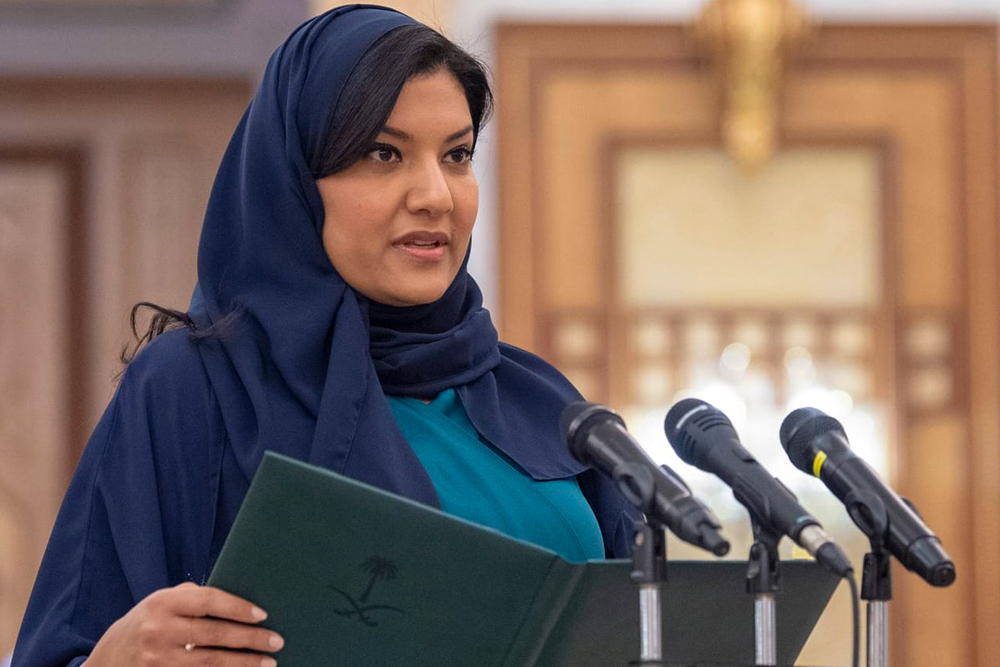 Saudi Ambassador to the US, Princess Reema Bint Bandar Bin Sultan recently confirmed that Vision 2030 has contributed to a major increase for opportunities for women in the kingdom, which have encouraged women to take part in the programs designed for them to improve their skills in a number of economic sectors.

In a statement, Princess Reema affirmed that Vision 2030 had contributed to the space being made for Saudi women at the "Igniting Women’s Entrepreneurship and Innovation in Saudi Arabia" workshop. The event was hosted by the Atlantic Council’s empowerME Initiative in partnership with the US Mission to Saudi Arabia and the American Chamber of Commerce in Saudi Arabia’s Women in Business Committee. Martina Strong, US Chargé d'Affaires to Saudi Arabia was also a participant at the event.

With Saudi Arabia emerging as a true culinary destination, it’s a natural step for Le Cordon Bleu to establish a culinary arts and hospitality school in Riyadh.https://t.co/lX0HMAtlRT

The economic and social reforms in the Kingdom have enhanced and improved business opportunities for women-owned enterprises, and employment in top-level positions. Princess Reema also added the Vision 2030 reforms have propelled the kingdom into an increasingly progressive and equal environment, as well as contributing to some historical moments for the women of the country – with thanks to the Saudi Crown Prince, Mohammed bin Salman.

Speaking about her own passions for being entrepreneurial, Princess Reema stated, “The limitations today are only your dreams, and Vision 2030 has unlocked so many opportunities for women to dream,” and imparted encouragement for women all over Saudi Arabia to take advantage of the programs and educational systems designed to enhance their skills.

For years, Saudi Arabia’s unstoppable Dr. Ghadah Talal Angawi has been conducting training programs, coaching, and consulting services, as well as building a leadership effectiveness model based on her ethical leadership research.https://t.co/AOO2zGhW4H

Martina Strong also added, "We want to see many more women take their rightful place of leadership in the economy and across Saudi society," as she shone a spotlight on the kingdom’s current digital economy in which new sectors, entrepreneurial and employment opportunities are being created every day.

The "Igniting Women’s Entrepreneurship and Innovation in Saudi Arabia" workshop was the first of five workshops planned for this year. Each one is aimed at connecting US and Saudi business leaders and entrepreneurs to create more opportunities and build positive and progressive relationships.