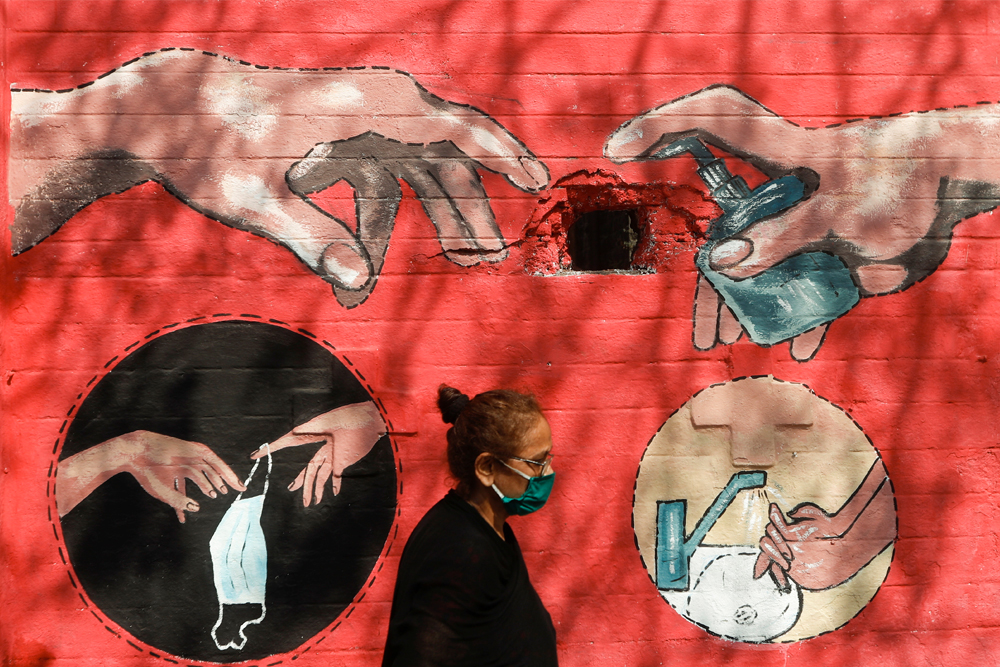 A najana Lalaji Bise's precious last photograph of her husband is a picture he sent to her on WhatsApp a few days before he died from COVID-19 in a hospital in western India.

Bise had to quarantine at home after her husband, a farmer, was hospitalised last month, but she was able to stay in touch with him using a smartphone given to her by a local nonprofit to help her small snack business operate during the pandemic.

India's COVID-19 crisis has exposed a wide digital divide, prompting many grassroots groups to focus on connecting poorer women without internet access to healthcare and financial support, or simply to help them keep in contact with loved ones.

"I didn't know about WhatsApp or video calling before," Bise told the Thomson Reuters Foundation from her home in Nimbhore village in Maharashtra, one of the states worst-affected by India's second coronavirus wave.

If we have access to healthcare and a comfortable home, the least we can do is try to join efforts to help those in urgent need. https://t.co/g88FgMZ79e

"If not for this mobile, I wouldn't have been able to see my husband," the 42-year-old mother-of-two said, her voice cracking with grief and still weak from the effects of the disease.

COVID-19 has killed nearly 390,000 people in India and infected almost 30 million, according to official data, but experts think the real numbers are likely much higher.

The deadly second wave, which peaked in April and May, left the health service on its knees. In desperation, many turned to social media to track down hospital beds, oxygen cylinders and medication, while others used coding skills to grab rare vaccine slots on registration websites.

India has one of the world's widest digital gender gaps, with only a third of women owning a mobile compared to two thirds of men, according to a 2018 Harvard University study.

But the divide is far greater for poor rural women, who are also much less likely to have digital literacy skills, according to Chetna Sinha, founder of Mann Deshi, an organisation which works to empower rural women.

CUT OFF
Grassroots campaigners say smartphones can be instrumental in helping women - giving them greater autonomy and access to services and information.

Mann Deshi, which has given phones to rural women in western Maharashtra's Satara district, said the devices have helped them survive financially during the pandemic.

After receiving her phone, Jyoti Devkar, 25, quickly learnt how to create a Facebook page for her computer parts shop in Banpuri village, post photos of her products and accept online payments.

When she was hospitalised with COVID-19 some 15 km (nine miles) from her home, Devkar was able to keep her business going while recovering. 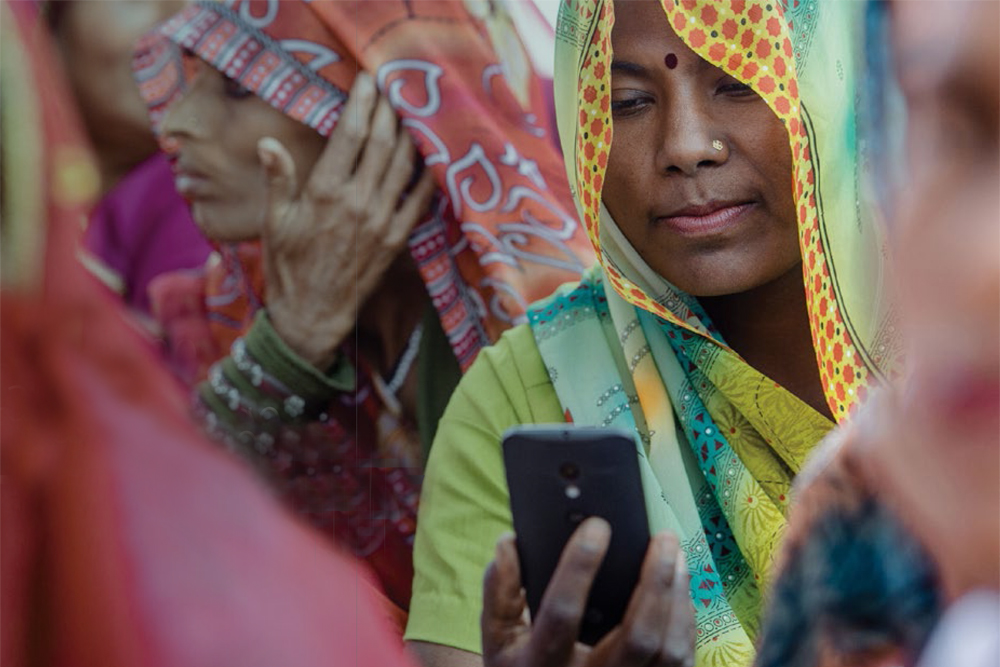 "I stayed in touch with my family back home on video calls," she said. "But staying in a ward full of patients was distressing so I continued working. It kept me sane."

While most men isolating with the virus can easily keep in touch with family, Sinha said the lack of a phone left many quarantining women completely cut off.

"We initially provided smartphones to help rural women keep their businesses going during the pandemic, but we then realised how important a phone was to help them connect with their families during lockdown and quarantine," she said. 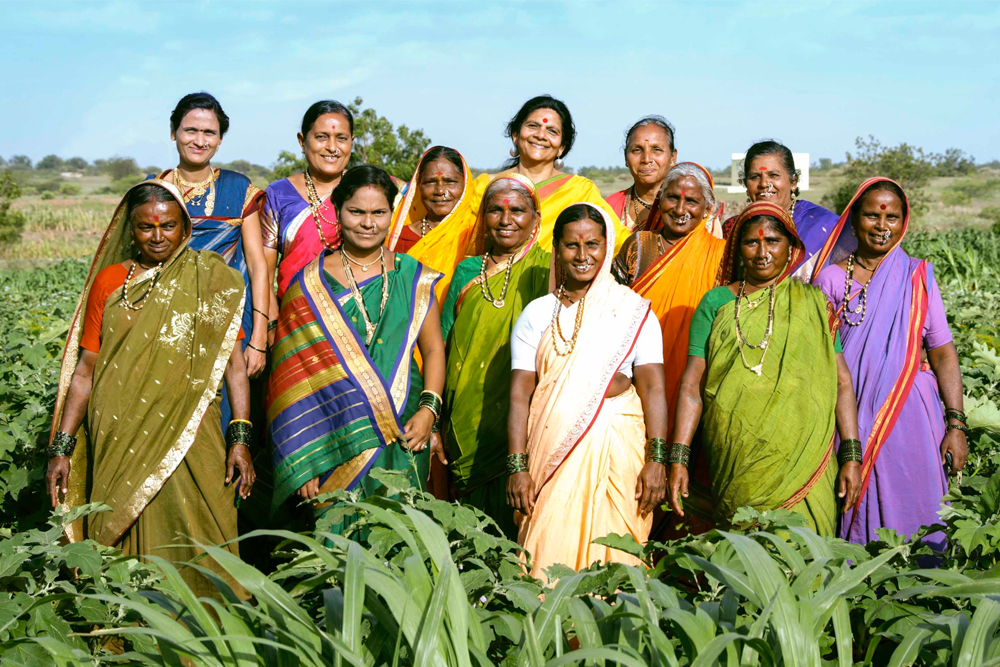 Across the country, many social enterprises like Mann Deshi - companies, nonprofits and community groups that aim to make the world a better place - have rapidly pivoted their operations to plug gaps in the national response.

Mann Deshi, which founded a bank for rural women in 1997 and provides training in business skills, has helped build a 300-bed COVID-19 hospital and is working with others to provide oxygen, beds, ventilators and medication to the sickest.

'LIFELINE'
Other social enterprises have set up hotlines to help marginalised communities in areas where the nearest health centre may be far away.

"Most don't have their own phone and can't find a private space in their crowded homes to talk freely. But when they call, it means they desperately need help."

Inquiries include questions about the vaccine, pandemic-related stress and job losses, lack of medicines for chronic diseases like diabetes, and domestic abuse, which has spiked during lockdowns.

Swasti arranges phone consultations with doctors, prescription deliveries and sends community workers to check on callers who may need referring for specialised care.

It also helps pregnant women who have been unable to attend check-ups due to lockdowns or who have run out of iron supplements to prevent anaemia, which affects half of pregnant women in India and is a major cause of maternal death.

Widow Kiran Bajaj, 53, who struggled to cope when she was self-isolating with the virus at home in central Madhya Pradesh state, said the practical tips and support she received from the helpline calls were a "lifeline".

Grassroots organisations are also providing women with oxymeters to monitor oxygen levels, connecting them to diagnostic facilities, and paying for tests - a prohibitive cost for many - to ensure those infected get the right treatment.

Nonprofit SEEDS, which helps India's poorest people, has established COVID-19 care centres for marginalised communities and a hotline to help them source everything from hospital beds to oxygen.

SEEDS co-founder Manu Gupta said women had often been brought to hospital later than men, by which time their symptoms were more serious. 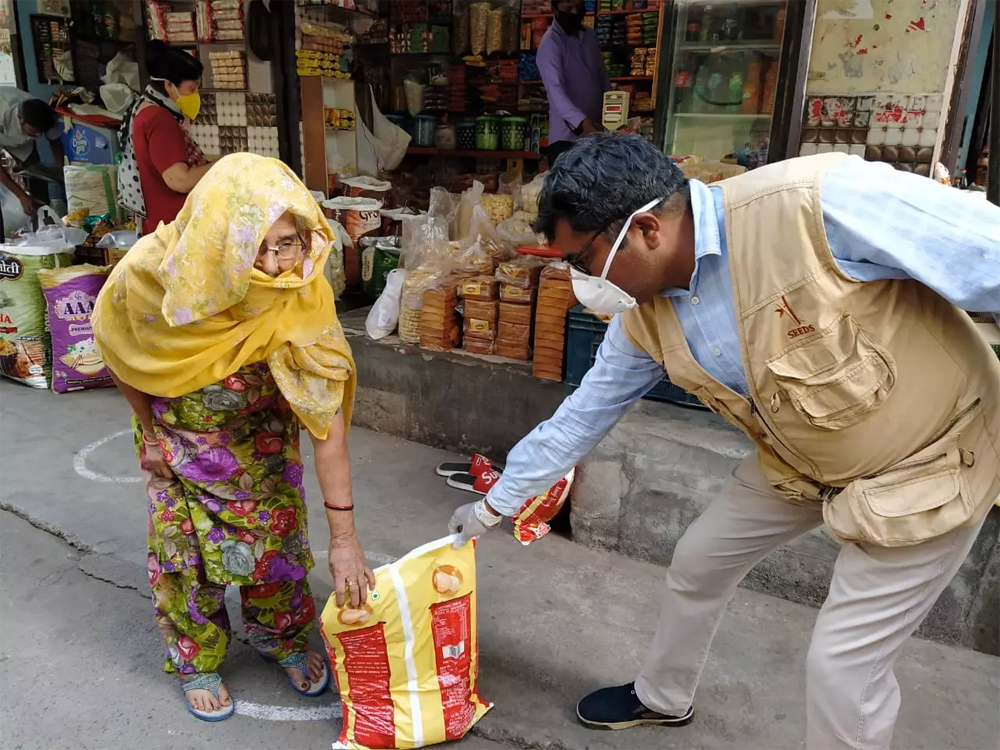 Daily coronavirus cases are steadily falling, but Gupta now fears the digital divide could put millions of poor, including rural women, at the back of the vaccination queue.

With India requiring people to register for their jab via a smartphone app or website, Gupta urged the government to work with civil society and community organisations to reach those lacking access to technology.

SEEDS is sending teams door-to-door to encourage people to get jabs and help them register.

"We tend to leave out the most vulnerable whenever we have a large-scale response to a crisis - and then society's inequalities become even more pronounced," Gupta said. "We're trying to make sure nobody gets left behind."