Billy Karam Museum for Mini Cars; a First of Its Kind in the World 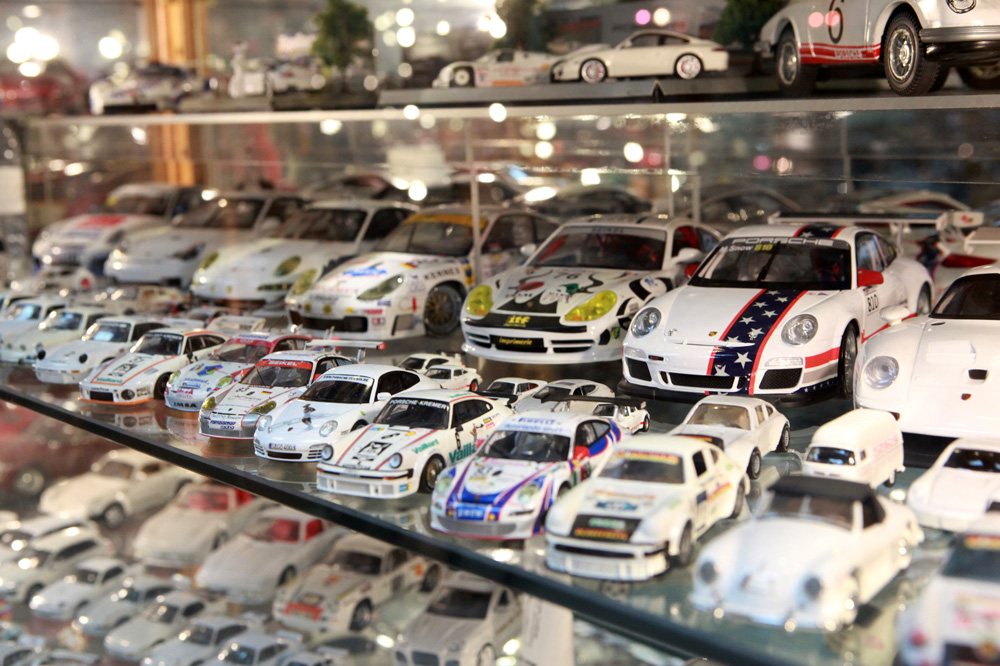 Former Lebanese race car champion Nabil Karam entered the Guinness Book of Records five times as the owner of the largest collection of mini sports cars which currently stands at 37,777 and Diorama models which stands at 577. 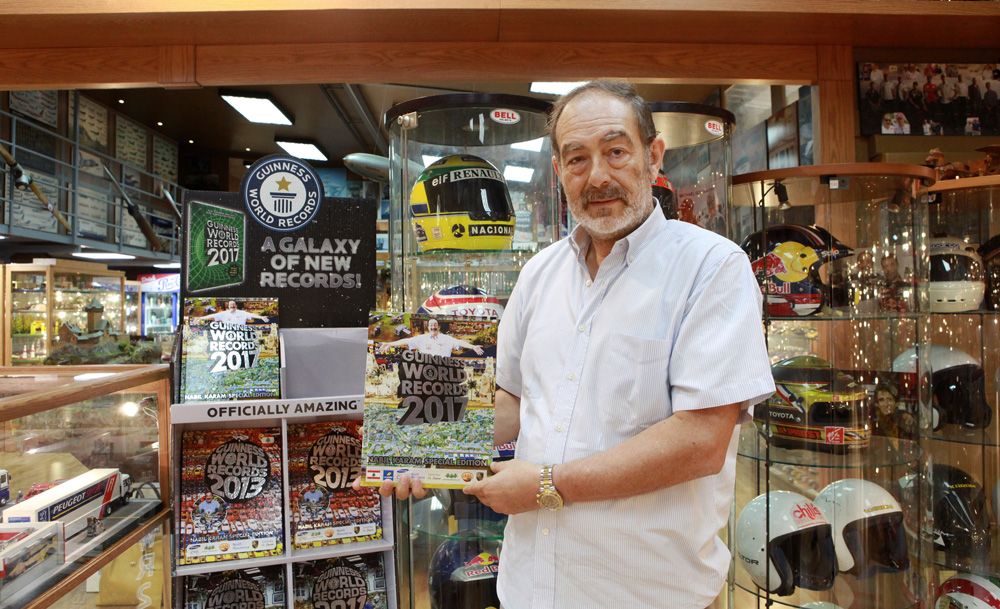 Karam, who is known by the nickname Billy, showcases his mini sport car collection at the Billy Karam Museum for mini cars in Lebanon and has become a destination for visitors from all ages after it entered the Guinness Book of Records five times, the latest being in 2017. Guinness confirmed that this museum has no other match in the world. 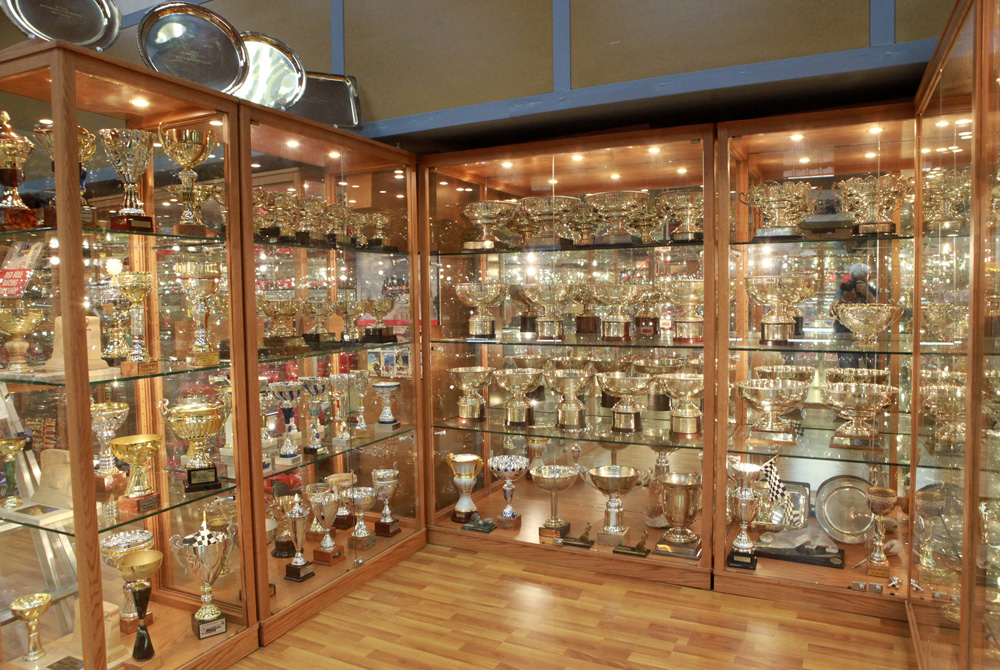 The museum which extends over a space of 1,500 meters is made up of two floors and has thousands of mini sports and classical cars, as well as civil and military models. It exhibits models for tanks and missiles that have been used in battles, in addition to ships, boats, steamers, cups, medals and hats that were collected by Karam from various parts of the world during his participations in car races. Recently, the museum hosted the Formula One car which belongs to the Red Bull team, and which gained the title of World Champion four years ago while driven by the German racer Sabastian Vettel and the Spanish racer Carlos Seinz.

AboutHer caught up with Billy Karam at his museum and below are excerpts of the interview. 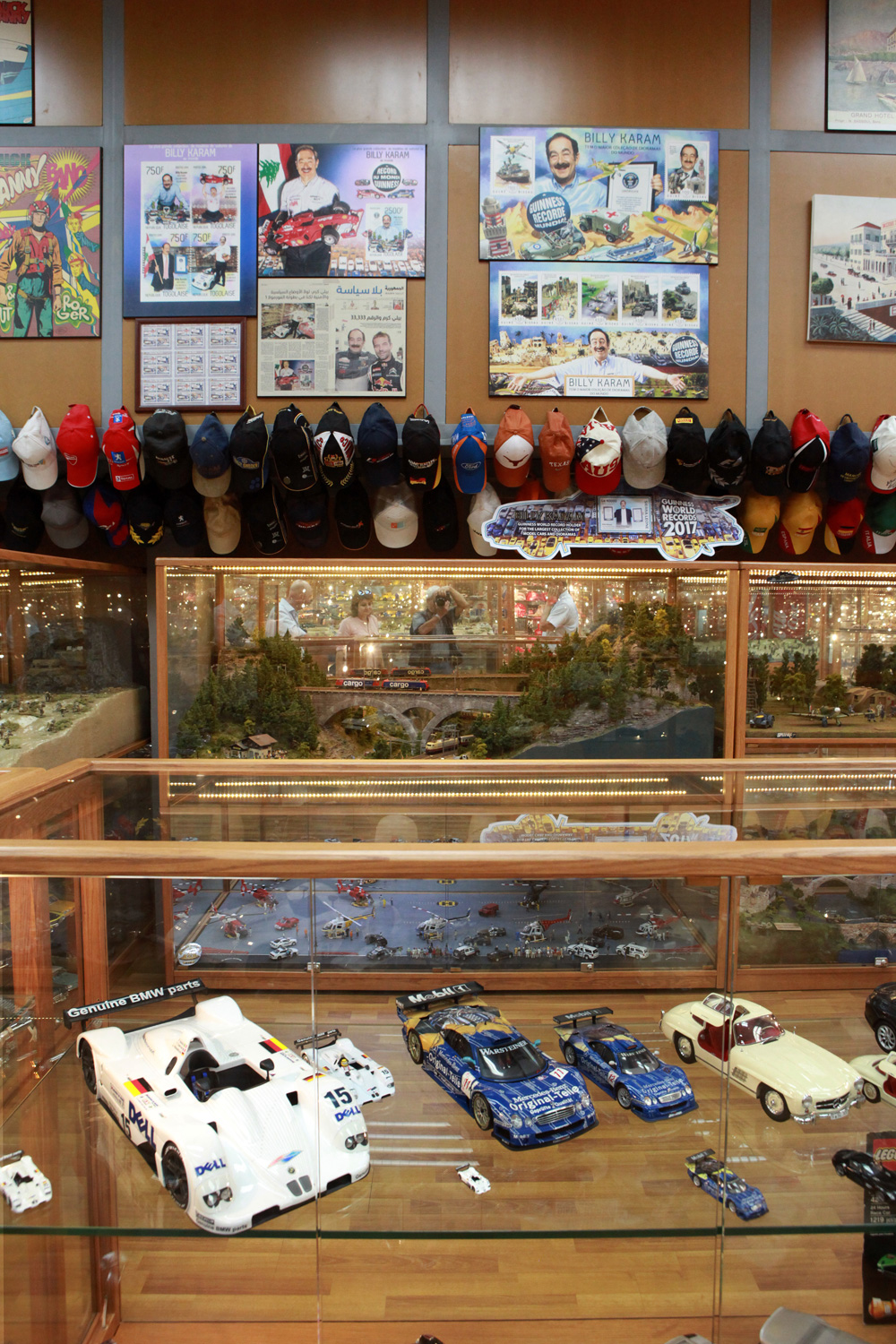 “I bought the first car when I was 31 years old, because of my love for driving and participating in races,” said Karam. “I was well aware that I was late in the matter, but that was because I never had any encouragement from my family who always told me that car races are rather dangerous.”

“I loved cars ever since I was a child, and had a small collection. I remember making cars, trains and ships out of wood, but again my family didn’t encourage me,” he said. “When I grew up I tried to realize my dream, which was somewhat late. I participated in races in Lebanon and outside. That’s when I started to win titles and medals every year. I bought my second car in 1986 which was a Porsche from the Middle East champion. By that time I had won Lebanon’s championship for eight consecutive times in rallies and speed races.” 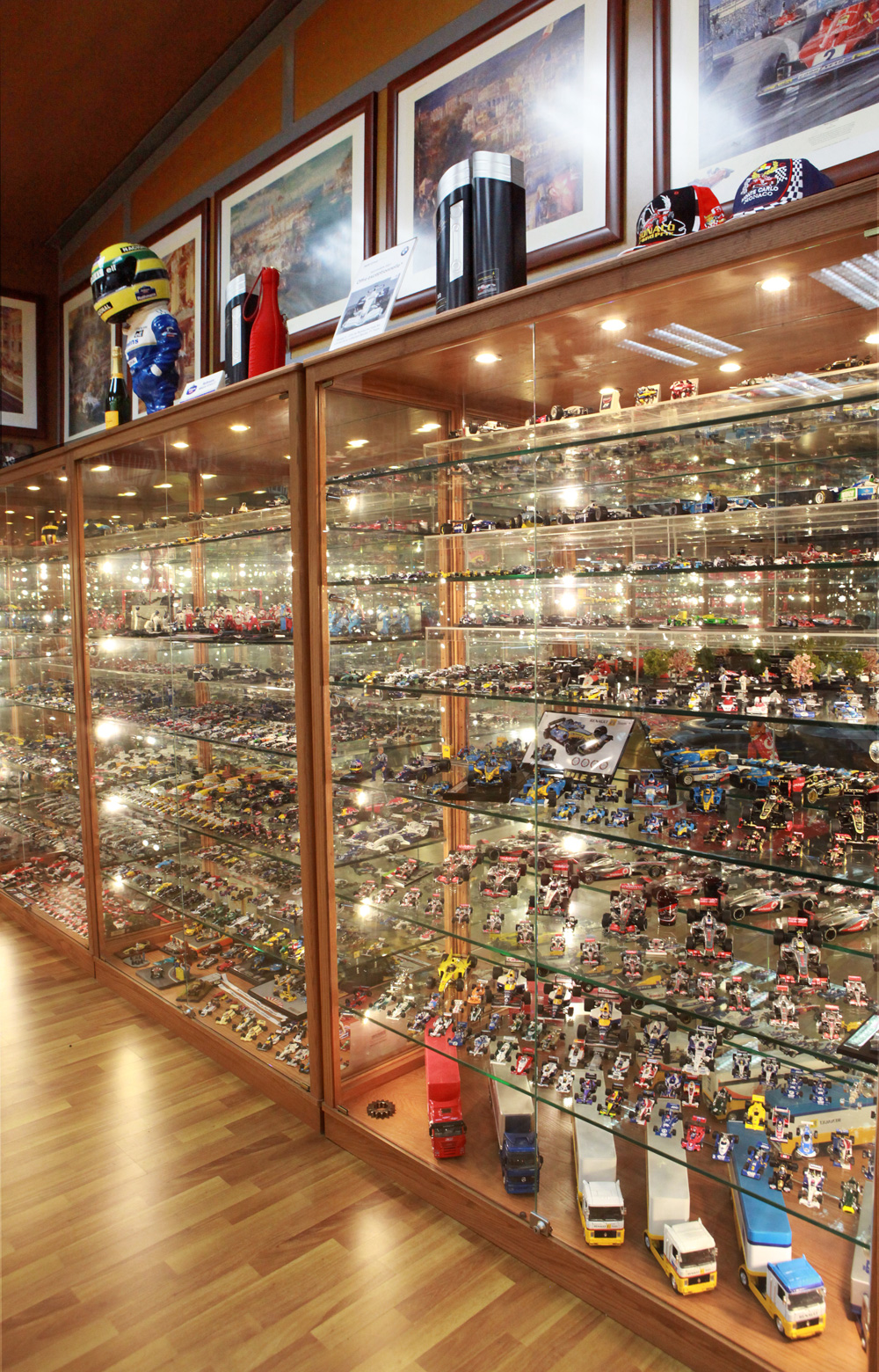 “My passion for cars and racing grew and I participated in every race I heard about, despite the fact that I had multiple fractures from previous races,” he added.

About the establishment of this museum which is unmatched in the world according to Guinness Book of Records, Karam confirmed that he collected mini cars and models inside his house. But since the place could not take any more cars, he decided to allocate a room in his wood workshop for the cars. 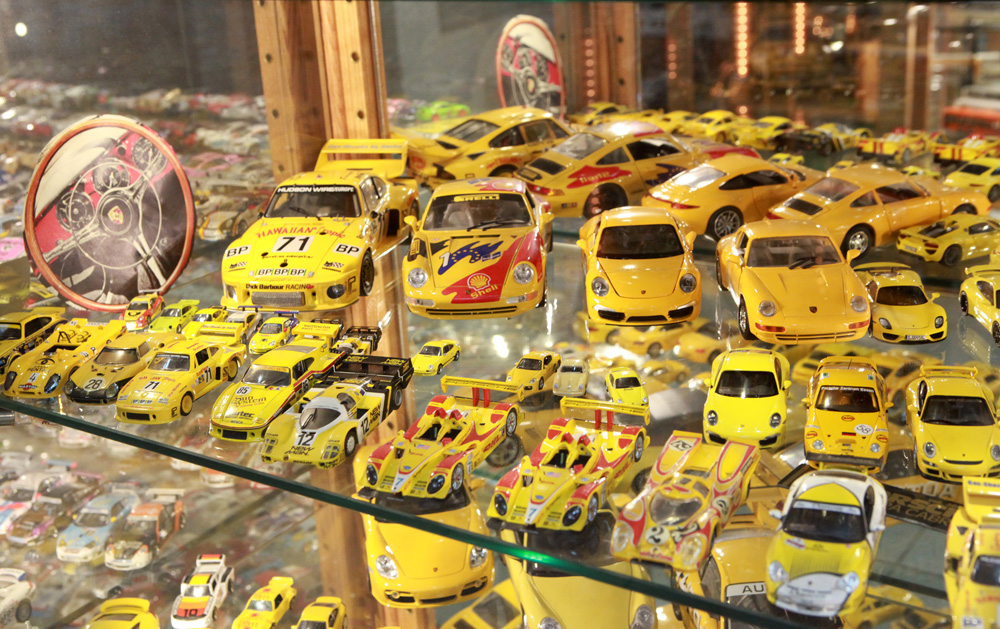 “As time passed, the number of cars increased and the collection was not limited to mini cars. There were a large number of planes, trucks and cups that I had won during my tours around the world,” said Karam. “I also had a collection of hats which I collected from the countries I visited.”

“I have a collection of 577 Diorama models which I made myself,” he said. “These express the wars that took place in the world during the past years. I decided to allocate a museum of 1,500 meters for my collection which stands at 37,777 cars of various modes, sizes and colours. I collected these mini cars over a period of 30 years to deliver a humanitarian message to the new generation in Lebanon which is to maintain public safety while driving and use the seatbelt for protection from accidents and dangers that occur on the roads.” 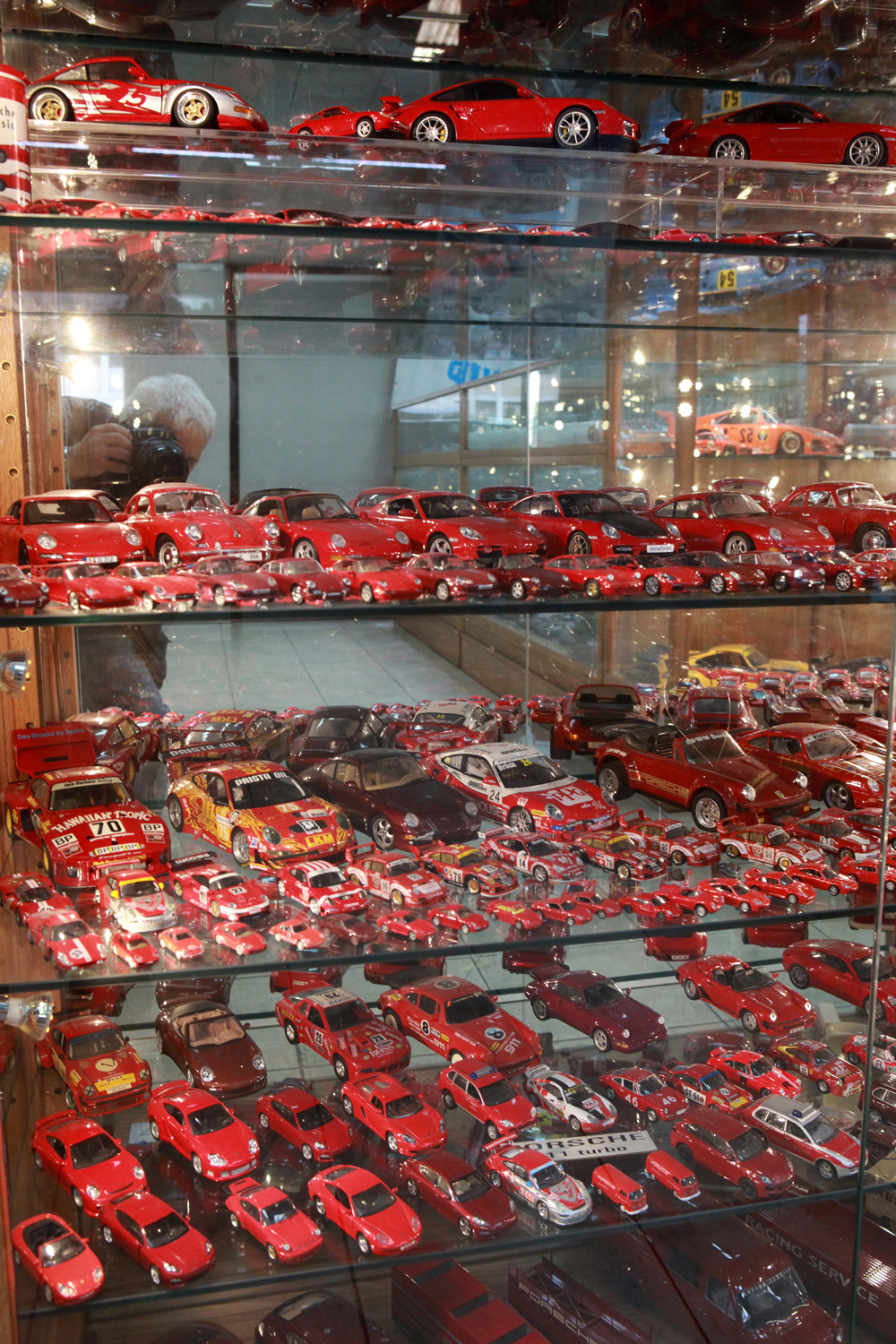 “Anyone can visit this museum for free because I am not after financial profit,” said Karam. “I hope to deliver a humanitarian message to protect our young generation from the risks of speeding. My last participation was 15 years ago in Lebanon, but I still take part in the world Rally Cross Championship in France and twice on the ice championship despite my old age, because I feel that the time to stop taking part in races is the end of my life. I don’t encourage my children to take up this sport.” 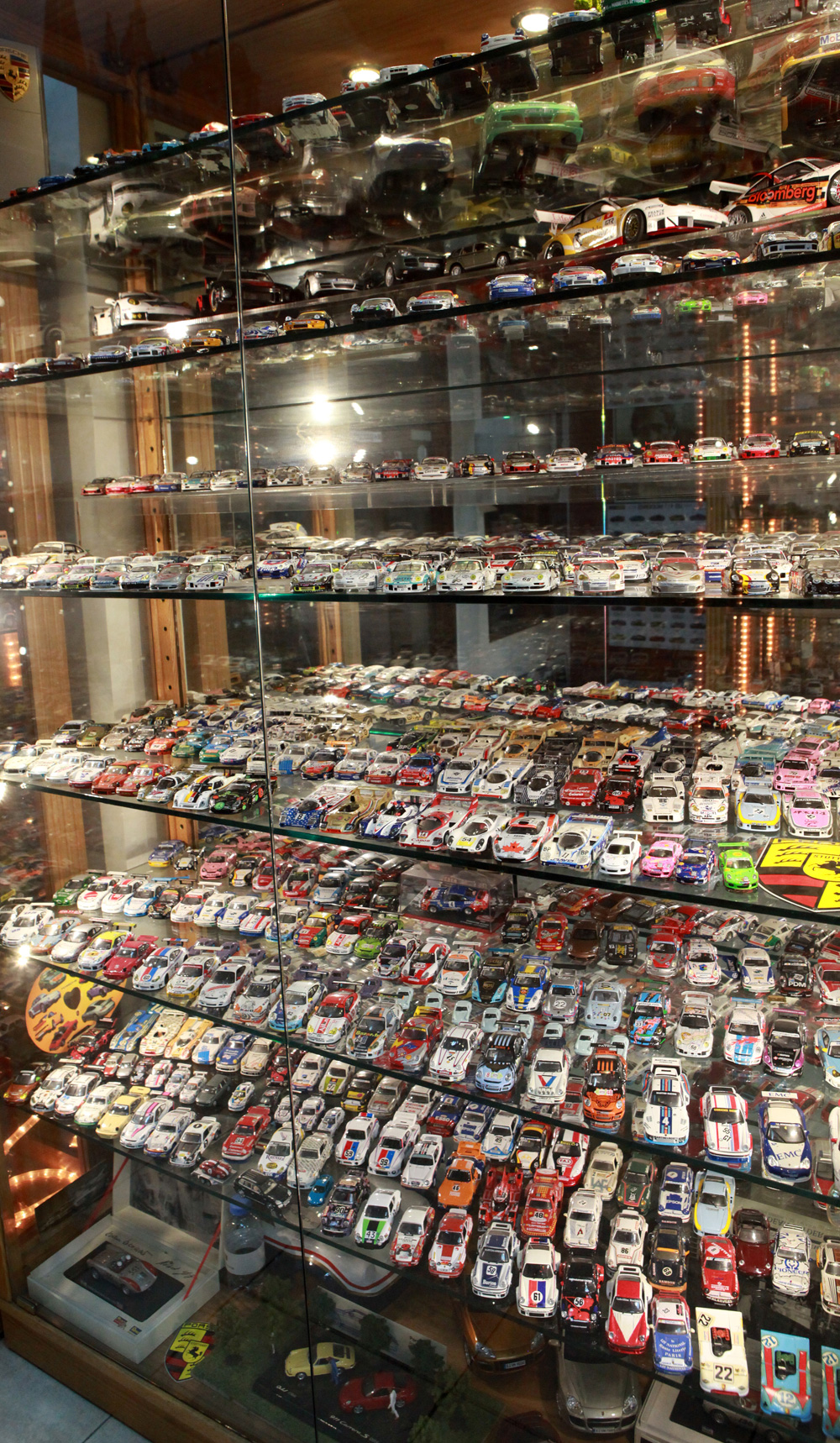 “I look for mini cars during my visit to other countries, and allocate a special time for this issue,” he added. “Around 80 percent of the mini cars found in the museum is race cars from various parts of the world, and each car has its own moral and material value. I have unique cars that have no other copies in the world.”

“I bought 1,000 mini cars a few days ago, but I haven’t exhibited it in the museum because I want to allocate a special place for them, and I also hope to make the Jurassic Park Film into Diorama, which needs a lot of time and effort.”