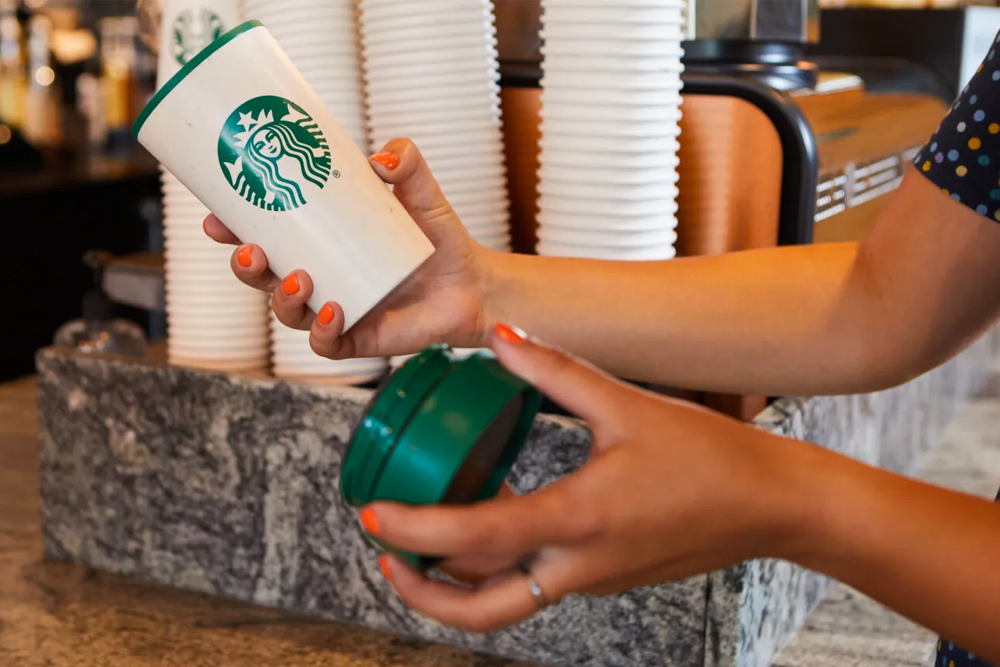 Starbucks Corp said on Tuesday it would start accepting reusable cups from customers in the United States later this month, more than a year after stopping their use due to the COVID-19 pandemic.

Coffee chains had been encouraging the use of reusable cups and thermos flasks to lower their carbon footprint before the health crisis forced them to shift to disposables last year.

The rapid rollout of COVID-19 vaccines in the United States has, however, allowed restaurants to restart dining rooms and apparel sellers such as Kohl's Corp and Target Corp to reopen their fitting rooms.

Starbucks said it would also adopt a contactless method that would eliminate any shared touchpoints between its baristas and customers bringing their personal cups.

Last week, the coffee chain announced it would offer reusable cups in stores across Europe, the Middle East, and Africa by 2025.