As well as wearing the dreamy embellished dress, the royal Saudi bride paid a tribute to her late mother.... 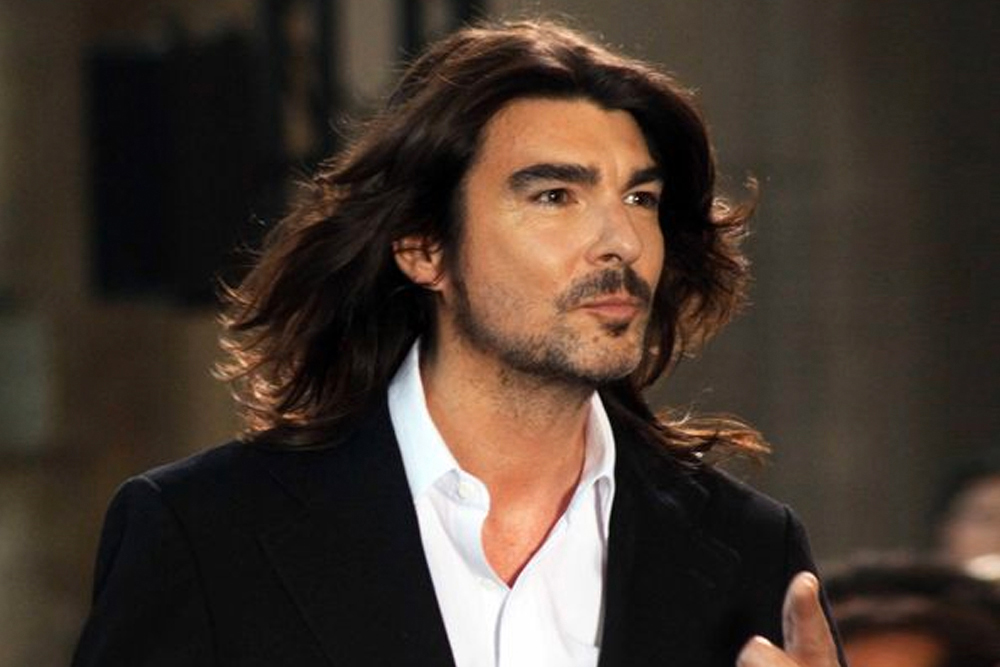 Stéphane Rolland recently revealed he was the wizzard behind the stunning wedding dress Princess Hassa bint Salman Al Saud wore to her nuptials. The Parisian couturier shared a close-up picture and a sketch of the gown he created for the Saudi royal through a couple of posts on Instagram.

For her wedding to Prince Fahad Bin Saad Al Saud, Rolland, who is known for his modern and original interpretation of couture with geometrical touches, opted for a finely embroidered gown. While sharing the intricate detailing of the crystal and pearl embellished creation on the social media platform, he captioned the zoomed in shot with:

In another post, the architecture, sculpture and photography enthusiast also divulged which tribute Princess Hassa, King Salman Bin Saud’s only daughter, wore on the white Mosarah. The bride opted for a white gold “traditional yet modern ‘Hamaa’ headpiece and cuffs” that were designed by her late mother, Princess Sultana bint Turki al Sudairi, and jeweller Jahan over 30 years ago.

Rolland, who aims to create dresses that suit women from all over the world, whatever their ages or sizes, has been open about how he has been drawn to and inspired by Middle Eastern cultures in the past.

“I am really fascinated by the culture of the Middle East, it attracts me with its mystery and richness. In a way, I am multi-cultural but I have to say the magic of the Middle East and the Arab world is irresistible,” said the designer who launched his eponymous fashion house, Stéphane Rolland Haute Couture, in an interview with “Sayidaty.”

In the same interview Rolland, who worked with Balenciaga as Artistic Manager for Balenciaga menswear after joining as an intern, touched on how years ago, one journalist described him as the Lawrence of Arabia of the haute couture world. The designer who went on to become Artistic Director of the haute couture fashion house formerly owned by Jean-Louis Scherrer after launching a ready-to-wear line also said his first visit to the region was to Riyadh.

Sayidaty sat down with Stéphane Rolland and delved into the root of his Middle Eastern influences, his desire to empower women through clothing, and the future of fashion.https://t.co/kUVWmkiHCV

“My arrival was emotional: the smell of incense and noon prayer calls took over my senses. What I love the most, besides the desert, is to wander around the old town and get lost in the little alleys,” the Ecole de la Chambre Syndicale de la Couture Parisienne student said in the interview. “Saudi Arabia is filled with wonderful and diverse sites such as the Asir region, which stands out with magnificent buildings and the beauty of its people.

The Wedding Guests
As well as members of the royal family, there were a number of celebrities, with the famous names at the joyous festivities including Iraqi singer and composer Majed Al Mohandes and Syrian singer Assala, who shared a congratulatory post on Instagram. Ahlam also wished the newlyweds well while posting a picture of a young Princess Hessa with her father on Instagram and Twitter. The Emirati superstar singer posted a special song called “Clouds of Happiness” on her YouTube page too.