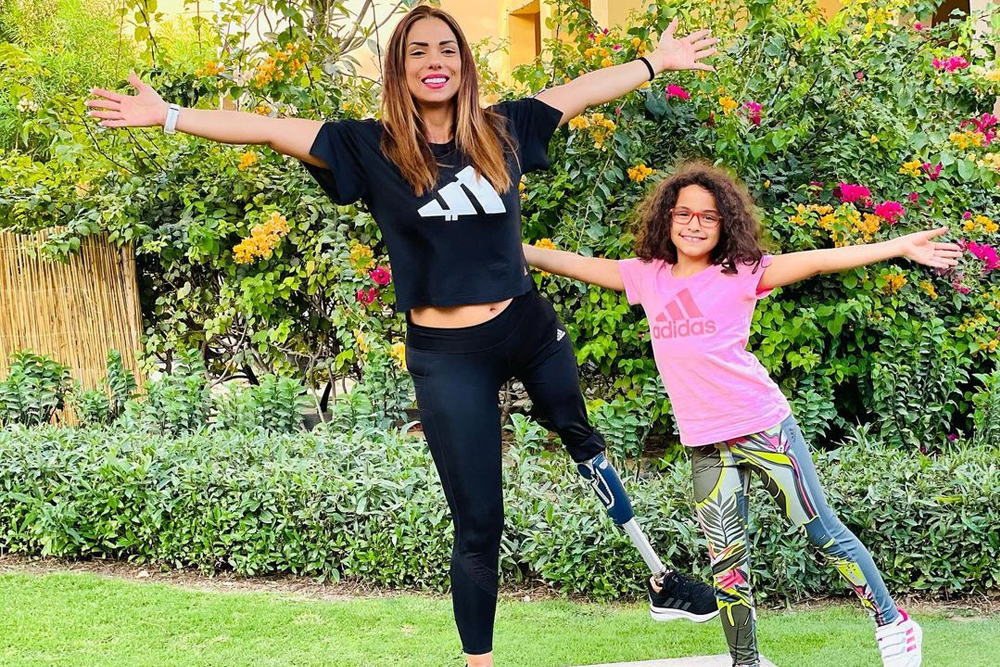 Dareen Barbar lost leg at 15 and despite the odds, the Lebanese female athlete successfully advanced in her career, and has just broken a Guinness World Record: the longest Samson’s chair sit, also referred to as a static wall sit, by a female. The Samson’s chair sit involves sitting in a squat position with your back flat against the wall, your thighs must be parallel to the floor. The position must be held, and tests not only your legs but also your core muscles.

Barbar has broken the world record after she completed the static wall sit, holding it for two minutes and 8.24 seconds. Dareen made history as the first ever female amputee to hold a Guinness World Record in the Middle East. The athlete entered the contest in the LA1 category (unilateral above-knee amputation), where the challenger has no leg from above or through the knee joint. Unilateral refers to a single leg, and Barbar obtained the world record with all the pressure on her right leg.

Prior to losing her leg, Dareen was a teen who enjoyed playing basketball for her school team, and it was after the discovery that she has aggressive bone cancer that meant her left leg needed to be amputated due to the pain she was suffering.

After feeling defeated in thinking that she could never walk, let alone play sport again, the amputee athlete could get a prosthetic leg and underwent rehabilitation to learn how to walk again. After a speedy and determined recovery, Dareen Barbar took part in a four-kilometer marathon in Dubai. She commented on the feat and said that it was a monumental achievement for her because she never walked that distance in one go as an amputee.

Speaking about breaking the Guinness World Record, she told a local publication, “Wall sit wasn’t part of my daily exercise routine; I had to plan and train for a month before the attempt. This exercise is all about muscle endurance and strength in the quads,… hamstrings and glutes. I did the exercise and progressed every other day keeping a healthy diet which includes drinking a lot of water and taking magnesium to ensure optimum performance. I will keep training until next year to break my record.”

Dareen’s win has also started the launch of the Guinness World Records Impairment Records Initiative, which currently sees 23 classification categories for physical, intellectual, and visual impairments. The classifications will apply to all sports, strength and ‘journey’ records. This initiative also means that hundreds of record titles could be got by people with impairments from all over the world, allowing for amateur athletes and people with a keen interest in sports to make history.