How To Watch The Friends Reunion In The Middle East 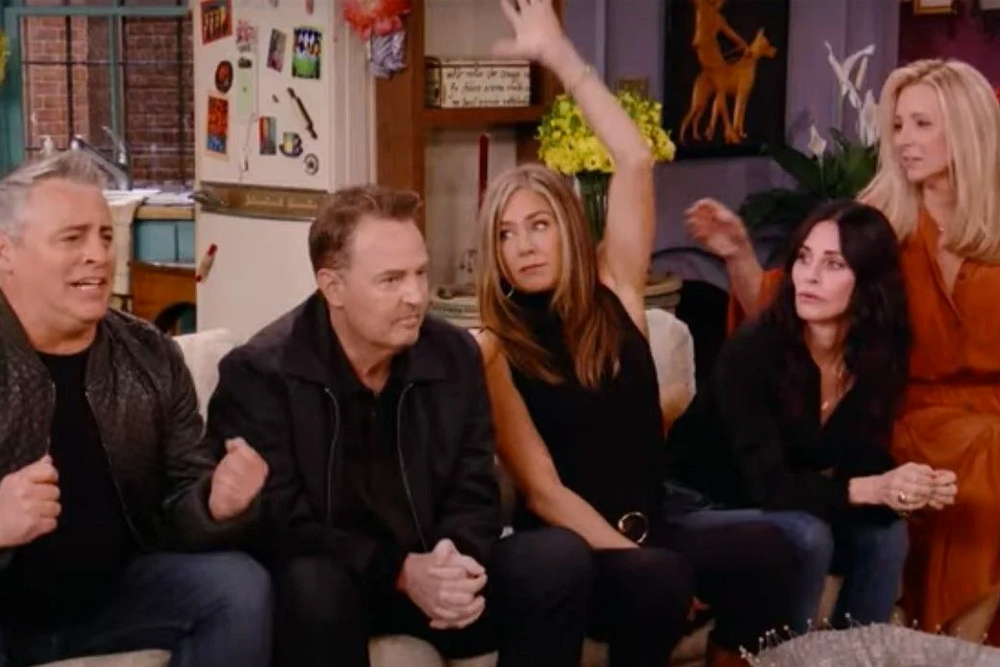 It’s finally here! The Friends Reunion special will premiere in the Middle East, exclusively on OSN at the same time as the world release – meaning if you’re in the Middle Eastern region, you can set your alarms and tune in on the day it launches – May 27th 2021.

The iconic characters return to the famed loft – the one with the purple door – to recreate memorable scenes from the show, re-read lines, and feature in an interview with TV host and comedian, James Corden.

The TV special will also give viewers a chance to see what the relationships between their favorite Friends characters were like off the set too! In the released reunion trailer, Courtney Cox is seen saying, “It was an incredible time, we became best friends,” while Lisa Kudrow admits, “We have such a bond from this show.” Jennifer Aniston is also seen telling her co-stars “I love you guys so much,” as they have a group hug.

The Friends Reunion special was filmed in early 2021, and stars 18 celebrity guests including, Maggie Wheeler (Janice), Tom Selleck (Richard), as well as musical artists such as Lady Gaga, Justin Bieber, and more.

Get your snacks ready for an hour filled with laughter and a lot of memories! The show will be available to stream in the Middle East on OSN and in the US on HBO Max on May 27th 2021.