With Paris Haute Couture Week and then New York Fashion Week set to follow, the fashion pack will get to relive that electric energy of being in a room for a live show.. 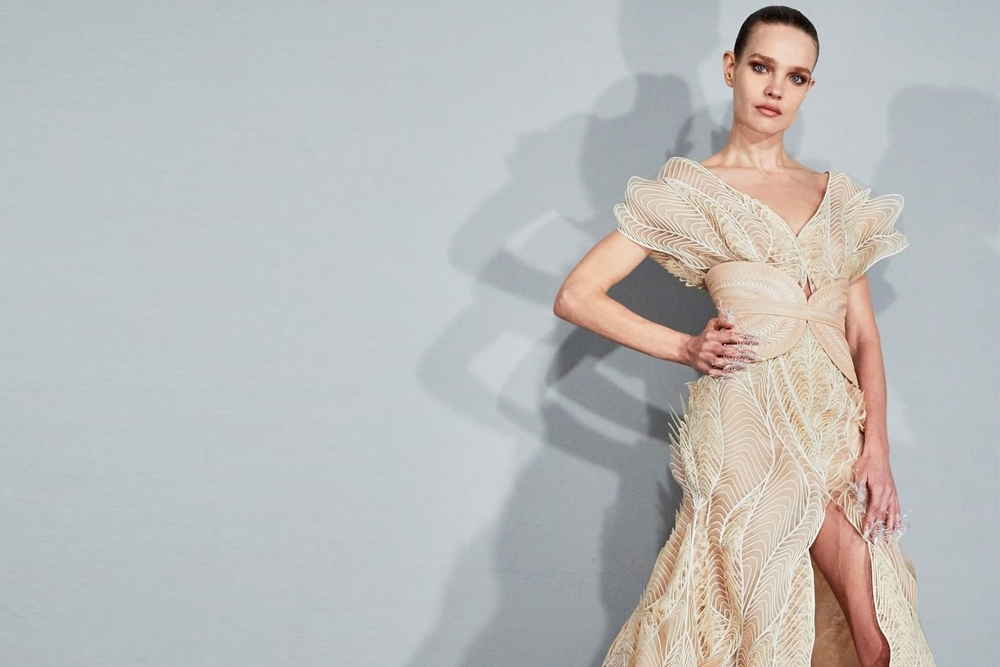 From the mayhem and madness to the intense energy, international crowd and pure excitement about fashion, it’s difficult to replace live runway shows. There’s nothing like getting dressed up and sitting among fashion-loving executives, editors, celebrities and influencers to watch how the latest must-have pieces move while models sashay down the runway. And after a pandemic-driven hiatus, fashionistas are understandably eager to feel all those sensations once again, starting with Paris Haute Couture Fashion Week. With the event getting the green light, the comeback of in-person fashion shows is underway and the scene is being set for what could turn out to be a thrilling season.

Cancelled or postponed? Here’s what we know so far on the big four fashion weeks.#COVID19https://t.co/QiDIFinOIL

During haute couture week, scheduled for 5-8 July, brands will be allowed to stage physical fashion shows to showcase their autumn-winter 2021 collections to in-person audiences, the Fédération de la Haute Couture et de la Mode (FHCM) confirmed. The body that oversees the fashion industry in France, which has been in the process of loosening its pandemic restrictions, has also approved in-person audiences to menswear week (June 22-27).

“Depending on the evolution of the sanitary situation, the physical events may welcome guests in accordance with a specific health protocol and conform to measures determined by public authorities,” the federation said in an official statement.


The upcoming shows will take place in accordance with crowd limits and health precautions that will be defined by French authorities, according to FHCM. Chanel was the first brand to verify welcoming a live audience as others are sure to be gearing up to present traditionally too. Some of the highly-anticipated events during couture week include Sacai designer Chitose Abe for Jean-Paul Gaultier and Balenciaga’s re-entrance. The house will present couture for the first time since its founder, Cristóbal Balenciaga, closed the atelier in 1968.

Paris Couture Week’s Historic Addition
The Fédération de la Haute Couture et de la Mode has invited buzzy designer Kirby Jean- Raymond of Pyer Moss as a guest member for the autumn 2021season. The Brooklyn-born designer is the first Black American to be invited by the organisation, which welcomes fashion brands that don't have the official haute couture qualification to present on its official schedule every season. Jean-Raymond, who attended The High School of Fashion Industries in Manhattan, will be unveiling the luxury streetwear label’s first-ever haute couture collection. After launching Pyer Moss in 2013, Jean-Raymond has ensured it stays on the rise, attracting the likes of Kamala Harris, Michelle Obama and Tracee Ellis Ross.

Other new guest members this season will include Balenciaga’s Demna Gvasalia, Vaishali S, a Mumbai-based designer working with Indian female artisans, Ulyana Sergeenko, Imane Ayissi and Christophe Josse. The Middle East will be represented by Georges Hobeika and Zuhair Murad.