Using lavender, an ode to the wild lavender flowers that beautify Saudi’s desert landscapes in spring, is all about embracing and promoting one of the Kingdom’s national symbols. 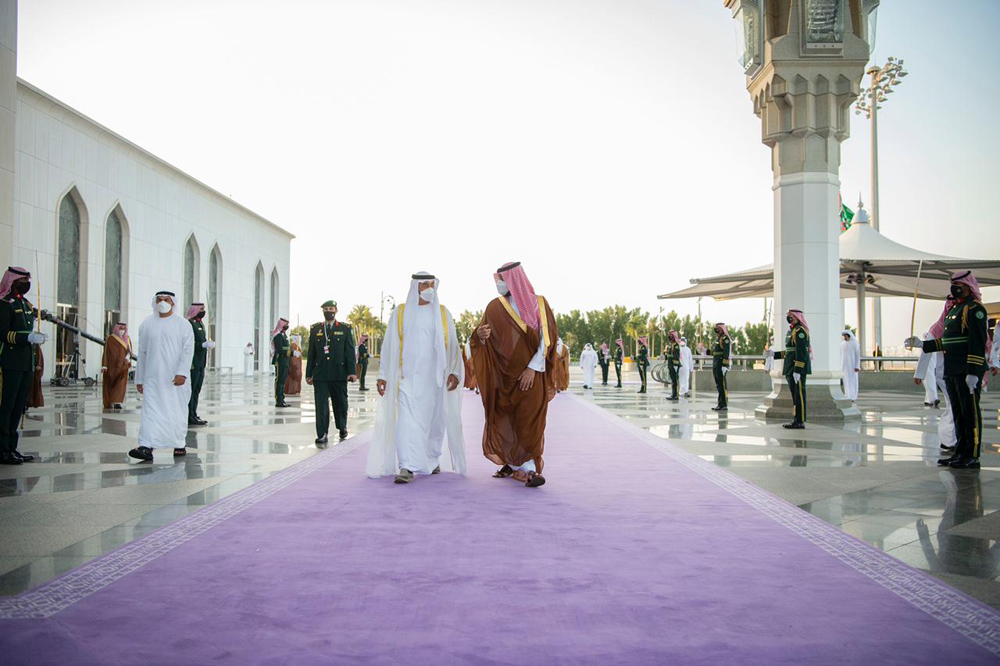 Images via The Saudi Press Agency

Saudi Arabia switched the colour of ceremonial carpets from traditional red to lavender. The move, a joint initiative by the Ministry of Culture and Royal Protocol, is one of the ways the Kingdom’s national identity is being celebrated via its cultural symbols. 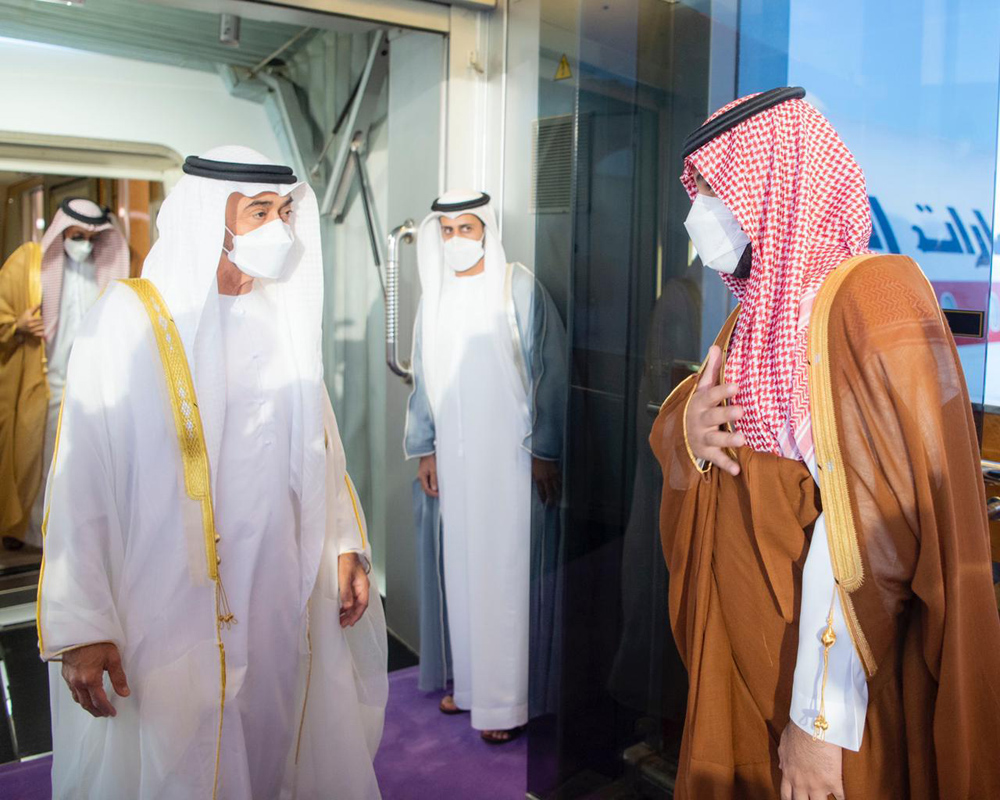 The lavender ceremonial carpets, which will be rolled out for visiting dignitaries to show authentic Saudi hospitality and generosity, are a tribute to the beautiful and strong wild lavender flowers that are feted across the Kingdom. Symbolising Saudi’s rich heritage, the blossoming wildflowers carpet the Kingdom’s desert landscapes in the spring, adding a splash of colour amid the harsh scene. 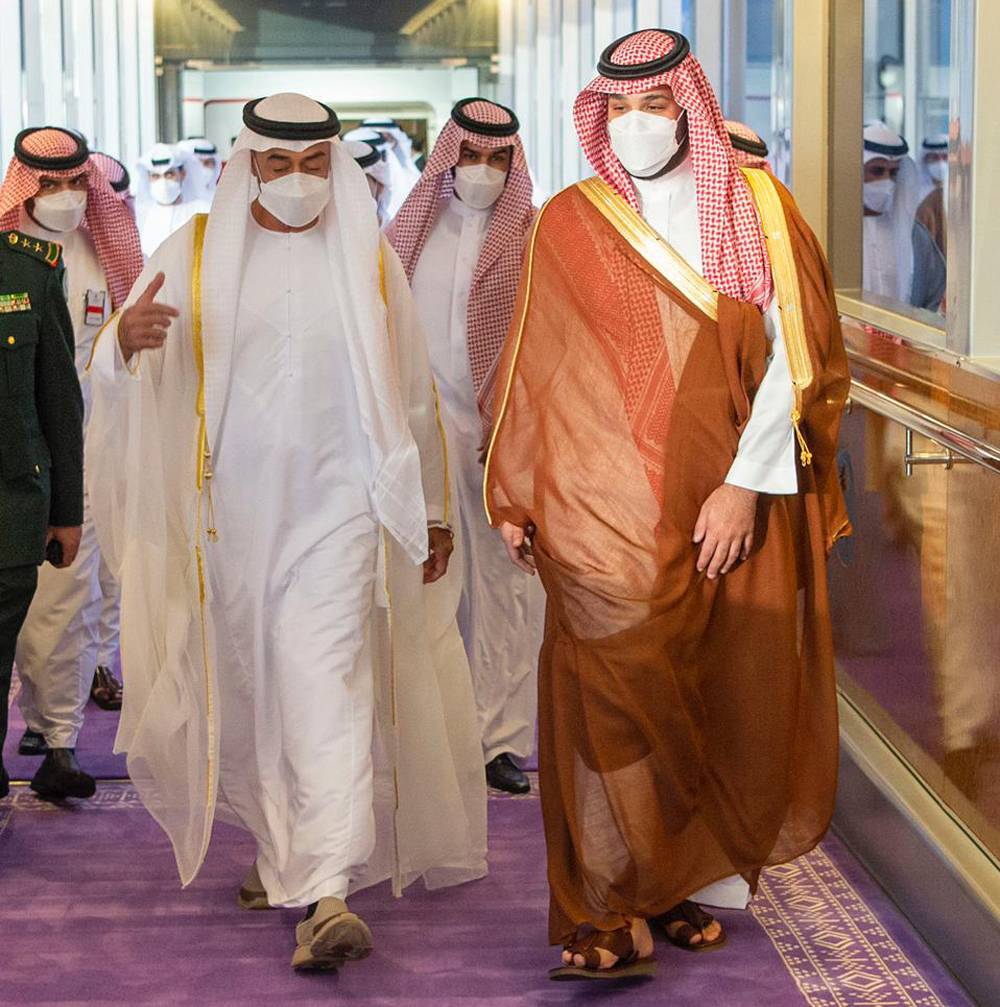 To add a special Saudi touch, the carpets will be trimmed with traditional Al Sadu patterns, incorporating the unique Saudi weaving craft that is listed on UNESCO’s Representative List of the Intangible Cultural Heritage of Humanity. 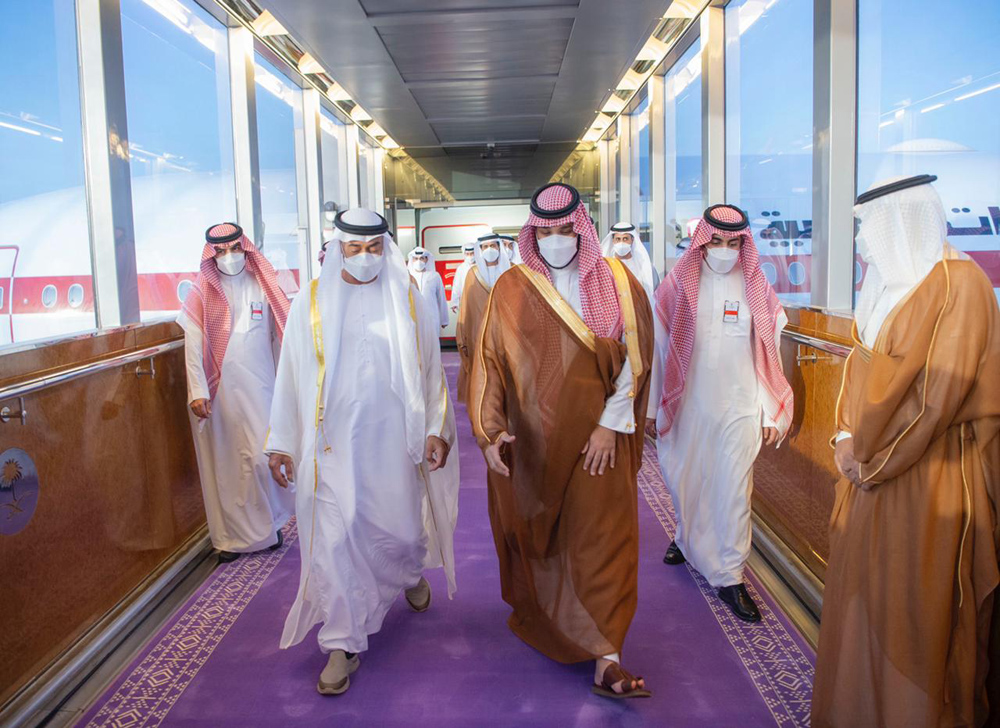 The initiative reflects the Kingdom’s transformation, driven by Vision 2030, and its aspirations for the future. And it follows other national proposals, including the publication of an art acquisition guide for government agencies and institutions. Through these kinds of schemes, the Ministry of Culture, which is aiming to bolster the presence of Saudi heritage and culture, is introducing the Kingdom’s national symbols to the world.

About Al Sadu
A traditional Saudi handicraft usually practiced by women, Al Sadu weaving has been passed down through the generations. After wool from camels, goats and sheep is spun and dyed, it is used to create geometric patterns inspired by the region’s landscape. The weaving technique can be seen across the Kingdom and was used in the design of the logo for the G20 Summit 2020, hosted by Saudi Arabia.