As the world heads into what is being called the fifth industrial revolution, Geek Express is one of the game-changing K-12 schools offering a hybrid learning model accessible to all. 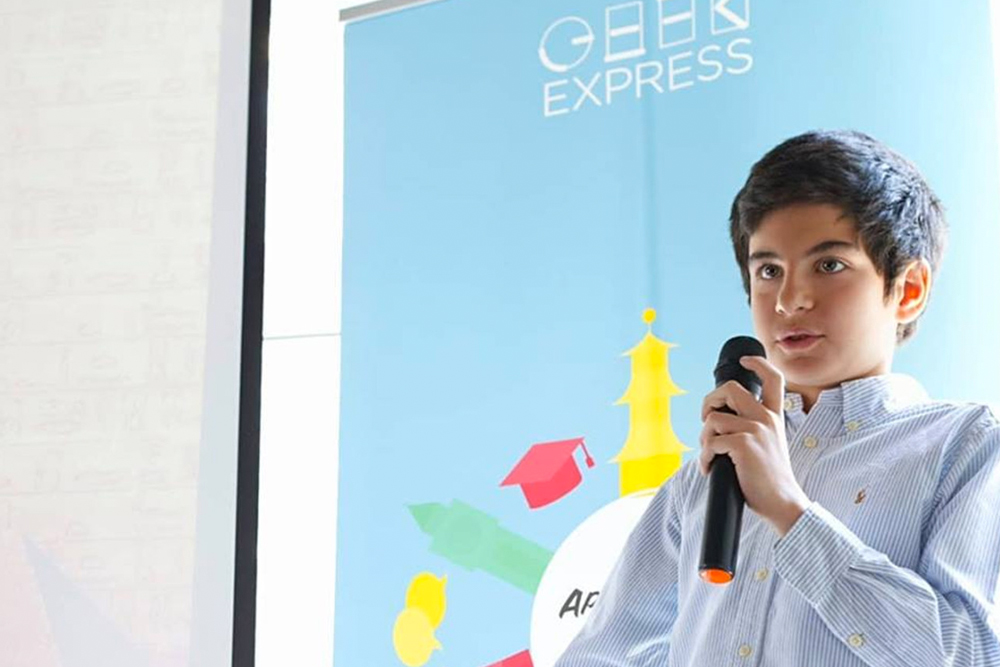 More and more jobs are requiring STEAM (science, technology, engineering, art and math) skills. By 2030, demand for candidates to fill coding and technology positions is expected to surpass supply. These jobs of the future often bring technology into traditional careers—think of robot-assisted surgery—and include disciplines such as engineering, computer science and digital marketing. Lebanese Manal Bahlawan, who was recently announced as one of the three 2021 Cartier Women’s Initiative fellows from the Middle East and North Africa, became aware that access to STEAM-based educational content in the region was limited. And her goal became introducing an alternative to existing options such as educational toys, in-person learning centre classes, or YouTube videos, which didn’t provide a cohesive, customised learning experience.

Although Bahlawan initially launched Geek Express with her kids in mind, her venture is now helping students pave a path to studying STEAM at university and landing STEAM jobs.

“I am not a techie,” she says. “I started Geek Express selfishly for my kids, because I really wanted technology training to be easier and more accessible. There was a barrier that shouldn't exist.”

The American University of Beirut graduate and her partner opened a gallery called Geek Express in Saifi Village, an artistic neighborhood in Beirut’s Central District, selling memorabilia, collectibles and street art. When they discovered littleBits Electronics, a Lego-based learning game invented by a Lebanese woman, they decided to offer it for sale. But parents were reluctant to buy the product because they were uneasy with the technology.

Geek Express began running two-hour Saturday workshops where kids could work on littleBits projects. Kids took projects home, with parents relieved not to be responsible for teaching. Soon the workshops began to stretch for the whole day.

“The first group of 20 kids became 100. Eventually we decided that Geek Express needed to become an ed-tech platform that teaches technology in a fun and accessible way,” Bahlawan, who has also worked in investment banking and the owner of a bespoke knitwear brand, said.

Today, Geek Express offers a programme that teaches STEAM skills to K-12 students worldwide. Students engage in a hybrid learning model accessible to all through live online coding classes and bootcamps, home-delivered DIY boxes and self-paced video lessons. They can switch among these learning media for a custom experience and as they do so, they can compete internationally and accumulate points to earn badges.

While coding video games, apps and websites through live sessions, students are guided by experienced, qualified instructors who are Microsoft-certified, multi-lingual and STEAM-skilled. Chiefly university students, their jobs with Geek Express help them to pay their tuition.

Courses include Novice Track for the youngest students, Apprentice Track for 10 to 12-year-olds and Microsoft Track for over 13s. And Bahlawan is proud to share that “at any point, at least 50 percent of our students are female.” She explains this is exceptional as internationally, the usual ratio of girls in STEAM is about 20 to 30 percent.

The entrepreneur’s goal is to expand the adaptable learning journey and make Geek Express the top ed-tech hub in the region. This year sees Geek Express launching in the UAE, while Saudi Arabia, Egypt and Bahrain are also on the horizon.

“There is a huge demand worldwide for STEAM skills. These skills could produce researchers who find cures for cancer or solve the problem of global warming,” Bahlawan says. 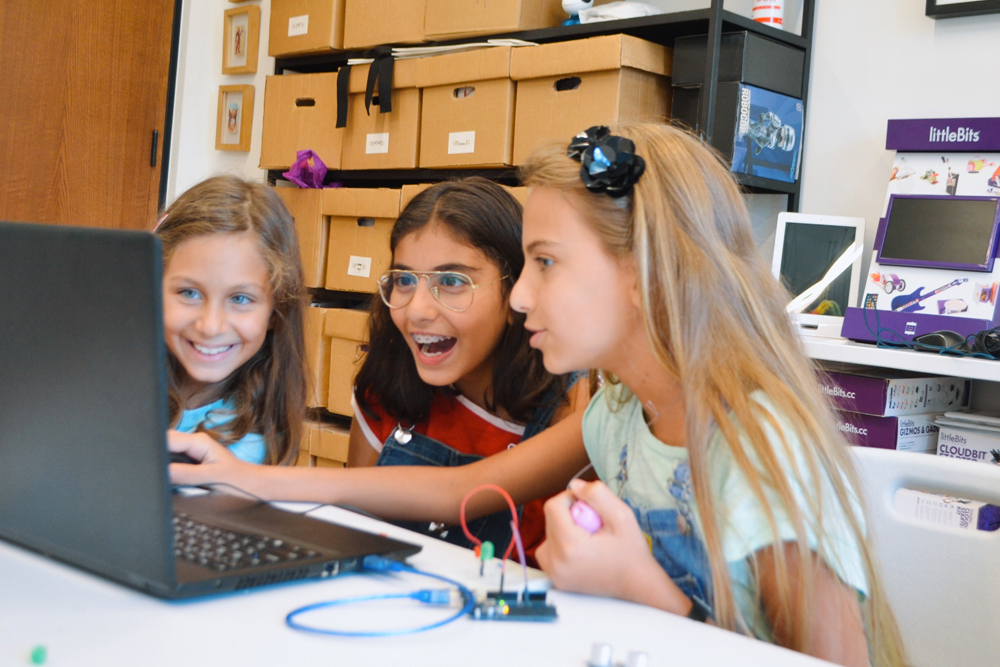 Did you know?
Studies show that learning to code at a young age improves logical thinking and has positive effects on children’s cognitive abilities. Other benefits of coding for kids include problem solving, communication skills, creative thinking and math performance.

About The Cartier Women’s Initiative
Since 2006, the Cartier Women’s Initiative has helped women reach their full potential by shining a light on their achievements and providing them with the necessary financial, social and human capital support to grow their businesses and build their leadership skills. The programme is open to women-run and women-owned businesses from any country and sector that aim to have a strong and sustainable positive impact on society as defined by the United Nations Sustainable Development Goals.

This year, the programme has launched the Science & Technology Pioneer Award. In addition to the seven existing Regional Awards, three more women impact entrepreneurs at the forefront of scientific and technological innovation will be recognized. Open to women entrepreneurs from any country and sector, this award will highlight disruptive solutions built around unique, protected or hard-to-reproduce technological or scientific advances.