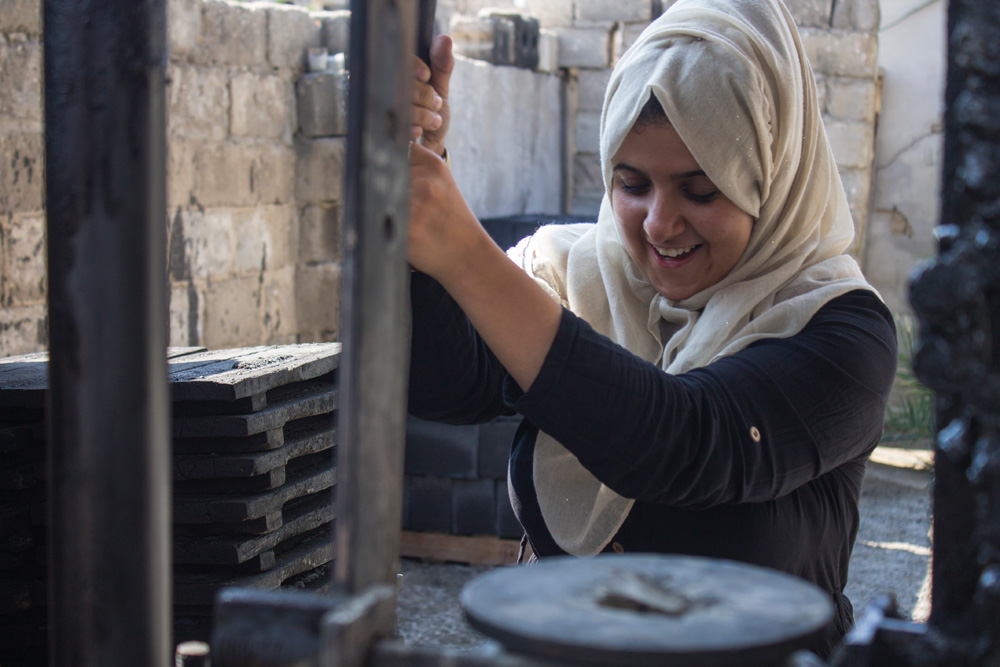 The sea of rubble that dominates the Gazan landscape was a daily sight for engineering student Majd Mashharawi. Most of this rubble was the only testament remaining from the 18,000 Palestinian homes destroyed during the last Israeli siege in 2014. But more than the tarnished skyline, Mashharawi was troubled by the families who were unable to rebuild their homes due to the blockade on building materials by Israel, severely limiting their availability in Gaza. So along with her friend and fellow student Rawan Abdulatif, Mashharawi decided to get creative and utilise the one material that Gaza had in abundance; waste.

Israel first flagged building materials as dangerous over a decade ago in 2007, arguing that they could be used by Hamas to build tunnels and bunkers for military purposes. Since then, Gazans have been left in desperately short supply of cement, aggregate and sand and have found themselves unable to afford the debilitating cost of the limited amounts being allowed in. This has left 65,ooo residents displaced since 2014, waiting in limbo for their chance to rebuild their homes.

“Gaza has been subjected to extreme situations such as three wars in 6 years and forced siege for 10 years. This has created a product and material shortage in the strip especially with respect to the construction materials, where the demand of building units is increasing annually,” Mashharawi said.,“When I was a student in the fourth year of college I was thinking, ‘How can we put an end to this misery?” 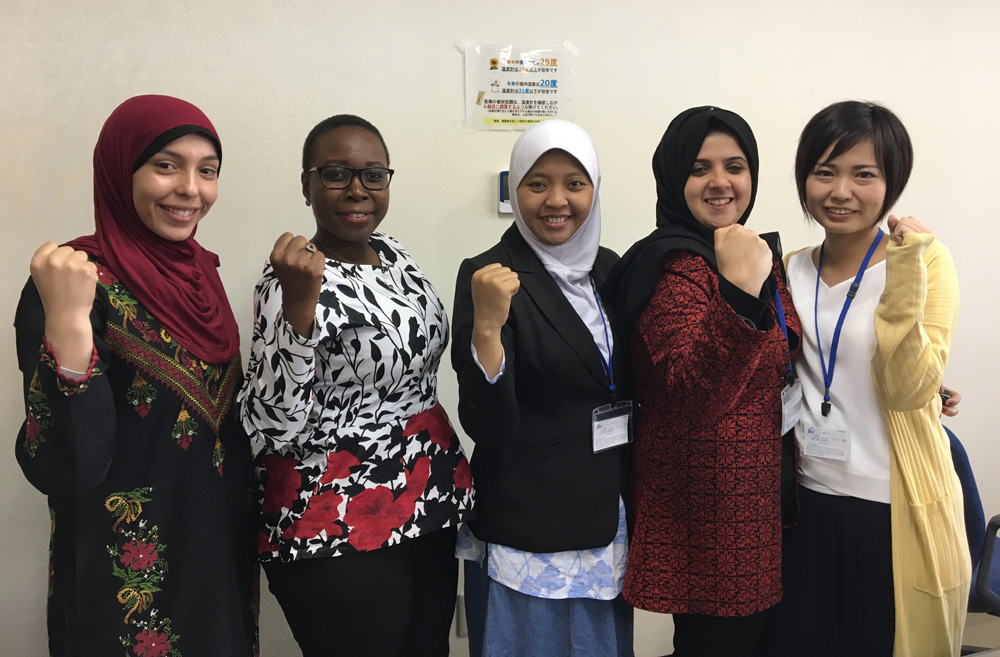 From there began a long and arduous process of testing different waste materials to find a combination that worked. One of their first experiments resulted in the creation of “papercrete”, a block that utilised waste paper instead of sand and aggregate. Although it provided an ideal solution for recycling paper (paper is not currently recycled in Gaza) it was more expensive to manufacture than a regular cement block so the idea had to be abandoned. Mashharawi and Abdulatif (who no longer works with the company) then began experimenting with clay blocks, but this idea too had shortcomings due to the high levels of energy needed to fire the clay, making it unsustainable.

Their final experiment involved ash, a byproduct of burning coal and wood, and the most popular energy source in Gaza. Mashharawi and Abdulatif were concerned about the pollution of groundwater caused by the burial of 7 tonnes of ash each week and decided to use it as the main component for their sustainable block. 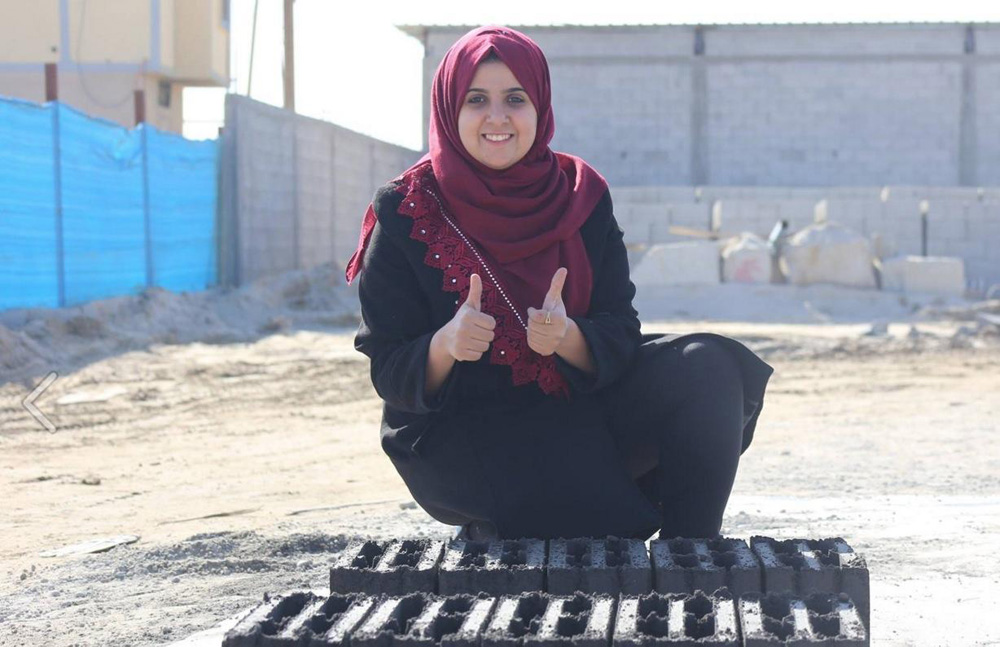 “The world is facing a major environmental impact due to the inefficient action caused by industries around the globe,” Mashharawi said. “One of the major contributions in this environmental catastrophes is coal combustion, which results [in] huge amounts of ash that are disposed of without concern for the environment.”

But the process was difficult with over 100 samples failing compression tests and the laboratory where she worked doubting her idea would ever come to fruition. But Mashharawi didn’t give up and after 6 long months found the formula she was looking for - and the GreenCake block was born.

The name GreenCake was chosen due to the airy structure of the block, which resembles a light cake. Apart from the benefits of being half the weight of its cement counterpart, GreenCake is also half the price, making it more affordable for Gazans to buy. Along with the environmental benefits of using ash, the block is also cured through a steaming process, rather than the energy consuming kilns that are traditionally employed for cement. 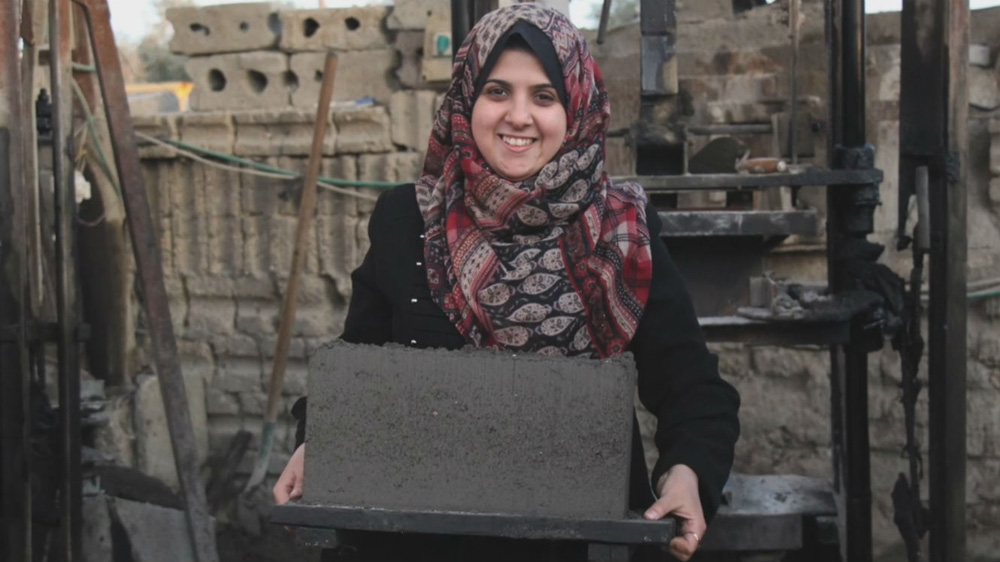 Transitioning from a prototype to a fully-fledged company, however, was extremely difficult and Mashharawi considered retiring her idea. Her acceptance into the Japan Gaza Innovation Challenge boot camp came just in time, giving her another chance to develop GreenCake. After winning first prize, Mashharawi’s prototype was taken to Japan for testing and she was allowed to travel there in order to ameliorate her product.

GreenCake blocks were successfully used in the construction of an external wall in September 2016. With support from a local startup incubator Mobaderoon III, Mashharawi received the business knowledge needed to rent a space in a factory, employ 10 construction workers and begin a small scale production. 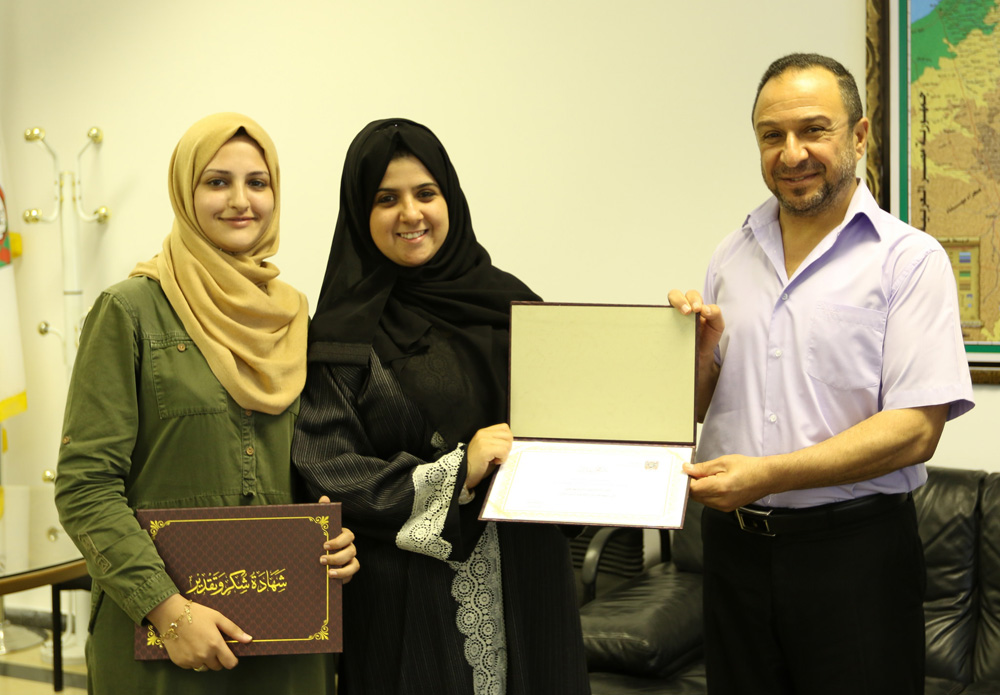 “ [I] took a step to show the world the power of a Palestinian woman as a nation builder and developer,” she said. “I believe in that there are no limitations to our abilities if we use them significantly to serve our world.”

Indeed, being a woman made it difficult for Mashharawi to be taken seriously by her community and she found it challenging to convince her family that her gender should not dictate her future.

“People are very traditional – they think women are supposed to stay at home and cook and have babies, not work like men, especially in the field of construction,” she told Fast Company. “Whenever I went to the factory, the workers looked at me and said, ‘Oh, lady, just step aside and we can do your work.’ Many of my relatives told me, ‘Instead of wasting your life doing your blocks, go and get married.’ It was very hard in the beginning for society to accept the fact that women can do something.” 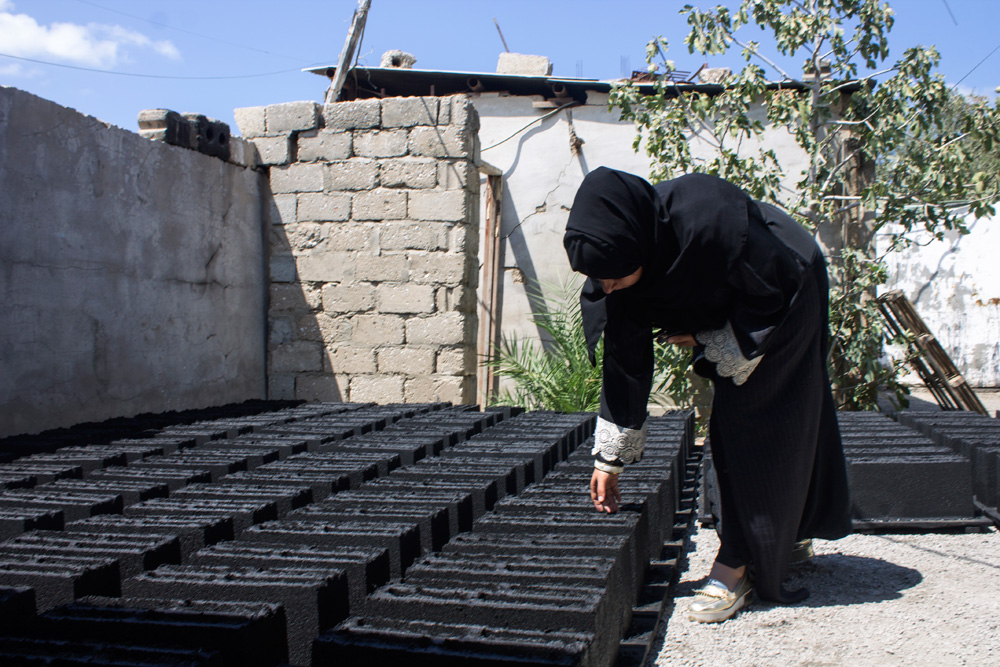 Determined not to give up on her dream of rebuilding Gaza, Mashharawi has launched a crowdfunding campaign and is hoping to start a full-time production line in the occupied territory. She is also a finalist in the 2017 Index Award, which aims to shed light on innovative and sustainable solutions to the world’s most pressing problems. But Mashharawi’s focus is not only on expanding GreenCake, she is also using her newfound platform to advocate for more international funding in Gaza, allowing budding entrepreneurs like herself to reach their full potential.

“[Gazans] stated that women are not suitable for [an] engineering major as it requires hard working and muscular abilities. [I have] faced rejection with huge determination and [a] strong belief that ladies are the next leaders of the world.”