Congrats on paving the way! 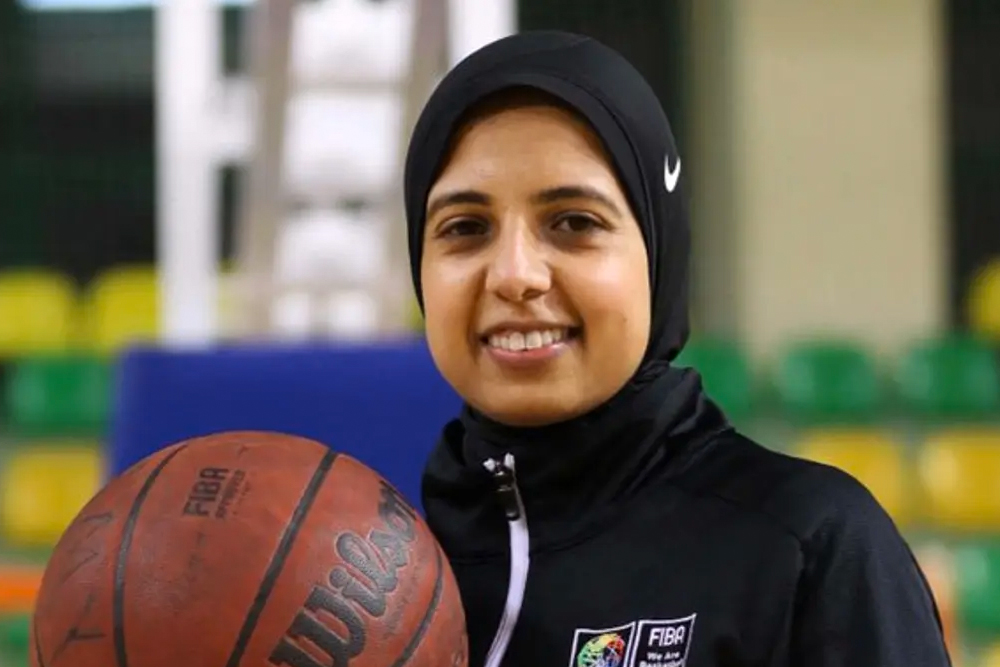 When 3-on-3 basketball makes its debut at the Tokyo Olympics, referee Sarah Gamal will also be making a breakthrough, as an Arab and African woman officiating at the Games. Wearing a black veil emblazoned with a sports company's logo, Gamal stands tall among the high-flying male players at Alexandria United Club, a powerhouse of Egyptian basketball with a rowdy fanbase.

"From the start of my journey as a referee, I haven't heard one negative comment or faced any obstacles to me being a veiled woman. The veil for me is normal and doesn't cause any problems," the 32-year-old told AFP. The International Basketball Federation (FIBA) changed its rules in 2017 to allow players to wear the hijab (veil) under certain conditions. 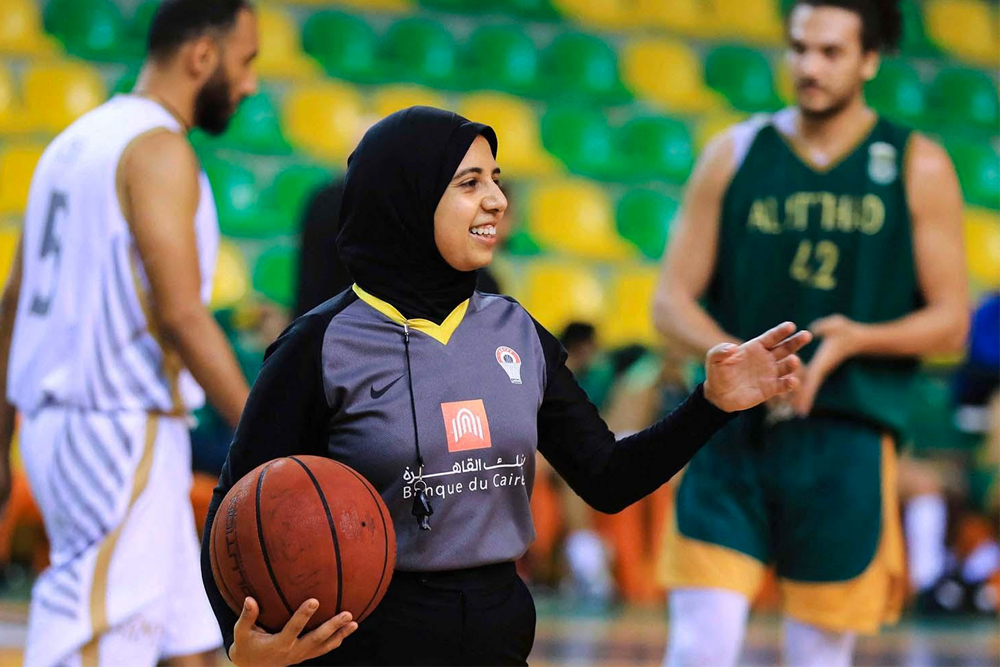 To attract a younger international fanbase, FIBA adopted the 3 on 3 competition popular on public courts around the world before the format was added to the Tokyo Olympic programme in 2017.
Games are played on a half court with one basket, as opposed to the traditional end-to-end full-court play in the five against five game. To win, a team must reach 21 points first or outscore their opponents over two 10-minute halves.

Gamal has had plenty of experience blazing a trail for aspiring women referees and players including at the FIBA World Youth Cup in 2018 in Belarus and at the African Women's Championship in 2017.

"The veil hasn't affected my refereeing in any tournament so far and to prove it I'm ready to take on the Tokyo Olympics," she said. "My thinking is focused on training and proper preparation to perform at this important event." Working in a male-dominated industry as a civil engineer in Alexandria, she is not afraid of officiating male athletes on hardwood courts. 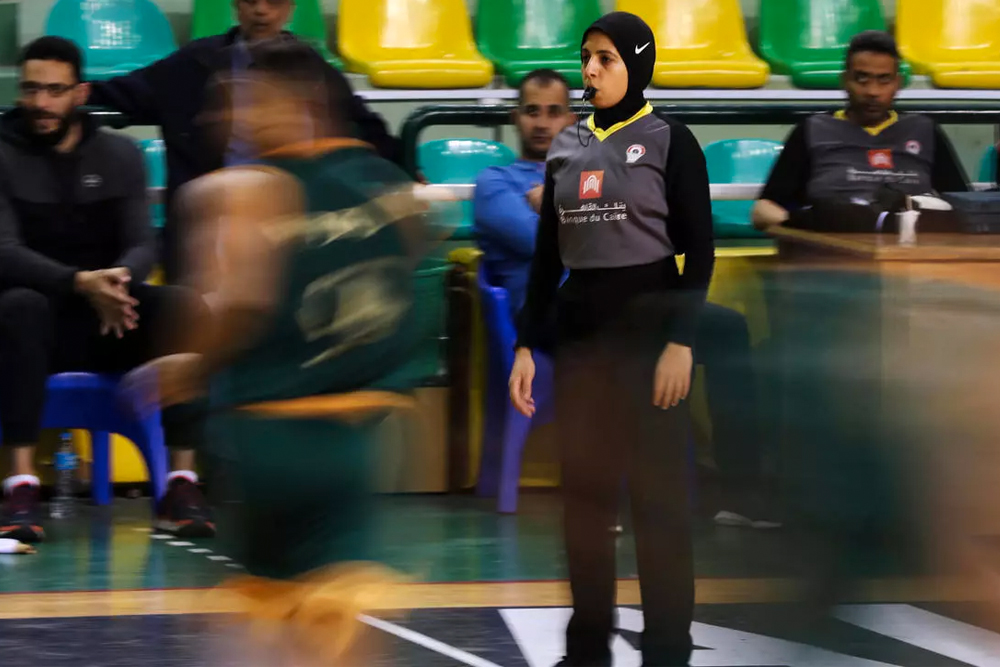 "I have refereed men's games in the past and I have had a lot of success running them which garnered the confidence of Egypt's refereeing committee... It's the usual for me."
Gamal fell in love with the game at five years old learning from her older sister.

"I was five when I started hooping. That helped me to organise my time between studying and training. It's all thanks to my mother, who ran a tight ship, until I reached university and studied civil engineering," she told to AFP.

"It was difficult, especially since it's a field that requires studying hard and exerting a lot of effort mentally," she said. She is eager to show off her skills and experience at the Olympics.

"My family is still beaming with the news of my selection. It's a great reward for all the sweat and tears I've had to go through in recent years," said Gamal. She started as a player and switched to refereeing at 16 "because I had a great passion for a deeper understanding of the rules. My family has been completely supportive."

Aziza Sbaity is arguably the nation’s most celebrated athlete today, described as the fastest woman in Lebanese history.https://t.co/t76tvRu4dB

"There's nothing that really scares me, but I do feel responsible," Gamal added. She stressed that her family are fine with her travelling during a global pandemic provided she takes precautions.
"My family are a bit worried when I travel... but that has not diminished their enthusiastic support to me," Gamal said.

As she prepares to hit the court in Tokyo, Gamal has her sights on her next goals. "I want to make it to the men and women's World Cups and to maintain the trust the international body has put in me so far."