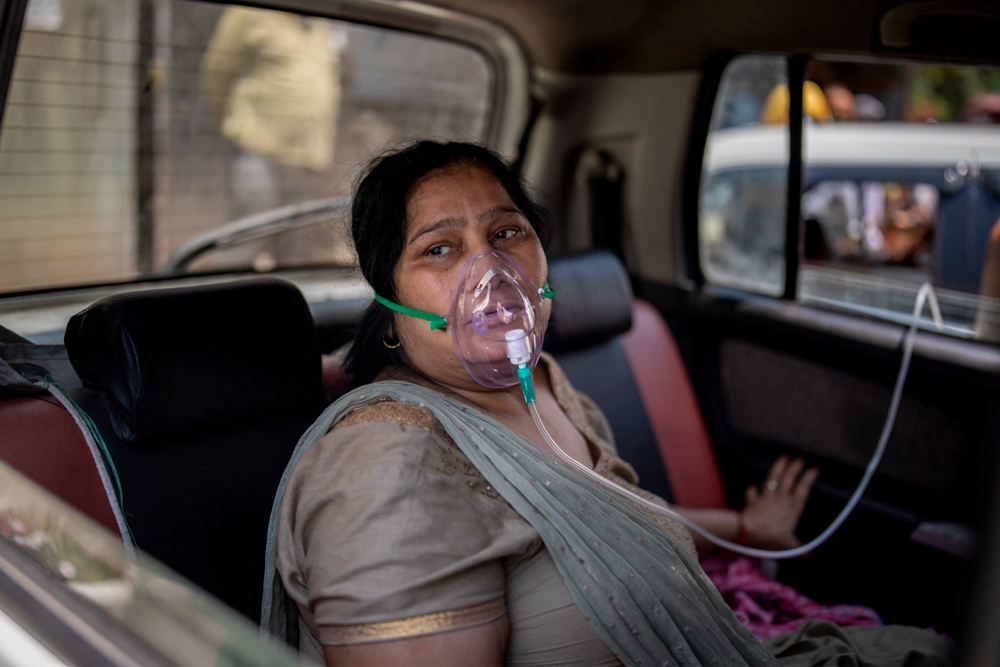 India is currently suffering a major humanitarian crisis in the wake of a deadly wave of the COVID-19 pandemic. Hundreds and thousands of people are queuing up outside hospitals, with many dying from not being treated because they can’t afford it. Hospitals are ill equipped and death rates are soaring due to the country’s dwindling supply of oxygen.

On Sunday, Saudi Arabia came to the rescue by shipping 80 metric tons of oxygen to India to help alleviate shortages of it, whilst over 300,000 new cases of COVID are being reported daily.

Saudi Arabia’s supply of oxygen to India has been possible with the cooperation of the Indian conglomerate, Adani Group, and Linde, a British chemical company. Following the shipment from Dammam which will offload in Gujarat, the Indian embassy in Riyadh took to social media to tweet, “The Embassy of India is proud to partner with Adani Group and M/s Linde in shipping much-needed 80 metric tons of liquid oxygen to India.”

Saudi authorities shipped 80 tons of life-saving liquid oxygen to India, aiding the country as supplies run dangerously low due to a surge in COVID-19. The shipment was coordinated with India’s Adani group and Linde company.

Adani Group Chairman Gautam Adani also tweeted, “The first shipment of 4 ISO cryogenic tanks with 80 tons of liquid oxygen is now on its way from Dammam (port in Saudi Arabia) to Mundra (port in western state of Gujarat).”

Earlier this year, Adani came under some scrutiny as hundreds and thousands of Indian farmers are protesting against three new agricultural laws passed by Prime Minister Narendra Modi's government, which the farmers say will destroy their livelihoods by giving private corporations more control over the sector – and Adani has been accused by farmers for his vested interests with these laws and close ties with the Indian PM. He has since refuted these claims and denied any involvement in these inhuman laws.

#COVID19 has become a public health crisis in #India leading to a collapse of the healthcare system@paimadhu @zchagla and myself developed this infographic (w/help from @drjoelklinton) with tips to advise people on how to care for themselves at home. Please share! pic.twitter.com/bLHTpy4m9G

The wave of the pandemic that India is currently suffering has led for major cities including the capital of Delhi, being under the immense pressure of the high numbers of patients needing urgent care. At present, there are shortages not only of oxygen, but hospital beds and medication, with many patients being extorted for medication that is in short supply.

On Friday 23rd April, there were 25 simultaneous deaths of patients at the Jaipur Golden private hospital in New Delhi due to doctors being concerned about the shortage of oxygen, and subsequently turning off the pressure on the oxygen being administered to the patients who had a chance of survival. With the highest numbers of cases being reported daily, Delhi requires around 700 metric tons of oxygen per day – but is only receiving around 380, causing many people purchasing oxygen tanks from a booming “black market,” – they don’t know where its from – but families of patients are putting themselves at risks to obtain oxygen by any means necessary to save their loved ones.

With regards to the current Covid-19 situation in India,
World’s tallest tower BurjKhalifa in Dubai displays #StayStrongIndia to express solidarity with India.pic.twitter.com/smHhWCQVBN

Many external charitable organizations are also aiming to supply free oxygen and required medications to those in desperate need, whilst hospitals turn away patients they cannot accommodate.
Amid this major crisis, India has launched a new operation entitled “Oxygen Friendship,” to ask various countries to help them with their oxygen supply and procurement, including Singapore and the UAE, which could save millions.

Anil Trigunayat, former ambassador and international affairs expert, told Arab News about his appreciation for Saudi Arabia’s gesture in helping India, “We greatly appreciate this friendly gesture from the Kingdom of Saudi Arabia. Saudi Arabia is a strategic partner of India and as a friend, it has risen to the occasion when India is experiencing an unprecedented surge in COVID-19 which has stressed India’s medical infrastructure because of a shortage in oxygen supplies,” he said.